Not just new cars, but classics, too. 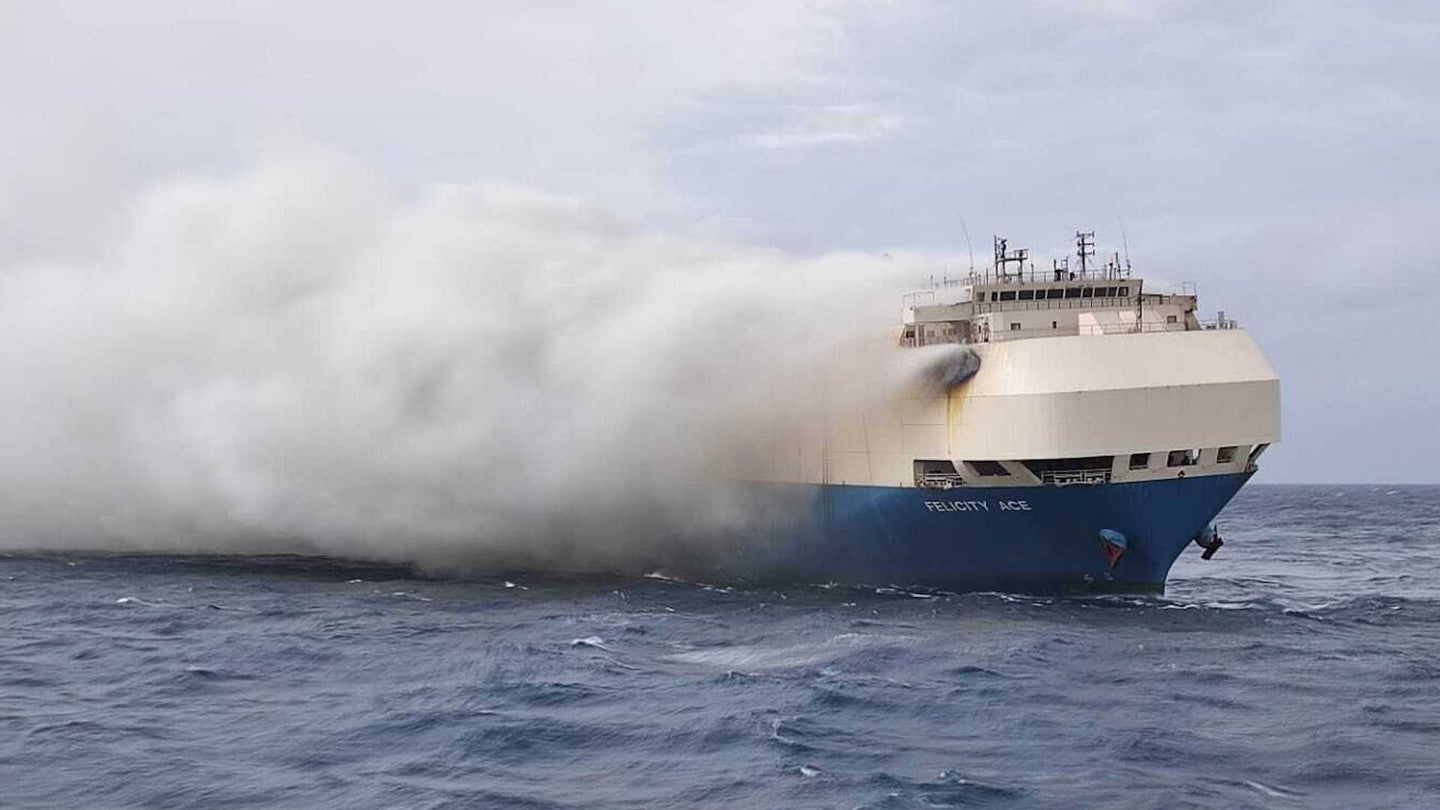 The car-carrying vessel Felicity Ace is currently 10,000 feet under the ocean surface off the coast of Portugal after catching fire last month, and now we know exactly what cars went down with it. The ship was primarily transporting Volkswagen Auto Group vehicles—lots of Porsches, Bentleys, and some scattered Lamborghinis among them—but there were, sadly, a few irreplaceable classics on board as well, according to reporting from Top Gear.nl.

The manifest reveals the specific numbers of vehicles that had already been confirmed on board: 15 Lamborghini Aventadors (representing the final production run, which Lamborghini is now gearing up to replace), 20 Huracans, and 50 Uruses, for a total of 85 Lamborghinis now resting on the ocean floor. Audi lost 846 vehicles, Porsche saw over 580 cars lost, and Volkswagen 523 cars (some of which were non-US models intended for Mexico and Central/South American markets, likely alongside the 3 Seat Atecas lost). Bentley lost 190 cars alone, which represents a not-insignificant chunk of the 14,659 cars the company built in total last year.

Unfortunately, there were a few cars on board that aren't as easily replaced. A 1977 Land Rover Santana (a licensed knock-down kit of a Defender) was on the manifest, as well as a 2007 BMW 750i, alongside a late-model Kia Soul, Mini Countryman, and Nissan Versa Note. Also lost was a Porsche 718 Boxster GTS 4.0 listed as a "tourist vehicle" on the manifest, which was likely a private owner's personal car. More upsettingly was that the 65th Honda Prelude SiR ever built, on its way to a new owner Stateside, was also lost before the owner even got to see it in person. The Drive contacted the Prelude owner and more details will be forthcoming on that specific car.

While luckily material possessions are replaceable and there was no loss of life from the fire or the subsequent sinking, it still just sucks as an enthusiast to see so many cars end up on the bottom of the ocean. It's a waste of what were once perfectly-usable cars, and losing a long-awaited project like a rare Prelude that hasn't been made in decades is a loss for car culture in general. And then there's the ecological impact of the fire and sinking, too. Just a terrible situation all around.

Got a tip or own that Honda Prelude? Contact us at tips@thedrive.com