With 28,000 miles on the clock, it’s fair to say the Ferrari was no garage queen. 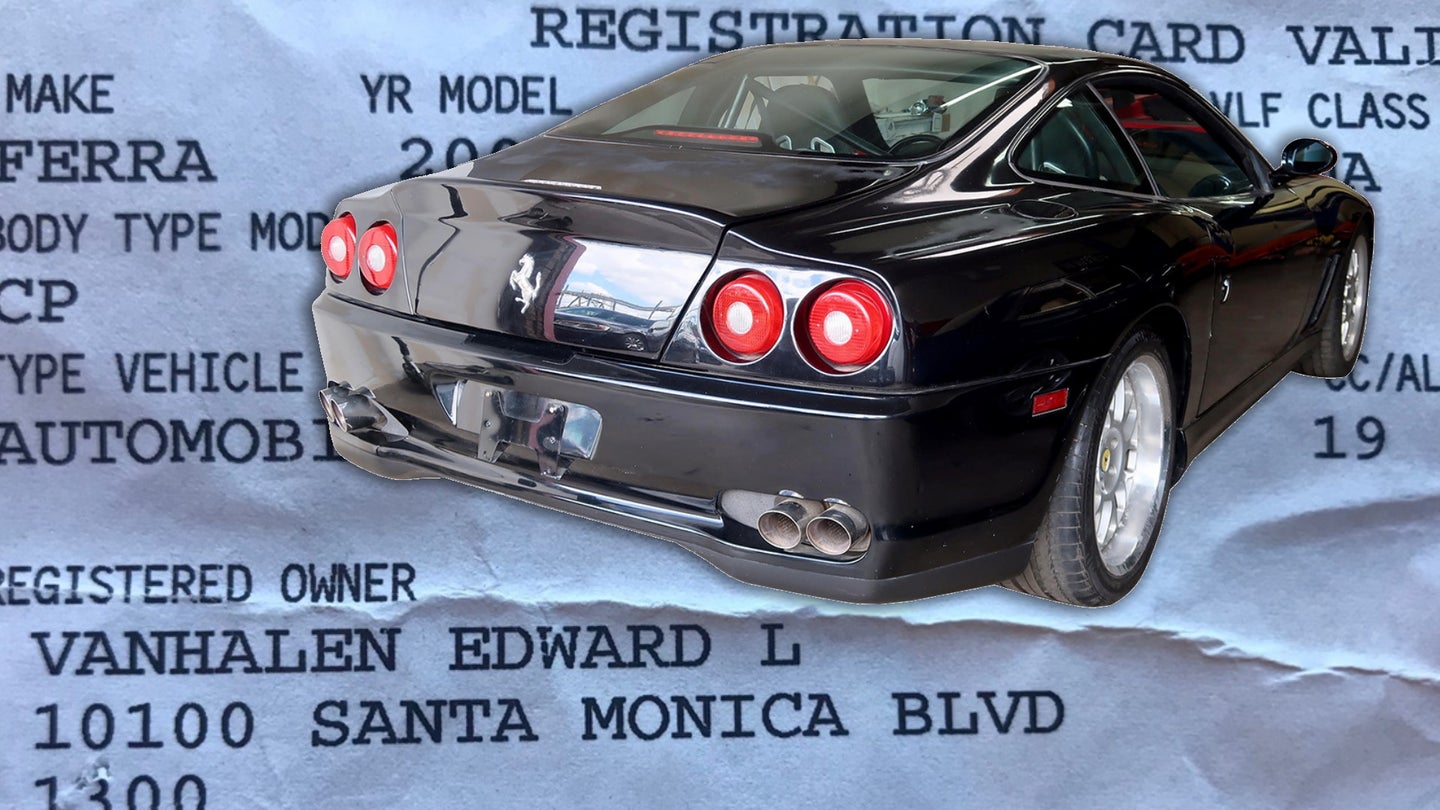 Rock legend Eddie Van Halen unfortunately passed away at age 65 back in October, making a bad year even worse. In the time since, the world's been reminded of his car hobby, which included more than a few stellar collector examples. He owned a beautiful red Lamborghini Miura, a Porsche 911 GT3 RS and a pair of Audi R8s—one V8 and one V10. The car in question now, though, is a 2000 Ferrari 550 Maranello track car once owned by Van Halen that's headed to auction. Lightly modified to go racing, it's being sold on Gottahaverockandroll.com, with a reserve of $200,000.

The car was bought by Van Halen to race with his brother, according to the ad, and it's apparently far from stock. It has aftermarket bucket seats, a roll cage, and racing harnesses instead of regular seatbelts. That all complements the 550 Maranello's standard running gear, which includes a 5.5-liter, 485-horsepower V12. Like every other example, this one comes with a six-speed manual transmission and a gated shifter; no automatic transmission was offered.

This particular example has 28,000 miles, so it's been well-enjoyed over the years. Mechanically, it's said to be in excellent condition as a result of service by "the top Ferrari mechanic." Their words, not ours, but it's safe to assume Eddie Van Halen had connections. He reportedly owned the car for about a year before selling it to a friend, meaning the famous rocker didn't own it at the time of his passing.

Gottahaverockandroll.com says it will issue a certificate of authenticity along with the vehicle when it's sold, ensuring that it won't be mistaken for a regular black Ferrari any time soon. It's expected to sell for somewhere between $250,000 and $350,000.