Biker Nearly Flies Off Raised Drawbridge After Smashing Through Gate

Life is not 2 Fast 2 Furious, and you cannot jump drawbridges at will. 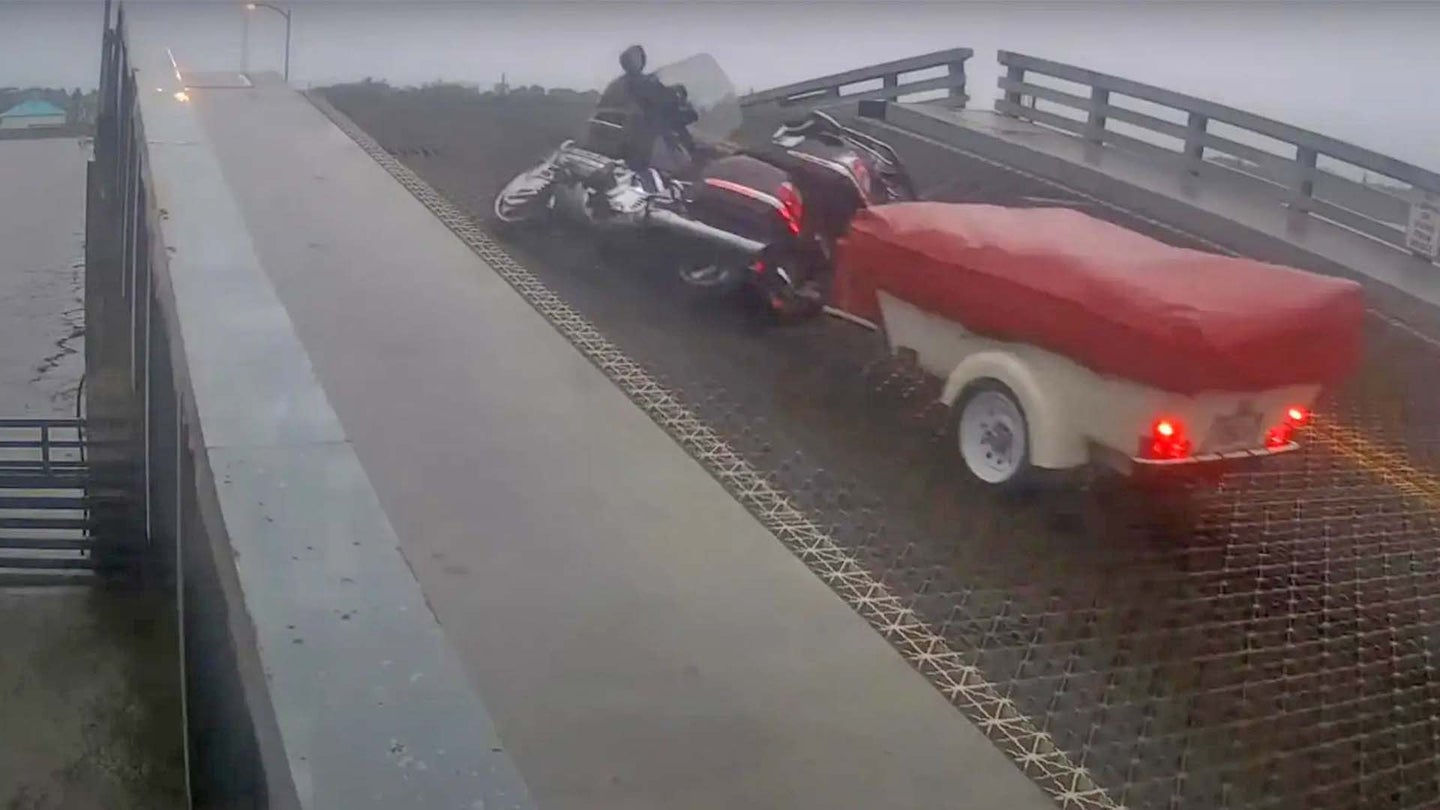 Bike Week in Daytona Beach is a mainstay of American motorcycle culture, having started in 1937 on the beaches of Florida's motorsports city. The event, which routinely draws in crowds of over half a million, is bound to result in mishaps with that many riders hitting the streets in still-cold early March, and one rider has had quite the run-in with one of the city's drawbridges.

Video obtained by the Daytona Beach News-Journal from the Main Street drawbridge shows a rider towing a small trailer crashing directly through a closed bridge gate, jumping off his motorcycle on the raised bridge, and leaving his bike precariously dangling off the end of the chasm. If this bridge looks familiar, that's because it's the same span that a rogue Hyundai driver got airborne over within the past year.

It comes on the heels of a variety of other recent Florida bridge accidents, one of which was tragically fatal. Luckily, the rider from Georgia in this instance narrowly avoided serious injury by ditching his bike before falling into the Halifax River. Unlike those other recent incidents, where bridge operators have been either investigated or fired for negligent operation, this falls solely on the rider's shoulders, as the video shows that the gates were clearly down before he approached the bridge.

The rider stated in the accident report that he was wiping his helmet visor of rain and missed the closed gate, although Google Maps streetview imagery shows that there is also a signal before the twin gates that flash and block the entire road. The rider's helmet also rolls off in the final seconds of the video, which may suggest it was unbuckled. Either way, at an event with as much traffic, wet roads, and cold pavement as Daytona Bike Week, please make sure that your gear is as safe as it can be before hitting the streets.