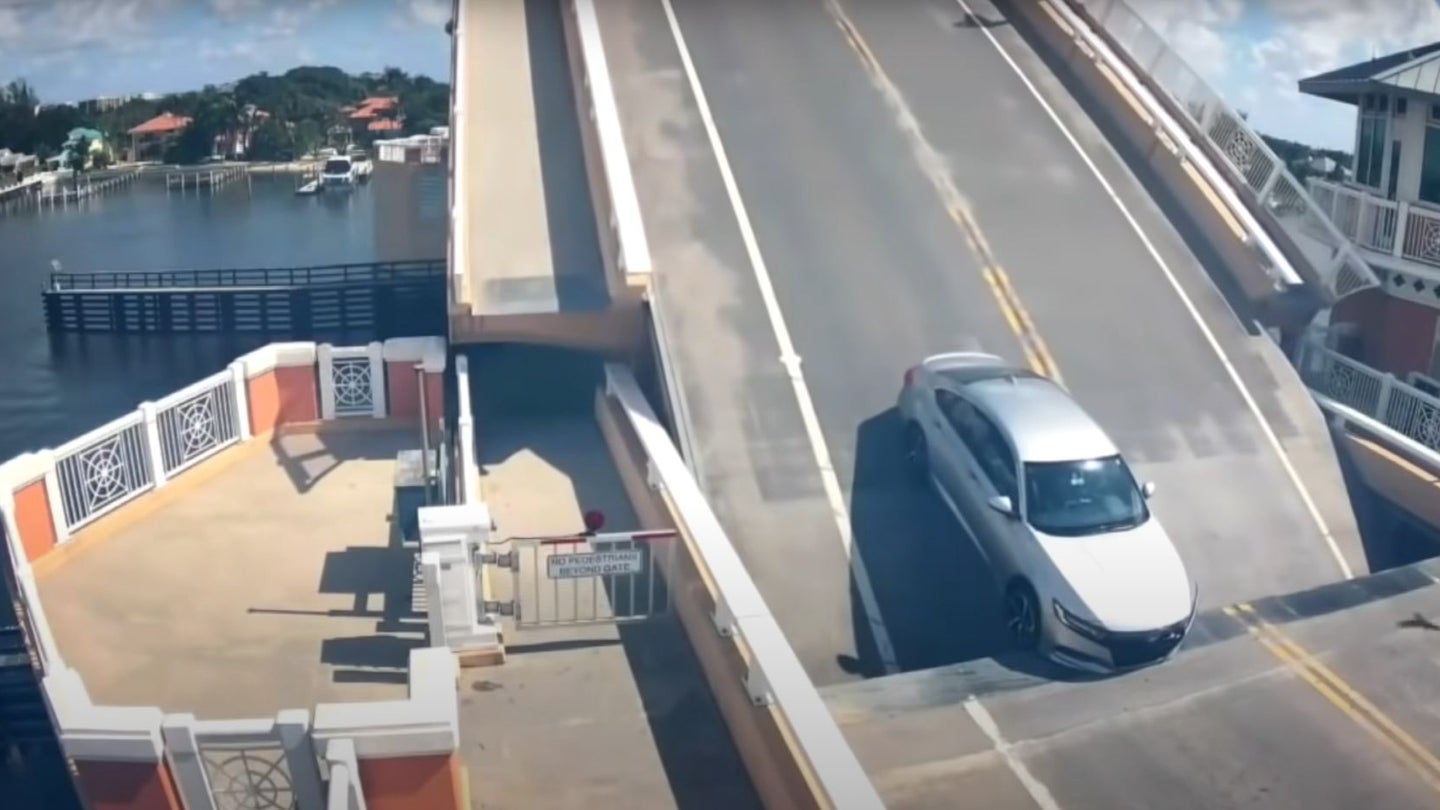 A drawbridge opening with a car still on it isn't just something that happens on the silver screen. It's actually a valid fear in real life, and we've seen it more than once. Now, to add to the medley of drawbridge-related nightmare kindling, a driver in a late-model Honda Accord found themselves trapped between a crossing gate and a gap on a drawbridge in Lantana, Florida.

Footage of the incident was obtained by local news channel WPTV. It shows the Accord beating the first set of crossing gates before being blocked by the second. The driver then stops, apparently waiting to be let through, but the bridge instead raises with the car mostly still on it. As the back half of the Accord is lifted skyward, the nose digs into the asphalt and starts to slide.

Apparently, the gap the car spanned between the bridge and the road revealed a 40-foot plunge into the Intracoastal Waterway. The driver was able to escape their Honda safely but not before an understandable bout of panic.

The drawbridge operator—known as a tender in infrastructure parlance—stated in an interview with WPTV that she "did not see" the car on the bridge until after it had closed. They've since been fired from their job with Palm Beach County.

The video and bridge tenders' firing actually took place in October. However, it only just surfaced recently due to investigative reporting surrounding another drawbridge tragedy from Feb. 6 of this year. In that incident, a 79-year-old woman fell to her death on an opening drawbridge in Palm Beach while crossing on foot. Local police are currently investigating the matter.

While it's never a good idea to intentionally dodge crossing gates, especially with deadly forces in play, the long nature of drawbridges and the extreme heights they reach demand extra attentive operation. This was a failure on multiple parts, but at least no one was hurt this time.

Got a tip or question for the author?