This vicious crash demonstration is a sobering reminder that we should obey all traffic signals—and wear a seatbelt. 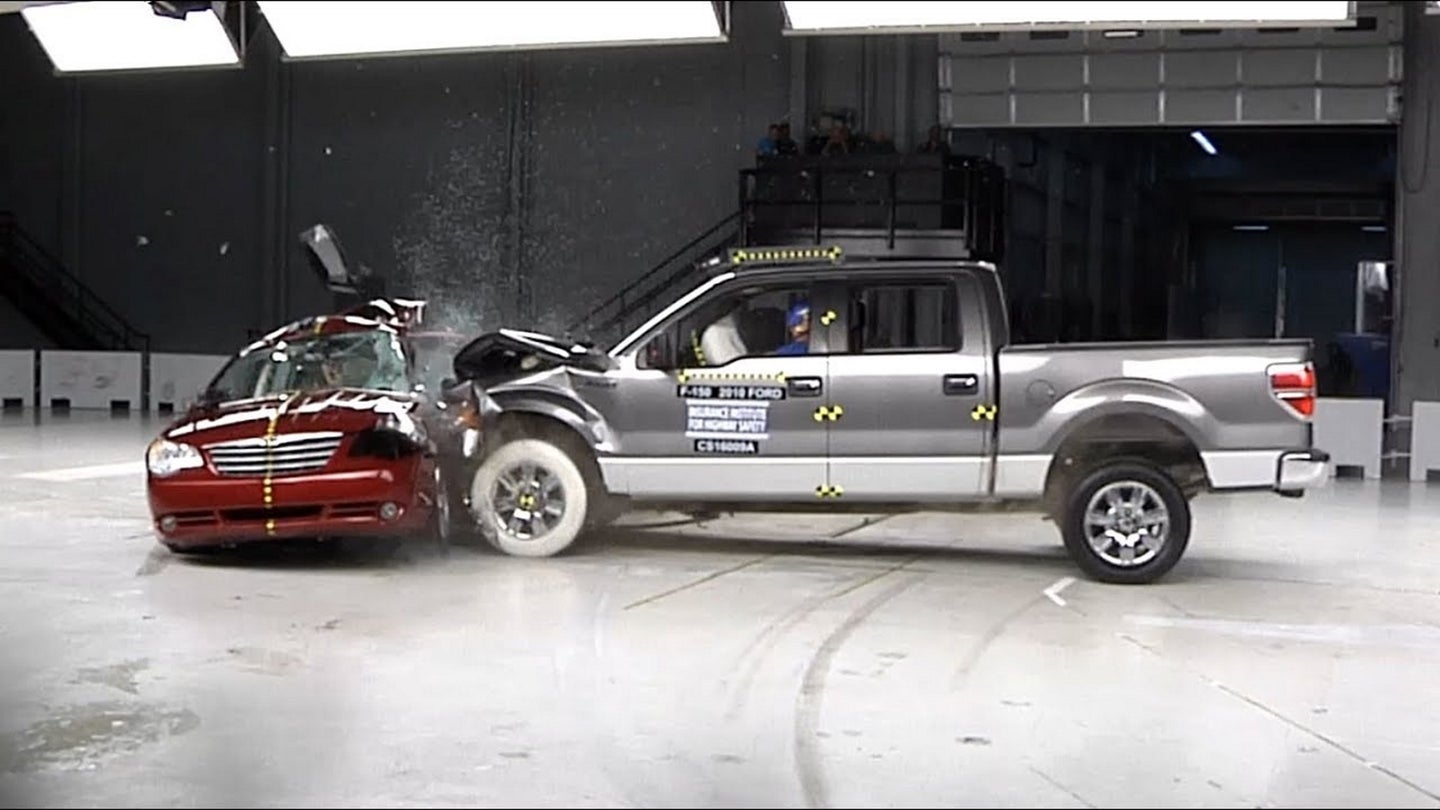 We don’t need to tell you that it's a bad idea to run a red light or get too ambitious with a yellow light. However, it’s still humbling to get a visual reminder once in a while of just how important it is to follow the traffic rules we're exposed to every single day.

The Insurance Institute for Highway Safety (IIHS) posted a brief video showing exactly how bad of an idea it is to run a red light at full speed. Just take a look, we'll wait.

You might be wondering why these specific cars were chosen for this demonstration? The answer is because the IIHS is actually recreating a crash that happened in real life in Yuma, Arizona. In 2012, a 2010 Ford F-150 ran a red light and smashed into a 2007 Chrysler Sebring resulting in serious injuries for the Sebring driver. As you can see in the scary video, side-curtain airbags are great but they don’t make you invincible.

According to IIHS data, deaths involving red light running shot up 17 percent between 2012 and 2016 up to more than 800 people per year. IIHS hopes to bring that number down by encouraging more red light cameras cracking down on drivers who put themselves and others in danger by dangerously ignoring traffic laws. The IIHS has teamed up with AAA, Advocates for Highway and Auto Safety, and the National Safety Council to create a red light camera checklist for policymakers to implement on its roads.

The safety benefits of red light cameras are debatable, but the importance of obeying traffic lights isn’t. Stop at red lights, don’t get cocky at yellow lights, and keep an eye out for lunatics like the one portrayed in the video above.