Denton, Texas added an extra second to the yellow light at an intersection with red light cameras and saw an immediate, sustained drop in violations. 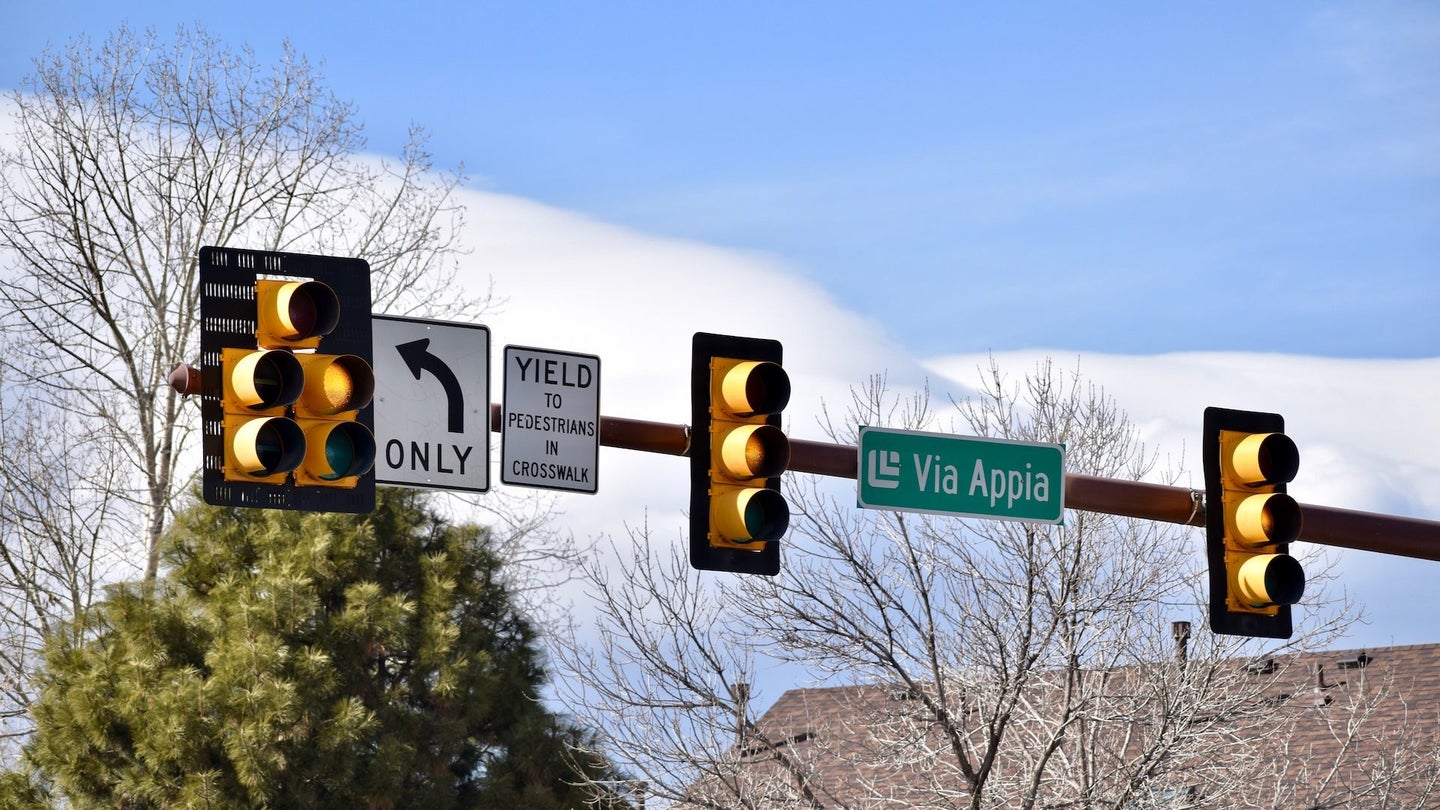 A long-term study conducted at a select intersection in Texas suggests that longer yellow light intervals can reduce the number of red-light-running incidents.

On April 11, 2018, the City Council of Denton, Texas commenced an experiment at one of its 12 intersections equipped with red light cameras, wherein it lengthened the yellow light interval at this single intersection by one second, from 3.5 to 4.5 seconds. This intersection had recorded a high of 91 red-light-running incidents in a single month, April of 2017, in the year running up to the experiment's launch.

In the first full month following the implementation of a longer yellow light interval at this intersection, May of 2018, red light runners totaled 19, the lowest count for more than a year leading up to that month. Runners in May of 2017 totaled 40, more than double the number seen with a lengthened yellow light. This decrease was sustained over the remainder of 2018, with the maximum single-month red-light-runner count reaching 25 in September of 2018. Still, this meant three fewer lights run that month than the lows of 2017—28—in July and December, and less than half the red-light-running rate (59 cases) of September 2017. No data for January of 2019 is yet available, but the incident rate is expected to be lower than in January of 2018.

Despite curbing red-light-runners, the intersection in question reported an increased rate of accidents for the year of 2018, seeing seven accidents to the two previous years' five apiece. Three of these crashes came before the program's implementation, but approximated full-year figures suggest that one more crash is likely to happen each year.

Nevertheless, city staff are pleased with the program's results and have proposed implementing longer yellow light intervals at two additional intersections in the Texas town. Denton's police force told The Drive that it endorses the city's proposal to expand the program.

"The Denton Police Department supports any proven initiative, strategy, or modification that will increase traffic safety and reduce crashes within the city," a spokesman said.