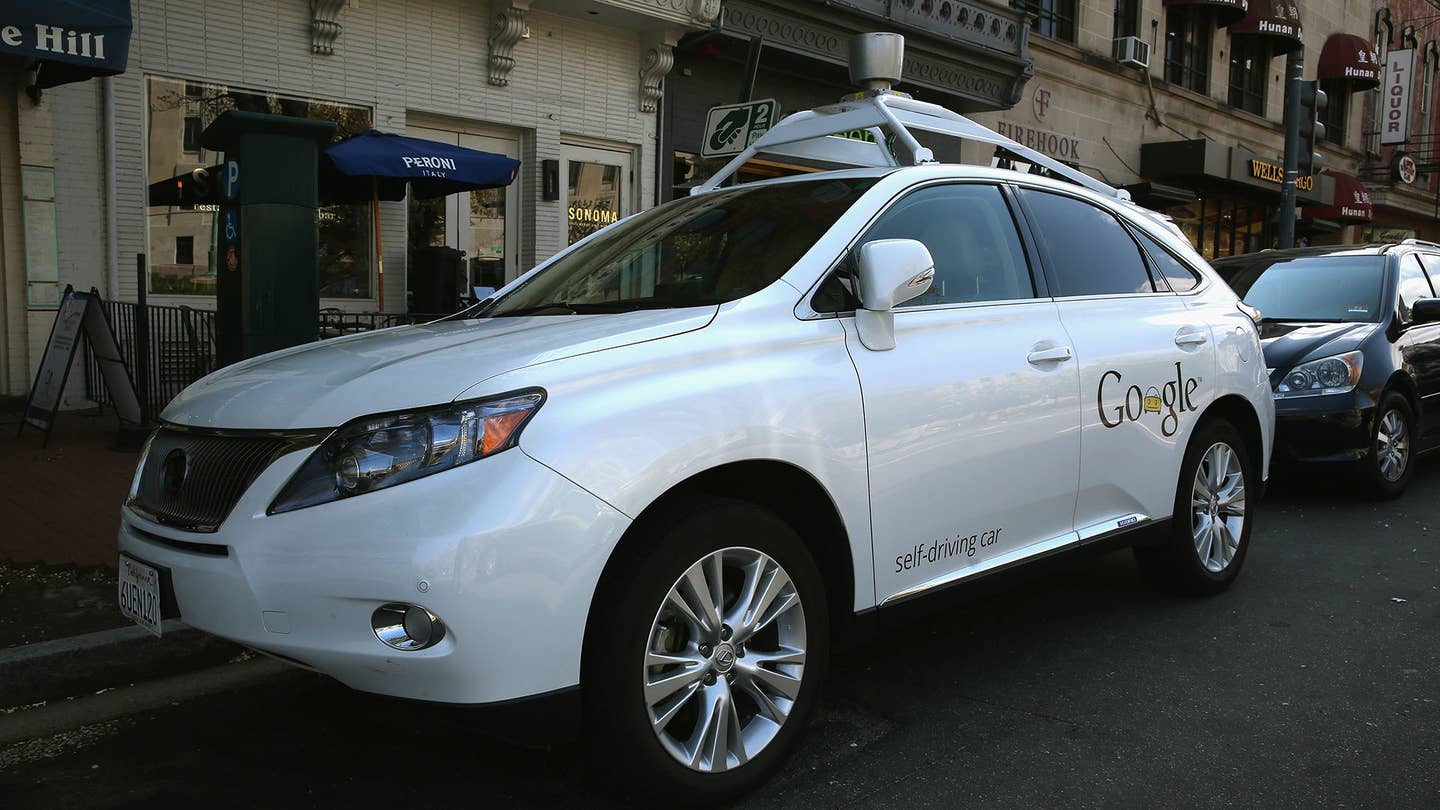 According to a motor vehicle incident report filed with the California DMV by Alphabet, Inc., one of Google's self-driving Lexus RX450h sport-utilities was attempting to make a right-hand turn at an intersection, but was blocked by sandbags placed around a storm drain. The self-driving car began to move into the lane to its left to circle around the bags, only to find a municipal bus approaching from behind. The Google car's operator assumed the bus would move aside to allow the Lexus into its lane. But in about as much time as it takes to say "it makes an ass out of you and me," the SUV ran into the bus.

At the time of impact, the bus was moving at an estimated 15 mph, while the Google Car was traveling at a meteoric 2 mph. None of the humans involved were injured in the crash, but the Google Car incurred damage to its left front end; a couple body panels were banged up, along with one of the sensors the car uses to navigate traffic.

Granted, the incident was little more than a fender-bender. Still, it marks the first time one of Google's autonomous vehicles was responsible for an accident. Which is a pretty impressive record, considering their self-driving cars have logged more than 1.3 million miles in the last seven years. (They've been in 17 accidents before this month, but Google says all of those were caused by human error.) With so many cars logging so many miles, an accident was ultimately inevitable, so don't read too much into this. But isn't there a tiny, all-too-human part of you that feels kind of validated?