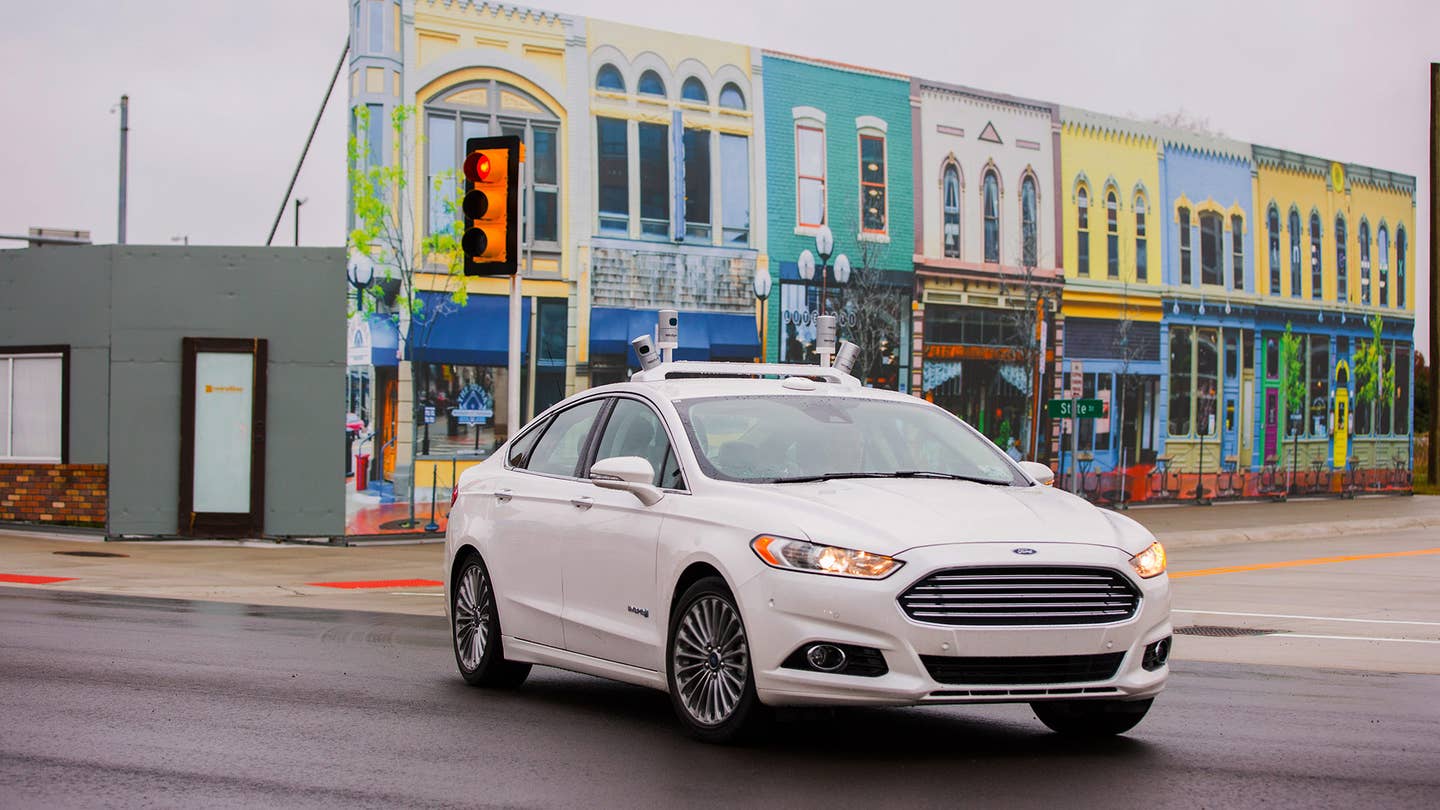 They say if you're not moving forward, then you're falling behind. Ford’s hip to that ideology, and has announced that it will join the likes of Google, Tesla and Audi in carrying out self-driving vehicle tests in California during 2016.

Ford’s base of operations will be its Research and Innovation Center in Palo Alto, which opened just a few months ago but has already grown from 15 employees to more than 100. Their focus? The self-driving Fusion Hybrid. Now that Ford has received permits from the California DMV, the automaker will be allowed to conduct autonomous field tests in and around the Palo Alto facility.

Ford has been testing its driverless vehicle at a mock-town research facility, dubbed Mcity, within Ann Arbor's University of Michigan. But, due to established regulatory framework set by the California Autonomous Vehicle Testing Program, Silicon Valley has become the preferred proving ground for self-driving cars. Nissan, Mercedes-Benz, Honda and BMW have also received testing permits from the state.

Ford noted the new challenges that California provides, including how software will respond to the motorcycles that are legally allowed to split lanes. The move to self-driving vehicle development in California is also down to the vast talent pool of technology and software engineers. Ford's Research and Innovation Center has hired mostly from the tech sector, and focused on recruiting coming from high-ranking tech and robotics programs at the University of California-Berkeley, San Jose State, Santa Clara and Carnegie Mellon.

The permit awarded to Ford is bound to only one vehicle, but the Blue Oval expects to bring more self-driving prototypes on the round in the near future. Testing will begin with plotting driving routes that combine a mix of highway and city streets. Fully-autonomous outings are expected by the second half of 2016.