You can't argue that it's beautiful—but do people want wagons anymore? 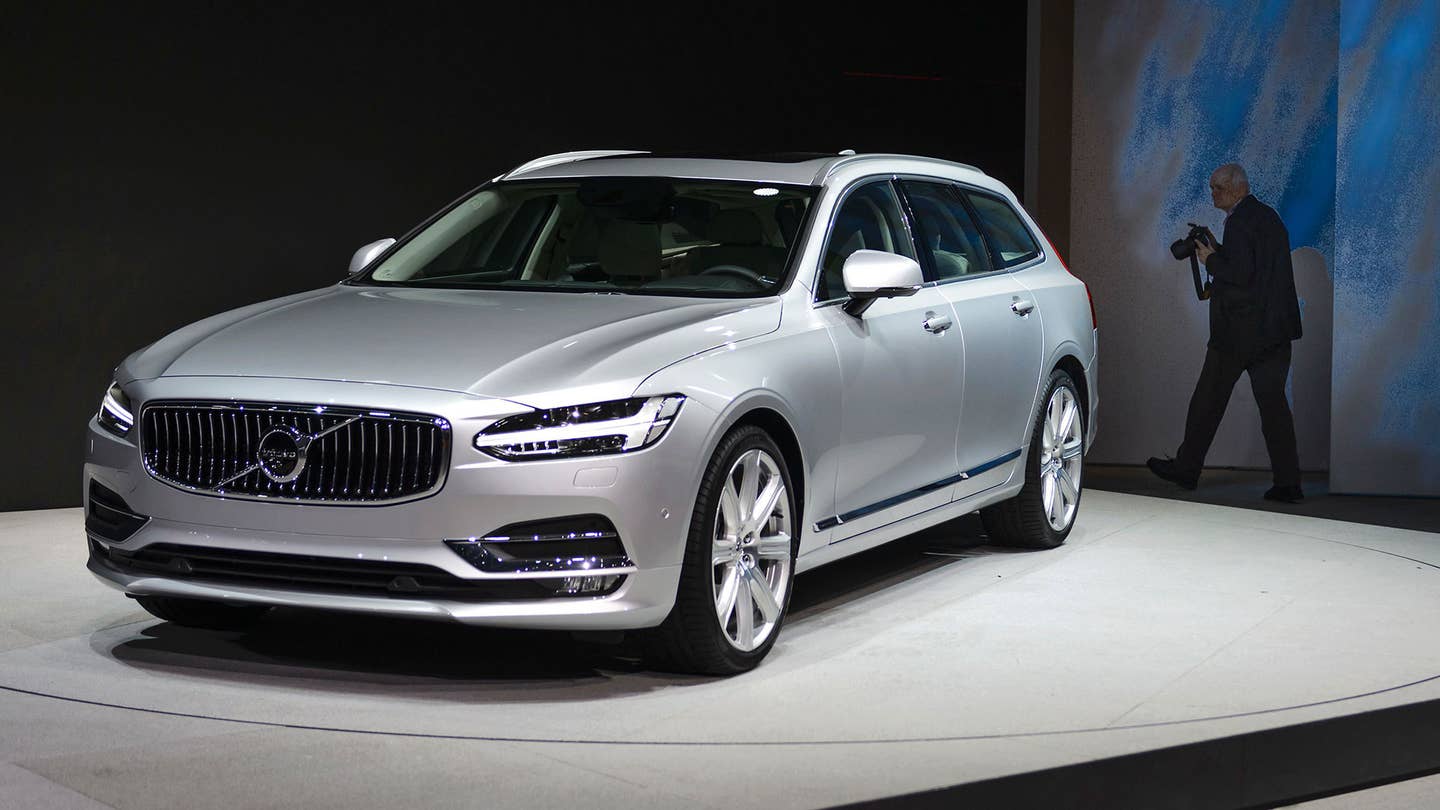 In Geneva, Volvo has just taken the wraps off its handsome new V90 Estate in Geneva, once again hitching the corporate wagon to a wagon. In 2016 this is an interesting if not iconoclastic move, since in the minds of many American consumers the brand is already inextricably linked to long, brick-like estates. For many of us, this isn't simply due to the brief popularity of the sensible, and sensibly-styled haulers (many of us owned a battered version during early adulthood) but because those same models are still around; thanks to their legendary, tanklike durability, the things just last forever.

"Scandinavian design is more about the combination of functionality and beauty," says Volvo head of design Thomas Ingenlath. "For us Europeans the most attractive car in the line is the wagon—the twist of something that originates in the din, but the final shape but has this satisfying emotionality."

But Volvo isn’t really a wagon company anymore—not in America. Volvo sold more than three times as many crossovers and fifty percent more sends in the US last year than it did wagons. It sold more of its new XC90 crossover alone last year than it did wagons, and that vehicle only went on sale in the summer. To put the numbers in sharper perspective, BMW sold nearly as many of its bonkers i3 electric city bubble car as Volvo did its collective line of three wagons. Maserati nearly sold as many cars in the US last year as Volvo sold wagons.

"In Europe, wagons are mainstream. But in the US, not so much," Ingenlath says. "This is an opportunity for us to offer an exquisite alternative." He points to a pristine 1960s Volvo P1800 shooting brake. "The P1800 is to this point. Now that everyone drives an SUV in America, coming up with an elegant and beautiful wagon is a way to stick out."

If Americans have any sense—highly questionable given even a fleeting glance at our presidential primary season—they will storm the dealerships when this wagon arrives on our shores in early 2017. The V90 lineup is all four-cylinder but with various aids—turbocharging (T5), turbocharging and supercharging (T6), or turbocharging plus supercharging plus battery assist (T8)—for suitable potency (250, 315, and 410 hp, respectively). It also promises better efficiency over its SUV platform-mate.

Thanks to many computers it will also be able to drive itself (or nearly, at least) on highways. And thanks to designers like Thomas Ingenlath it has an exterior and interior design sensibility—shared with its XC90 crossover and S90 sedan platform-mates—that's at once refined, spare, coherent, and luxurious

"Everything locks together like a Lego," Ingenlath says from inside the V90, running his hands over the rounded slabs of unvarnished wood, black lacquer, perforated metal Bowers & Wilkins speaker grilles, and the padded leather that comprises the dash. "It just fits."

But will it work? Raised in station wagons as children, when it came time to haul their own progeny Baby Boomers and Generation X-ers nonetheless abandoned these practical haulers for monstrous SUVs and crossovers and abhorrent minivans. Now that the Millennials are all grown up and raising arrogant and entitled children of their own, is there a chance they’ll buck their own parental yoke and flock to wagons? Given that they’re already emulating their aged parents by dying their hair prematurely grey and buying minivans, all bets are off.

"I would be really surprised if the mixture we offer would not be a compelling offer to this generation," Ingenlath says. "A well-done product with integrated technology and advanced, responsible hybrid powertrain systems. I see us positioned for an avant-garde success."