Kit cars still have their place, but now low-volume automakers can build replicas of classic cars with ease. 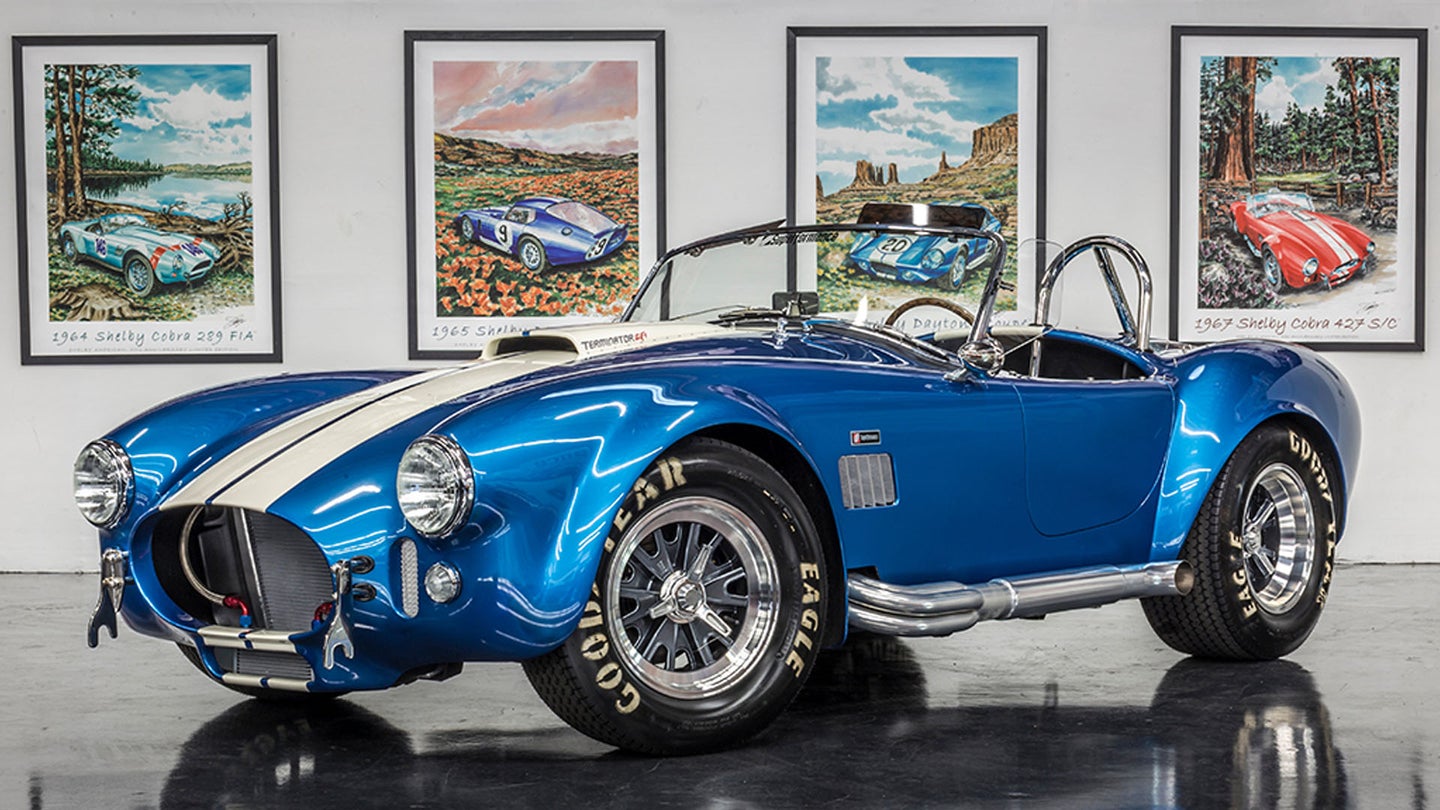 After years of working with the National Highway Traffic Safety Administration, SEMA has finally gotten the Low Volume Motor Vehicle Manufacturers Act into effective law. This streamlines the process of selling turnkey replica automobiles by allowing low-volume manufacturers to sell 325 "new" vehicles per year without meeting the slew of current safety regulations regularly required for new production cars. These replicas will still have to meet modern emissions standards, though this is still a massive win for small-scale car companies.

The cars, importantly, don't have to be exact replicas of machines built 25 years ago. A regulator from the NHTSA will likely make the decision in the end, though as of right now, they just have to "resemble the body of another motor vehicle," per the language of the bill. Also, 25 years really isn't that long ago, at least in automotive terms. A small volume automaker could be building full-fledged replicas of anything built in or before 1996. That means cars like the FD RX7, the BMW E36 3 Series, the A80 Toyota Supra, and more.

The Low Volume Motor Vehicle Manufacturers Act was actually passed into law back in 2015 as a part of the Fixing America's Surface Transportation Act, but it's taken a long time for the NHTSA to actually build the regulatory structure around it. That's what has finally been done this week, which makes the law effective immediately.

As previously mentioned, any vehicle built to the standards of the bill must meet current model year emissions regulations, which translates to California having most of the control of how this works through CARB. The EPA stated in 2019 that any engine package from a vehicle that has already met CARB standards can be used in these new replicas. Likewise, CARB itself has issued a regulation for producing compliant engine packages. That might spoil the look of a classic engine bay and indeed the idea of an exact replica, but it's better than nothing.

This bill makes the process of producing low-volume replicas much easier, but don't think you can just start building new A80 Supras in your garage with parts ordered from Toyota. Builders must first register with the NHTSA, the EPA, and CARB before going forward with manufacturing. They must also submit annual reports on vehicle production as well.

All of this translates into an endless stream of kit cars now being joined by a considerable number of turn-key replicas. What I'm saying is, expect to see a lot more DeLoreans running around.

If you’re mad you can’t get a new Land Cruiser in the U.S., this might be the next best thing. Maybe.