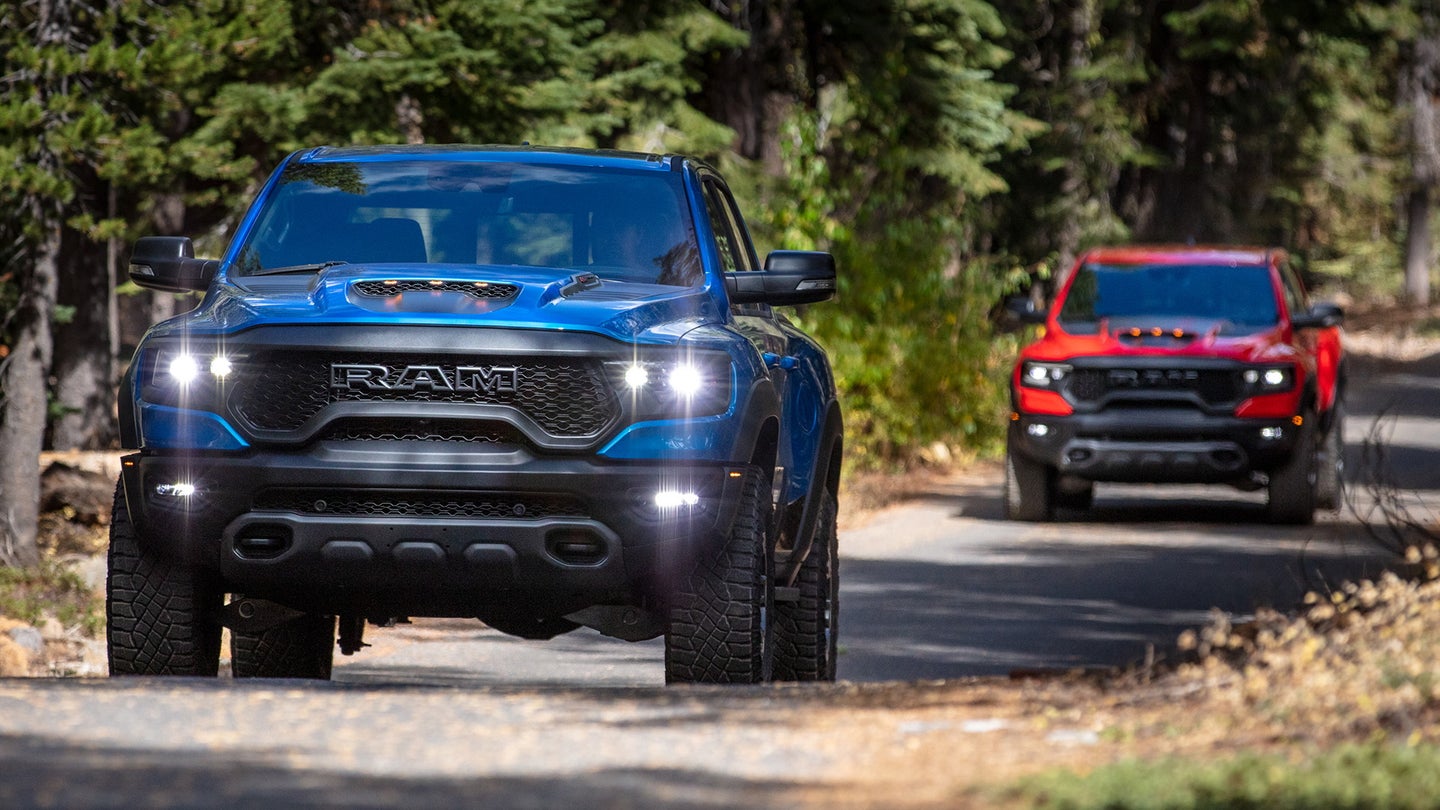 The Environmental Protection Agency has decided on the fleet emissions targets for cars and light trucks through 2026. As compared to previous standards set by Presidents Obama and Trump, they are the most ambitious ever, especially when you see the fuel economy target; 40 mpg across each manufacturer's lineup. This is important news for every automaker that does business in America, but the new rules are actually pretty lax when it comes to light trucks.

Essentially, this means that vehicles in this category—which consists of pickups, SUVs, and crossovers—don't have to meet the same regulations as normal cars. Whereas sedans and the like must reduce emissions levels from the current limit of 181 grams of CO2 per mile to 132 grams, trucks will still be able to pollute 187 grams per mile traveled in 2026. That's a 34 percent disparity, and as Vice points out, this new plan allows car companies to pollute more with the vehicles they sell the most of.

While manufacturers must still meet a combined fleet-wide average of 161 grams of C02 per mile across their lineups, this isn't the monumental change it's been made out to be. Trucks like Chevy's Silverado ZR2 and Ford's upcoming Bronco Raptor will still be able to exist; automakers just have to sell other cars that offset the emissions and bring down the average, so to speak.

Ford is one consideration here, and the Blue Oval has at least moved in the right direction with the exceptionally fuel-efficient Maverick hybrid. That still doesn't cancel out family haulers and work-focused vehicles entirely, however, and that's something the rest of Detroit's Big Three—General Motors and Stellantis—must also take into account. V8 Durangos are great, and so are off-road friendly Tahoes and Suburbans, but they'll still need to build cars that consume very little if any fossil fuels.

After the MY2026, new rules will be set for 2027 and beyond. These new regulations are just one part of the Biden administration's effort to combat climate change. Under the bipartisan infrastructure bill, the U.S. has made strides toward reaching its target of half of new car sales being EVs by 2030. Billions are being invested in charging infrastructure, though with the ambitious Build Back Better legislation currently in limbo, progress on updating the EV tax credit has idled for the time being. Whether or not it will be broken out into a separate bill has yet to be seen.

Locals are fielding repair bills of up to $1,600 after shops say the gas might’ve been mixed with diesel.

Automakers are keen to electrify what they sell, but it’ll take quite a bit more to support EVs in the wild.