You Could Influence How Ram Develops Its First Electric Pickup

The truck manufacturer is looking for input on how to build the best electric trucks on the market. 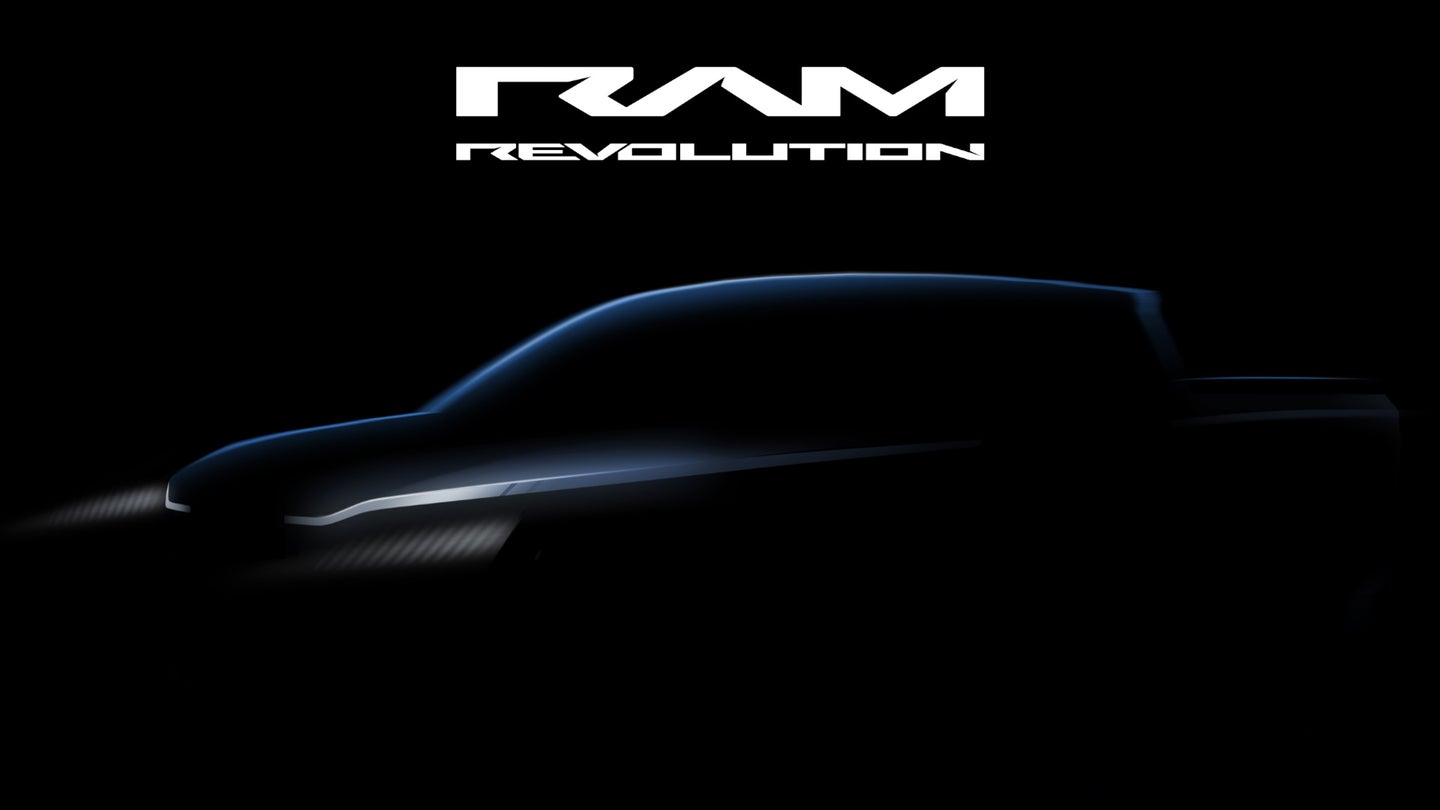 The dawn of the electric era is shaping up to be one of the biggest major shifts in the truck market in living memory. The old hands at GM and Ford are up against the newcomers at Tesla and Rivian, among others, and there's everything to play for. Ram has formally announced it will soon join the fray with an electric truck of its very own, and it's now seeking feedback on how to make it great under a program it calls Ram Revolution.

The company has already confirmed it will deliver the Ram 1500 Battery Electric Vehicle (BEV) to market in 2024. It's notable for being several years later than the competition, with the Rivian R1T already shipping and the Ford F-150 Lightning due out this year. GM's effort, the Chevrolet Silverado EV, will drop in 2023. However, Ram doesn't see this as a problem; instead, it's using the time to refine its product in order to best its rivals.

As a part of these efforts, the company aims to solicit feedback from consumers. Ram Revolution is the result, with the RamRevolution.com hub serving as a platform to give potential customers insider information on the company's upcoming electric truck, while also allowing them to share their thoughts with Ram during the development process.

Incidentally, Ram Revolution would also be an amazing name for the electric pickup itself. Someone might like to let Ram know if they haven't already thought of that.

The company notes that "The Ram Revolution insider program will provide consumers with unique content and a closer connection with the Ram brand and its EV philosophy." The Ram Real Talk Tour also promises to extend the conversation further, serving as "a series of year-long conversations with truck owners to better understand what an electric pickup truck must do to meet their real-world needs."

Such feedback can be enlightening. but must be filtered through a lens of reality to be useful. As anyone that's read the motoring press will know, every EV post gets many negative comments along the same lines. There's always someone that needs to commute 900 miles to work each day, uphill in both directions, and they absolutely cannot spend more than 5 minutes at a charging station without exploding in pure rage. Those kinds of comments aren't going to be too helpful.

Ram is planning to have all-electric solutions in most of its market segments by 2025 and will have a full portfolio of electric trucks no later than 2030. There's plenty of work to be done to reach those milestones, and it's clear that the leadership at Ram wants to get things right. If you reckon you know a thing or two about how Ram should build its electric trucks, you might consider chiming in.

Ram’s Electric Pickup Is Being “Adjusted Every Month” as Rival Trucks Launch: CEO

Ram is showing up a little later to the electric pickup party.