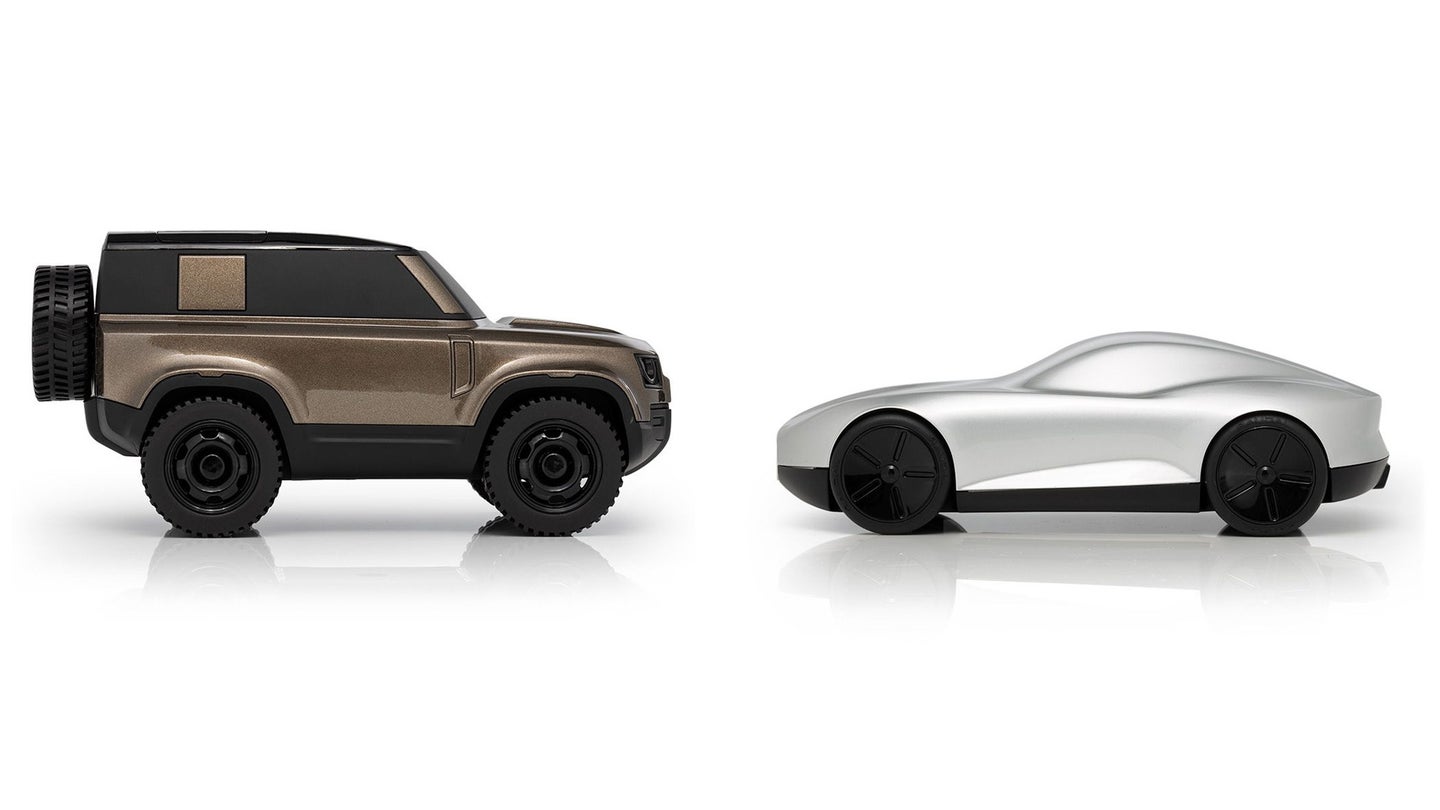 Cars are more than an appliance, at least for now. It's the reason a culture was built around them, and why you can go to the store and buy a shirt with your favorite automaker's logo, or a scale model that looks like the real deal.

Automobiles became machines built to invoke emotion. There's the thrill of the drive, the ecstasy of an exhaust note that hits just right, or—how most passers-by appreciate a car—the design language with lines and curves that'll make anyone stop and stare. So color me surprised when I found out that Jaguar and Land Rover go out of their way to sell stylish scale models that value shape and simplicity instead of traditional intricate details.

Now, I'm not just talking about regular ol' model cars here. Plenty of automakers have their own scale and diecast cars—Audi, BMW, Dodge, Tesla, and Volvo are some common examples. There are also more enthusiast-focused brands like Ferrari, Lamborghini, McLaren, and Porsche. Subaru and Bugatti take it in different directions with RC cars and Legos, respectively, but we'll still count those. And in case you want ultra-luxury, there's Rolls-Royce.

Land Rover's entry into the mix is a take on its modern Defender. Its two-tone color pallet is filled with earthy tones, and while it's simple to look at, you can still immediately point out the make and model. Jaguar's, meanwhile, isn't so straightforward. The design team says that it embodies "the very essence of Jaguar’s design language," so while it might look like an F-Type, it isn't exactly that.

JLR's design team took a completely different approach with these models. Instead of going ultra-detailed, they took a step back and instead focused on the salient features that make the shapes instantly recognizable as a Jaguar or Land Rover product. In fact, they almost look like early rendering or sketches of an incomplete car—I'd say that's kind of the point.

The design teams across both brands built these "Icon Models" to represent not just the vehicles, but the design language that went into crafting them. Specific flowing lines, fascias, and design element placement immediately point to their respective brands. The idea is simplistic, and honestly, they look really good.

Either model will set you back $82, and there's a few color combinations to choose from on both Land Rover and Jaguar's online shops. If nothing else, they could make a cool present for the JLR lover in your family. Everybody has one of those, right?

Big names like Ralph Gilles and Tommy Kendall are involved in this tiny car show.

You could buy a real car for the price of this “toy” Bugatti.