When Will Someone Who Actually Likes Cars Design a Driverless Car? (Updated) 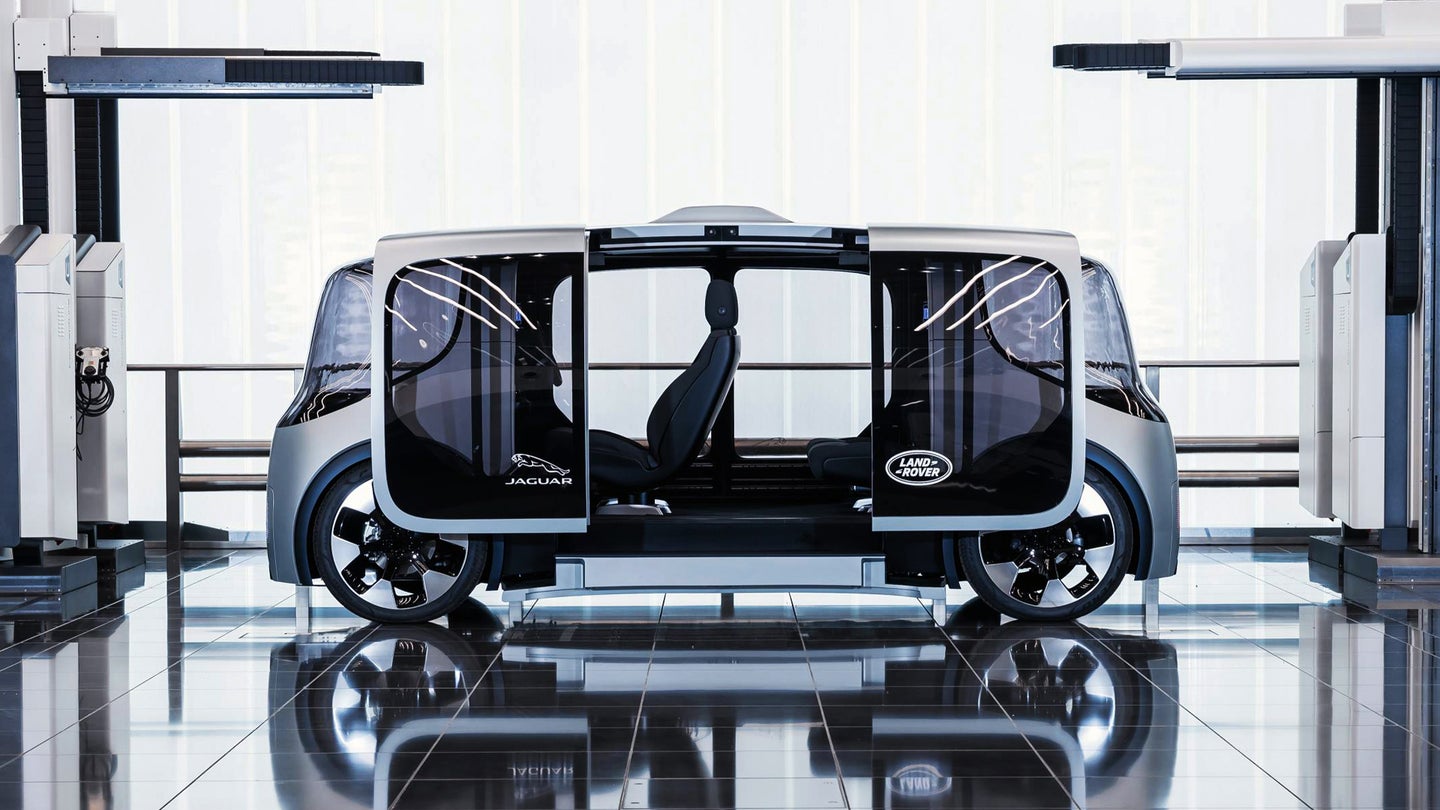 Welcome back to another edition of Speed Lines, The Drive's morning roundup of what matters most in the world of transportation. The good news is that it's Friday. The bad news? Well, turn on a TV.

The Era Of The 'Bread Loaf' Is Here

Here's something I have been wondering for a long time: if our future is to be autonomous pod-cars, can we get someone who actually likes cars to design them?

Now, it's true that our autonomous pod-car future is completely theoretical at this point. Autonomy is decades, not years away, and no automaker or tech company has found a way to make money with it yet. But, man, these high-tech test cars and taxis of the future are some of the most deeply uninspired designs the industry has seen since the Malaise Era. And at least those cars are charming.

We're now in the era of the "bread loaf," where concepts and test vehicles like Jaguar Land Rover's Vector, pictured up top, or General Motors' Cruise Origin all kind of look the same. And they all look like boring little boxes with tiny rooms inside. It's practicality above all else, yes, but it's all so uninspired.

This scathing but necessary perspective comes to us from Bloomberg:

Cutting-edge robotic people-movers from the likes of General Motors, Toyota Motor Corp. and Jaguar Land Rover all share similarly rectangular dimensions with more of an eye toward engineering practicality than sex appeal. Even Waymo, the self-driving arm of Google parent Alphabet Inc., has chosen the lowly minivan as its primary ride for self-driving vehicles.

The uniform and uninspiring looks of these autonomous vehicles are coming under criticism for being as much of a turn-off as the no-frills approach automakers took to designing EVs that ended up being slower sellers than hoped. One prominent industry observer ruefully noted in a newsletter recently: “We have collectively arrived at ‘bread loaf’ as the dominant design language for AV concepts.”

[...] “Who is asking for all of these boxes?” said Tony Posawatz, a former GM executive who developed the Chevrolet Volt plug-in hybrid and now consults for mobility companies. “If the early users are affluent people, they are used to a certain badge and a certain kind of performance.”

But more than just styling is at stake here. None of these cars are compelling; they do not stir emotion or passion, which, even in our current crossover hellscape, is still a huge draw for buyers. But as former GM exec Bob Lutz says in the same story, if they're all to be robo-taxis one day, "no one gives a damn what they look like."

While the shuttles these companies have cooked up aren’t meant for retail showrooms, their lack of panache could turn away riders whose driverless dreams had more imagination than a modern-day caboose. To defray costs, even multi-passenger autonomous vehicles will need to charge premium prices over other forms of public transport. Some think they may need to look more like an upscale limousine than a gussied-up city bus.

A thoughtful story, worth a read in full.

Elon Musk Back On Trial

The groundbreaking but bombastic CEO of Tesla is, generally speaking, bad at keeping himself out of trouble. Starting next week, Elon Musk faces a new challenge in a Delaware court: union pension funds and asset managers angry over Tesla's controversial acquisition of SolarCity.

It remains to be seen whether Musk himself will show up, but his temperament may not go over well in the weirdly old-school Delaware Court of Chancery (it's overseen by a Vice Chancellor, not a judge.)

In the Delaware case, shareholders claim SolarCity, a rooftop solar energy company, was secretly on the brink of bankruptcy when Tesla purchased it. They argue the deal benefited Musk, SolarCity’s largest shareholder, his cousins who co-founded the firm, and Tesla directors who owned stakes in SolarCity.

Investors want Musk to surrender the 2.2 million shares of Tesla he received in the deal, which on Thursday were worth about $1.2 billion.

Musk has countered that Tesla’s stock has tripled since the deal, demonstrating its value. SolarCity has withered because its staff was redirected toward launching the Model 3 sedan, a make-or-break product for Tesla, not because the solar business lacked value, according to Musk.

We'll be keeping an eye on this one.

Update 4:05 p.m.: No we won't, actually, because the trial has been postponed, according to Reuters. If you guessed coronavirus, you guessed correctly. A new trial date has not yet been set.

Waymo Cleans Up Its Autonomous Taxis

Speaking of autonomy, and the coronavirus pandemic that's disrupting life globally and dominating the news cycle, Google's Waymo has a solution: making sure its robo-taxi fleet is as clean as possible. Via Forbes:

The Alphabet Inc. unit continues to offer the round-the-clock Waymo One service to 1,500 registered riders in suburban Phoenix “as usual” but is taking some new precautions, the company tells Forbes. These include “extra efforts to clean and sanitize” its fleet of hundreds of Chrysler Pacifica minivans multiple times a day and directing concerned passengers to call its rider help center information.

“Sanitizing products” are being added to every vehicle for passengers and it’s directing human safety drivers, who are still seated behind the wheel for most rides, to wash their hands frequently. Waymo is slowly increasing daily rides without those human backups, but still employs a large number of them.

Dozens of companies are developing and testing self-driving vehicles across the U.S., but Waymo was first to launch a small-scale, semi-public ride program, starting in late 2018 in Chandler, Arizona. And because the commercial successor to Google’s Self-Driving Car project was an early entry in the robotaxi business, it now finds itself having to deal with the same public health concerns that are bedeviling airlines, mass transit systems and other transportation service providers–albeit with a much smaller rider base.

Really, every cab should be doing this, robot-driven or otherwise.

Coronavirus is Messing With the Hunt for Life on Mars (Vice)

The Secret History of a Cold War Mastermind (Wired)

The Ghost Flights Are Real, and They're on Flight Attendant TikTok (Gizmodo)

My Journey Through Tijuana for the Best Surgery $2,000 Can Buy (Medium)

Toyota Is Building a Prototype City Full of Autonomous Vehicles, Robots, and AI

Measuring 175 acres, the high-tech community will sit at the base of Mt. Fuji and become home to 2,000 people.