Making a mountain out of a molehill—it’s what people do. 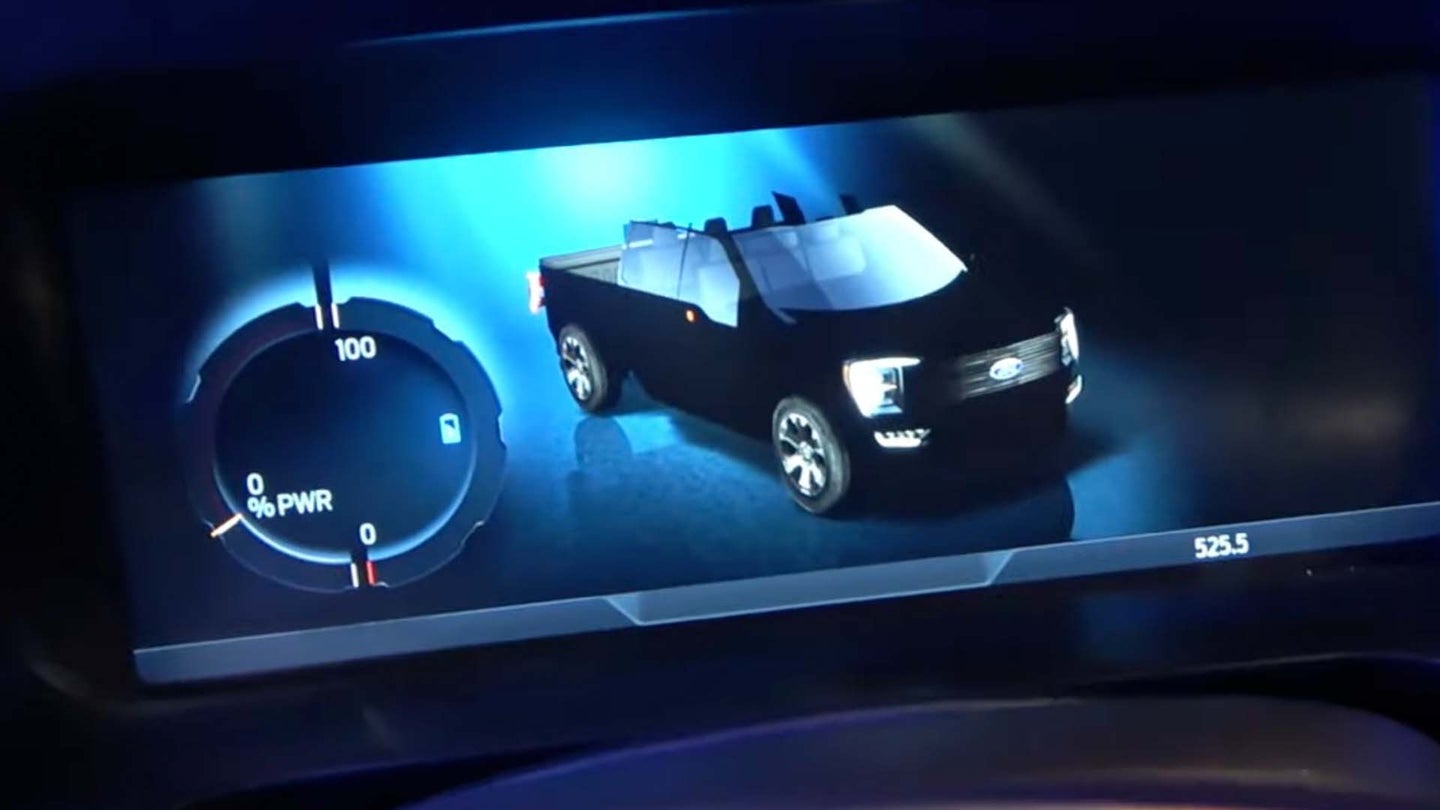 Let's get real: There's no Ford F-150 convertible on the way. If you're the kinda person who digs that, then there are aftermarket companies—okay, maybe just one—who will make it for you. Ford's not about to go rogue and complicate the country's most popular truck by chopping off the roof, but that hasn't stopped a few

car sites from speculating after spotting a funky-looking software glitch.

A video posted to the MrTruck YouTube channel showed a Ford F-150 Lightning's dash display during a quick walk around. On it, there was a digitally rendered pickup with its roof missing, and I guess that was enough to fire up the blog mines.

If that sounds silly to you, then know you're not alone—I'm in the same boat and Ford agrees. When reached for comment, a Blue Oval spokesperson told me, "[It's] clearly a software rendering glitch." Believe it or not, that happens on pre-production models that solely exist as showpieces. In this case, the F-150 Lightning was at the State Fair of Texas alongside the new Ford Raptor and Maverick.

While automakers have been known to sneak in easter eggs during new product reveals and the like, this seemed too weird to be true. That turned out to be the case, and all it took to confirm was a quick email.

Generally speaking, it's a good idea to take what you see on the internet with a grain of salt. Also, considering the context, it's not like Ford's in a hurry to add more convertibles to its lineup. Be wary of who you give your clicks to—at least make 'em earn it.

Got a tip or question? Contact them directly: caleb@thedrive.com