This new option is greater than the sum of its parts. 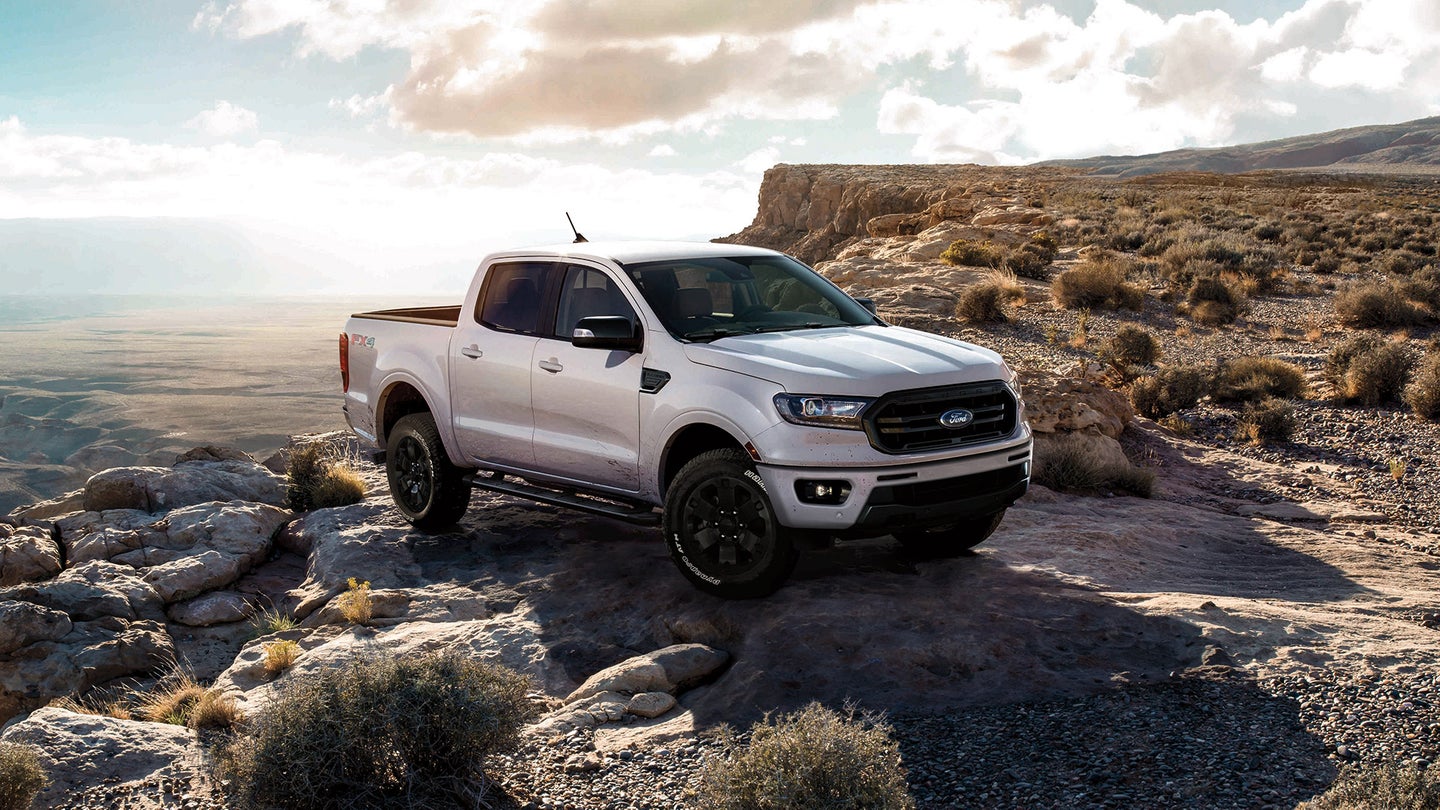 Ford's re-entry into the midsize truck market excited enthusiasts and provided Ford buyers an alternative to the ever-growing F-150. Early signs suggest the new Ranger has been a profitable move, with strong initial sales and plenty of hype surrounding the long-awaited pickup. The Ranger can be had in many colors and several trims, but there's a new option package on the block that not only makes the pickup look better, but it also costs less than adding the parts individually: it's called the Black Appearance Package.

The price of the appearance package is $1,995 and it adds a slew of blacked out pieces for that relatively affordable cost. It includes a black-painted grille, body colored bumpers, high gloss 18-inch wheels, black running boards, a spray-in bedliner, black fender vent surrounds, black mirrors, black sill plates, a black bash plate on FX4 models, and a black lower valance.

“Like the rest of their gear, Ranger customers are choosing the option that best fits their adventures,” said Todd Eckert, Ford truck group marketing manager. “Having the right gear matters and so does the right look. The Black Appearance Package adds aggressive style to the adventures our customers embark on.”

Fans of Ford's build and price tool will quickly recognize that not only does this Black Appearance Package add a lot of black components, but it's also less expensive than adding them individually, assuming you want them in black.

Without the Black Appearance Package, the upgrade to 18-inch wheels on the Ranger is $895. Running boards on the new Ranger are a $635 investment. The spray-in bedliner is $495. Just adding those components up, the total is $2,025. The 18-inch wheels also require a specific option package to begin with, also increasing the price.

Those who are interested in ordering the new appearance package can do so today, with deliveries slated for early summer.

Ford's U.S.-spec of the Ranger, along with the upcoming Bronco, is built at the Michigan Assembly Plant in Wayne, Michigan.