Why the Hummer EV Doesn't Have Removable Doors

You can take the top off GM's flagship four-wheeler, but not the doors. What gives? 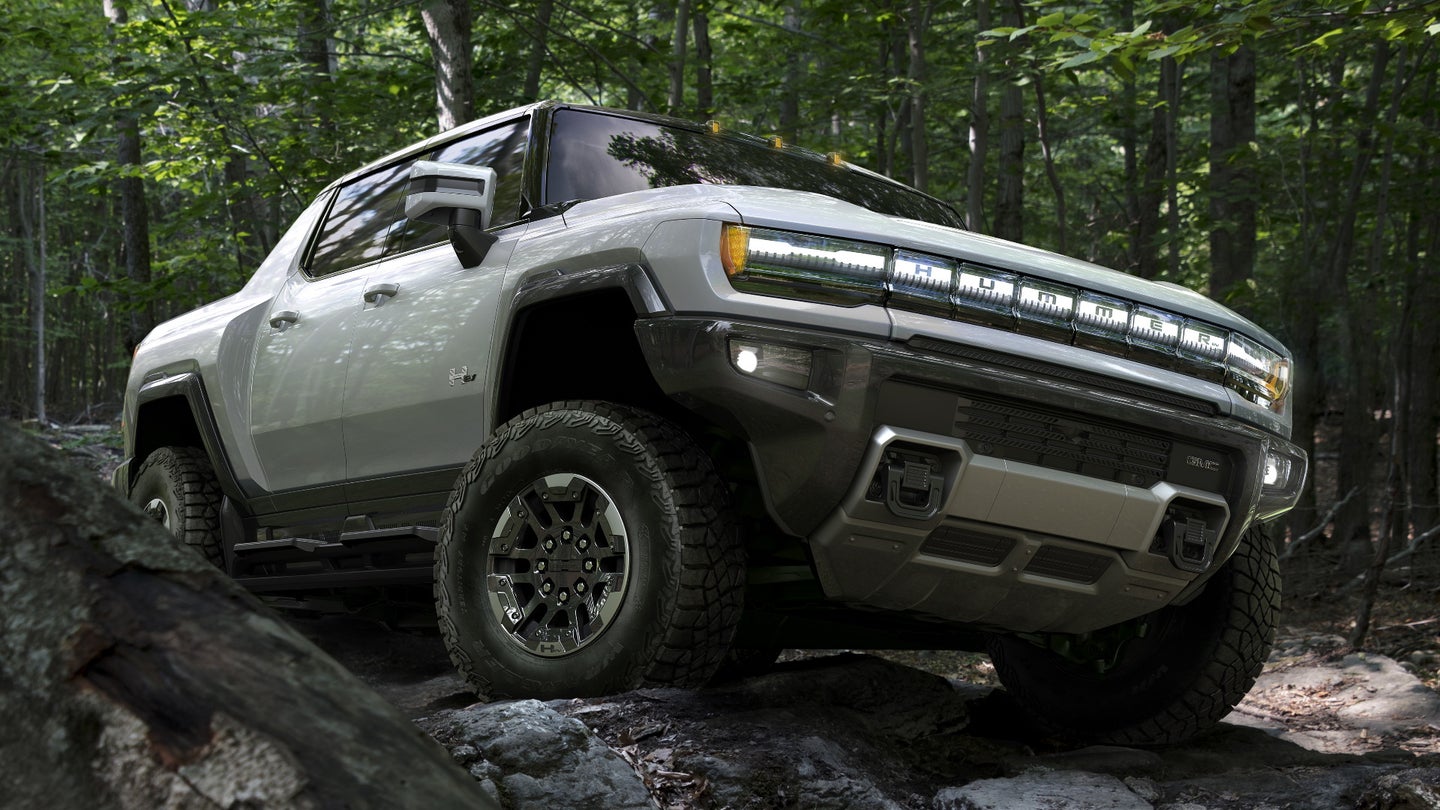 Removable doors have become a staple on off-roaders like the Jeep Wrangler and Ford Bronco. GM doesn't have a direct competitor to these vehicles as such, but it did just release a brand new truck that should perform pretty well off the beaten path—the 2022 GMC Hummer EV.

The new Hummer is technically a convertible with removable roof panels that can be stowed inside the vehicle, but while the roof might be easy to pop off, the doors aren't. Muscle Cars and Trucks spoke to the new Hummer EV's lead designer, John Mack, to find out why, and the answer is actually pretty simple.

Mack says that the design team looked into it, but "we felt like if you do removable doors or anything like that, it kind of would take away from the (premium) execution.” So, in a nutshell, Mack is saying that removable doors wouldn't fly on a massive luxury truck that, at least in its reveal trim, costs over a hundred grand.

Admittedly, it's unlikely that a lot of people who buy this new Hummer will go off-road with it. Even with fixed doors, though, it touts plenty of features to ensure it's extremely capable on every terrain. A mode called Crab Walk allows the vehicle to move diagonally; it has underbody cameras to monitor what's beneath the vehicle; and of course, it has ground clearance in abundance—15.9 inches in its highest setting. More than two feet of water, obstacles 18-inches high, and 60 percent grades are allegedly no problem for the 9,000-pound behemoth. Oh, it will also haul its 4.5-ton curb weight to 60 miles per hour in just three seconds.

So, there's a slew of features ready to drain the juice out of the massive 200-kilowatt-hour battery and put a smile on your face.

There's also some extra off-road paraphernalia short of removable doors on the way. Mack says "as far as off-road cues—flag mounts and things like that—that’s something that accessories can get into.” It's expected that more than 200 add-ons will be offered for the Hummer, and while that's short of the Bronco's massive catalog of optional extras, it's still nothing to sneeze at.