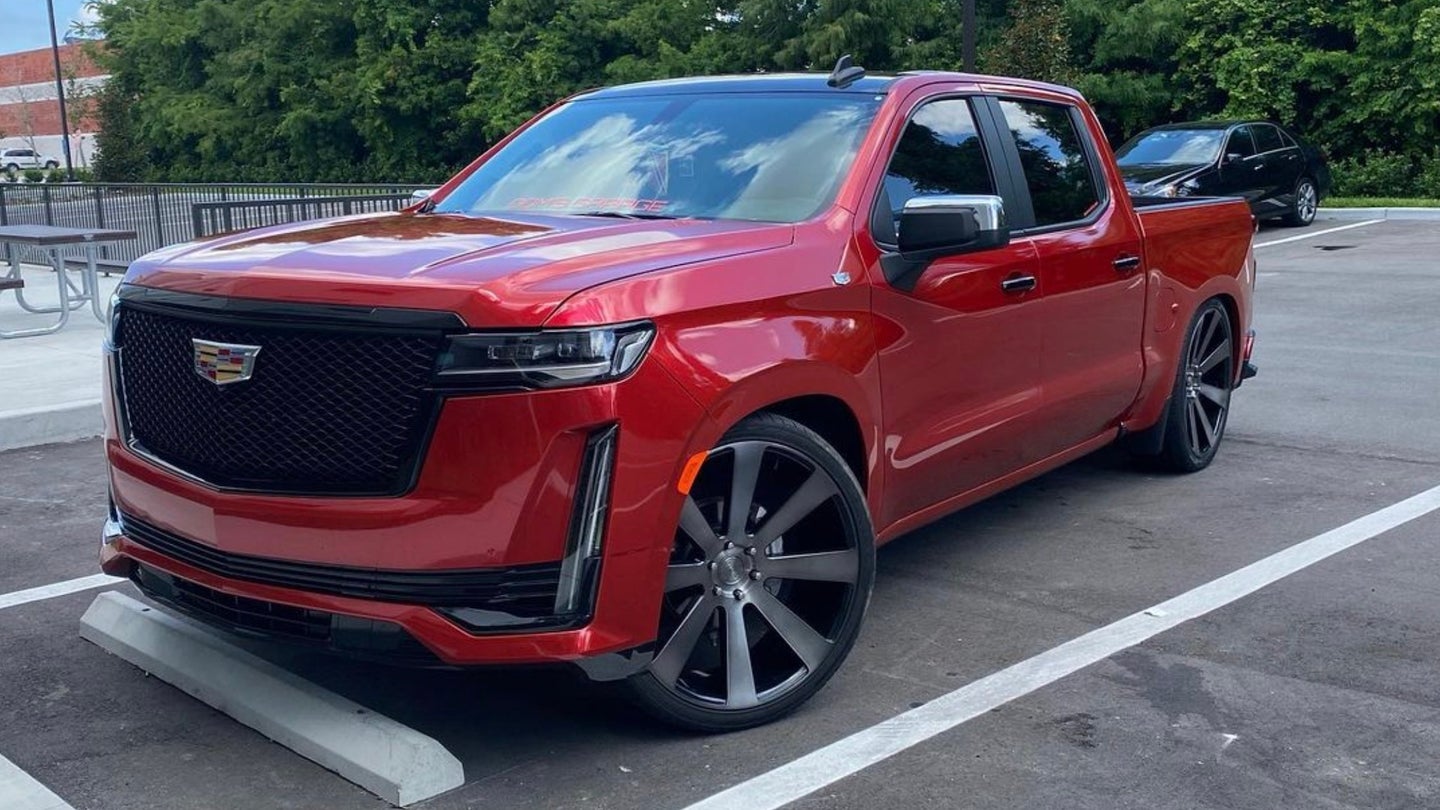 We know it has a world-class interior and world-class tech. We know its available Super Cruise ADAS is a game-changer. But what if all you want is the Cadillac Escalade's very tall and opulent-looking face grafted onto a Silverado pickup truck? Well, Dom's Garage in Miami has got you covered because it's created just that: A custom, glorious, spiritual successor to the Escalade EXT. Another way to look at this, though, is as a Silverado that's had its much-maligned front end "fixed."

No, this isn't photoshop. The Escalade-faced pickup you see here is real and likely the result of some serious work because despite the Silverado and the Escalade both being based on GM's T1 platform, the Caddy front end isn't exactly a plug-and-play part.

"A lot of fabrication and the fenders don't just bolt up," Dom's Garage replied to an Instagram comment. This probably didn't require quite as much effort but they also remembered to stick a Cadillac badge on the tailgate, giving it a more official look throughout. Of course, if you look closely and feel like pointing out everything that still makes it look like a Chevy, you can do so, but the point here is that the package, as a whole, looks good.

This isn't the first pickup-style Escalade to ever exist. As long as you're over the age of, like, 14, you'll likely remember the Escalade EXT, a three-box, open-bed variant that was an option on the second and third-generation Escalades (arguably the generations that made Escalade a household name).

With a short bed and a sloping C-pillar, the Escalade pickup was shaped a little like the Honda Ridgeline. Unlike the Ridgeline, though, it was a body-on-frame truck. Sadly, the EXT was discontinued in 2013 due to poor sales.

What say you, should Cadillac bring the Escalade EXT back?