She’s the great-great-granddaughter of Henry Ford and part of the fifth generation to oversee the dynasty. 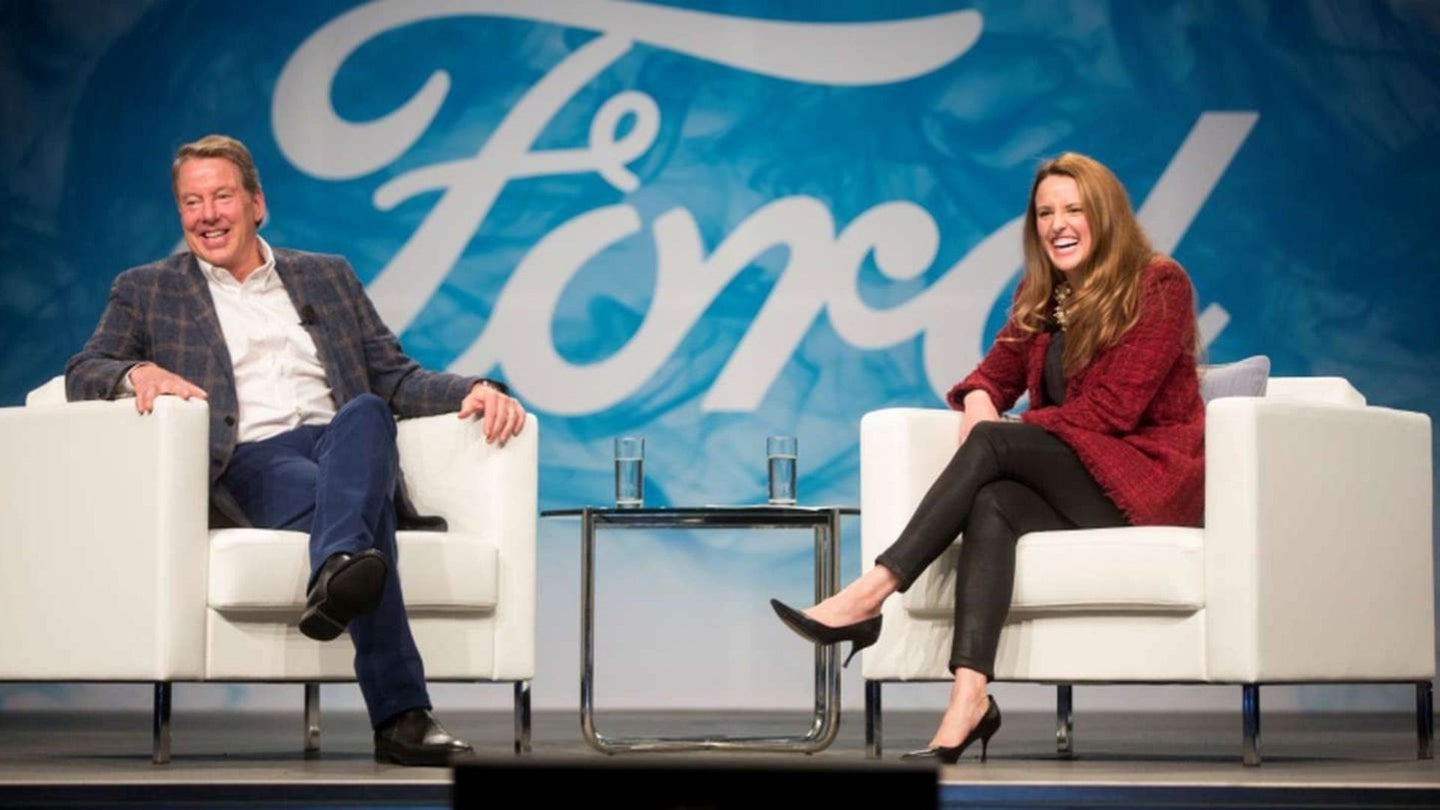 At 33, Alexandra Ford English is the same age as her great-great-grandfather was when he met Thomas Edison, setting into motion a series of events that helped to catapult Ford to the gigantic company it is today. Currently, the automaker employs about 87,000 people in the U.S. alone, and the company is worth billions of dollars. It’s a big job to oversee, and at least one Ford has served on the board of directors from the start. Until the most recent vote that cemented Ford English’s spot on the board, however, none of the women in the family have served in that position. Ford Motors has had and continues to have a number of women on the board, but this is the first time a Ford woman has stepped in.

Clearly, Ford English has the pedigree and she has the brains and experience, too: she holds a bachelor’s degree from Stanford in Human Biology with a concentration in the Neurobiology and Physiology of Human Behavior, and a master’s degree in Business Administration from Harvard Business School. Ford English started working for the family business since 2017 after stints with fashion designer Tory Burch and retail conglomorate Gap Inc.

Ford English joined Rivian’s board of directors about a year ago, which should give her some insight to where Rivian and Ford are headed, both hurtling headlong into the world of electric vehicles. While Rivian beat Ford to the punch for the release of its all-electric pickup truck, there’s no doubt that Ford is learning from Rivian and leveraging the upstart company’s creativity to leap forward. Ford English's experience with autonomous vehicles suggests to me that she's very future focused, which is something Ford will find valuable; especially in the next five years or so.

Her cousin Henry Ford III, the son of Edsel B. Ford II, also joined her on the board. He is currently the investor relations director and has been working for the company for 15 years.

“Henry and Alexandra are both passionate and capable young business leaders who care deeply about Ford Motor Company and the welfare of our customers, employees, dealers and shareholders,” Bill Ford (Alexandra Ford English's father) said in the automaker’s recent press release. “I am pleased and proud that we have a new generation of Ford family leaders who believe in serving the company and ensuring it remains a successful and positive force in the world for years to come.”

This is a family that has plenty of stories to tell. It's going to be interesting to see what Ford English leads next.

Ford Is Going to Make Its Batteries in the US

The Blue Oval is set to join its rival, GM, in manufacturing EV batteries stateside.