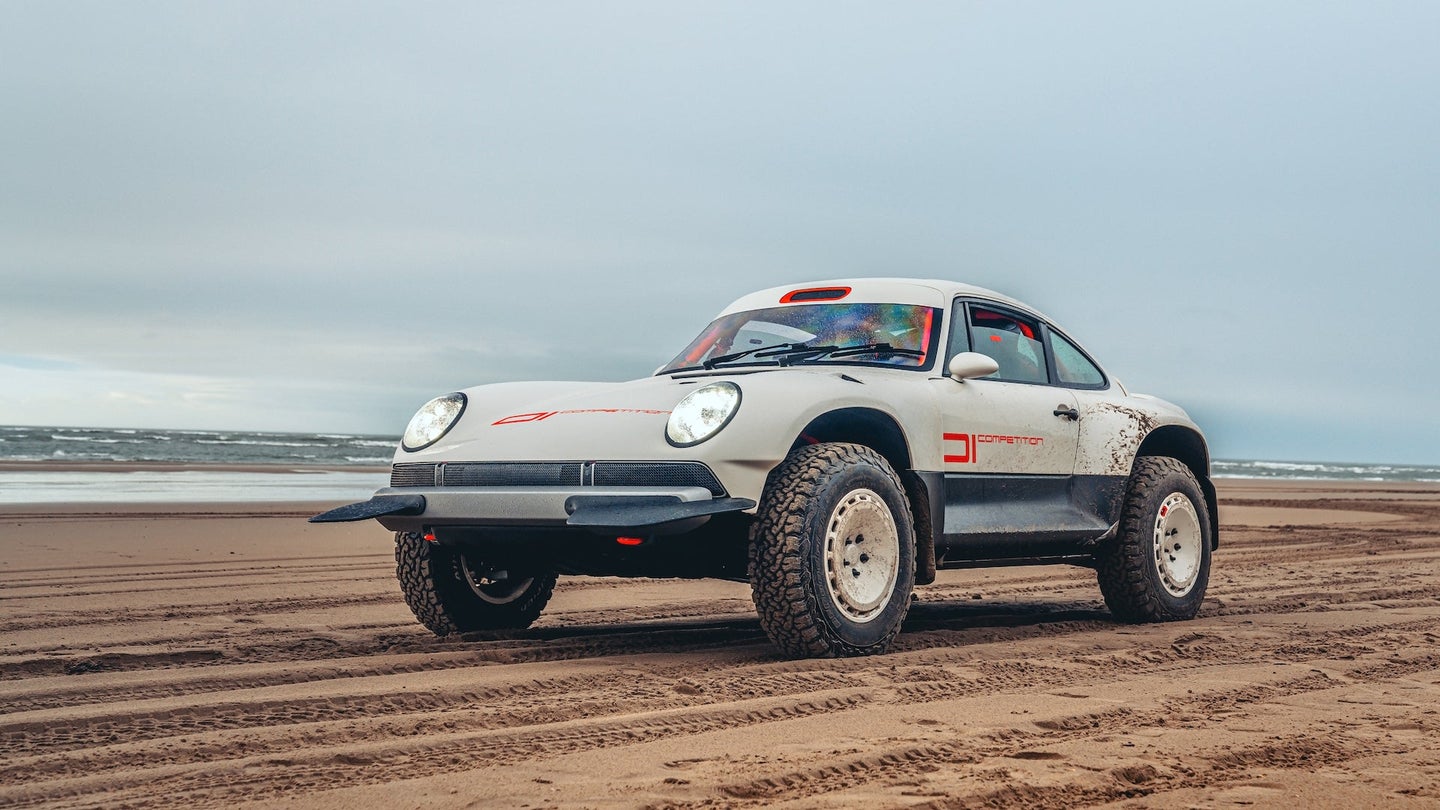 Interest in off-roading and general outdoor activity has been on the rise since the pandemic and it's not hard to see why. People want to get out of their homes, experience the world, and do things they haven't done before.

That's the official rationale behind slightly off-road modified family haulers and the like. But the 10-year-old Mad Max fan in us wants to believe that folks' newfound enthusiasm for high ground clearance and chunky tires is partly explained by a collective demand for an exit strategy once the virus mutates uncontrollably and the zombie apocalypse is upon us.

On that note, we wanted to ask you all: What car would you safari? That is, which car would put on lifted suspension, slap all-terrain tires on, and deck out with a bunch of black plastic cladding so it'll go over anything and everything?

Of course, the tried-and-true answer would probably be the Porsche 911. Look, I love the Singer ACS as much as the next car nerd but lifted and rugged 911s are a known (albeit awesome) entity. Imagine how boring the post-Rapture wasteland would be if everybody was rocking a safari 911. Let's get some variety in here.

If it were me, I'd probably take something like a Mustang or maybe even a Civic Type R. Something performance-oriented yet spacious enough to feasibly live out of, something with an aggressive face that'll strike fear into the undead, and something with immensely available and affordable parts. Because when you run over as many zombies as I am planning to do, you're inevitably going to break some things.

I’m Testing a John Deere 3038E Tractor. What Do You Want to Know About It?

We are now specializing in vehicles with 38 horsepower. Sorry, those are the rules.

What Would It Take To Get You To Only Buy EVs From Now On?

Automakers are committing to EVs with dizzying speed and myriad reasons to buy them. Unless you’re a diehard ICE fan.

What Car Gets the Most Undeserved Hate?

The Toyota Prius is very good at the job it sets out to do. Stop bullying it.