It's beefed up to manage 473 horsepower from that delightful straight-six while still feeling properly engaging. 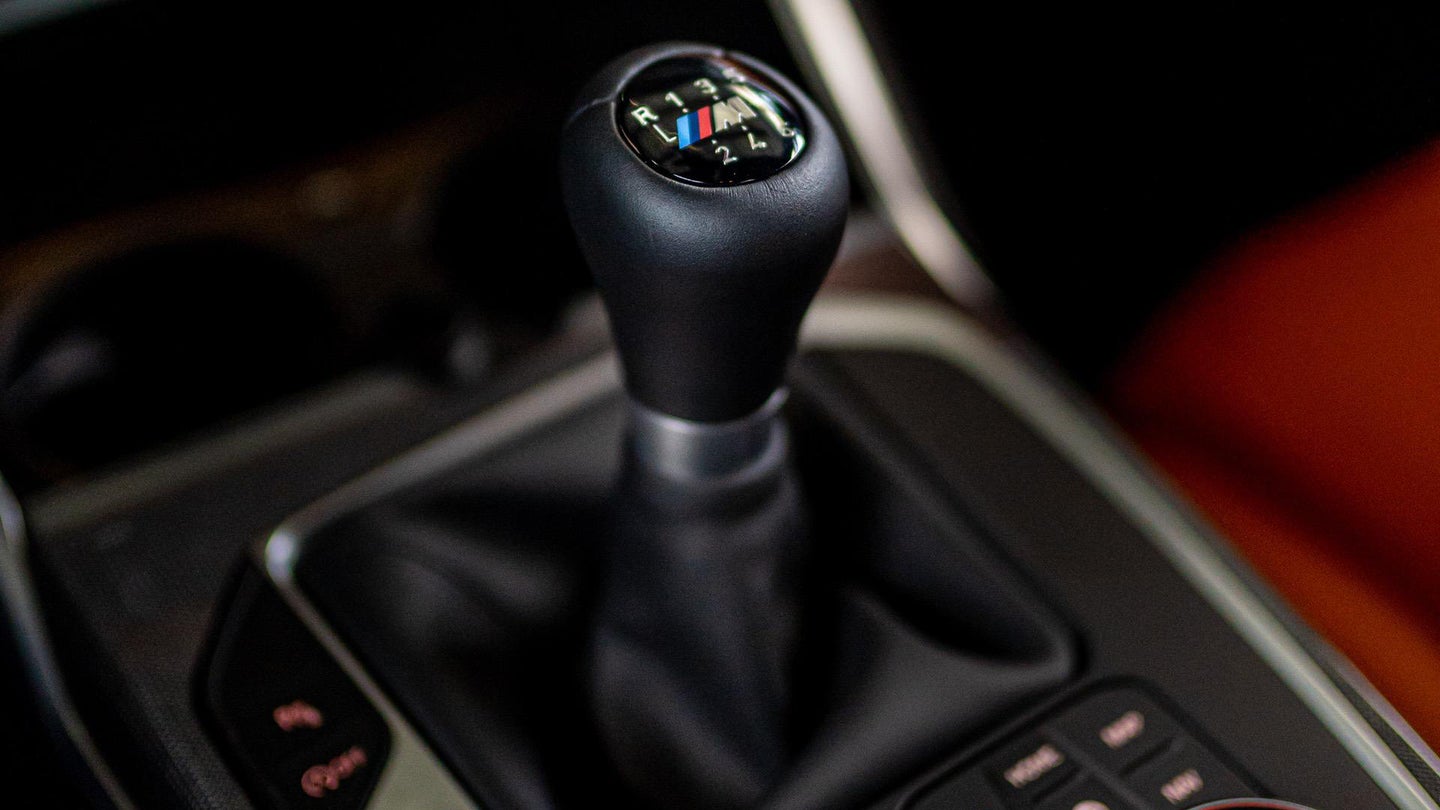 BMW has surprised its competition by retaining the six-speed manual for its 2021 M3 and M4 core models, which feature the S58 twin-turbo straight-six engine tuned to 473 horsepower and 406 pound-feet of torque. This combination makes a zero-to-60 run possible in 4.1 seconds, while the 503-horsepower Competition models do the same stunt in 3.8 seconds with their ZF eight-speed automatics.

As explained by the engineer responsible for BMW M transmissions, Karsten Fabian, the only electric component in the manual unit is the gear sensor, which reports your selection to the completely optional shift assistant for some automatic rev-matching. This can be disengaged in all drive modes for a good session of personal heel-toe shifting.

While it's more or less the same dry-sump unit as in the previous generation of M3 and M4, the six-speed manual has been upgraded to handle the 2021 model's 406 pound-feet of torque. It also has improved shifting precision thanks to the shifting rod being twice-attached to the bodywork, as well as to the transmission tunnel.

The twin-disc clutch has been retained and features four friction layers, a solution that allows for extended clutch slippage to improve acceleration. BMW's dual-mass flywheel has been adjusted to the S58 engine as well, now featuring a larger starter gear rim and a crankshaft flange reinforced with four metal plates instead of the previous three.

With the usual H-pattern and standard BMW reverse lockout left as is, anybody driving a new M car with a manual should feel right at home while making the most of the extra power and torque sent to the rear wheels. Maximum control, more pedals to push, easy maintenance, and just loads of fun all around.

If you'd rather have the engineer behind it all explain it instead of us, then check out this three-minute clip:

Another high-performance sports car just announced with a stick-shift is the newest Porsche 911 GT3. Pick your destiny, but know that you'll pay a pretty penny more for the P-car.