Just don't expect both at the same time. 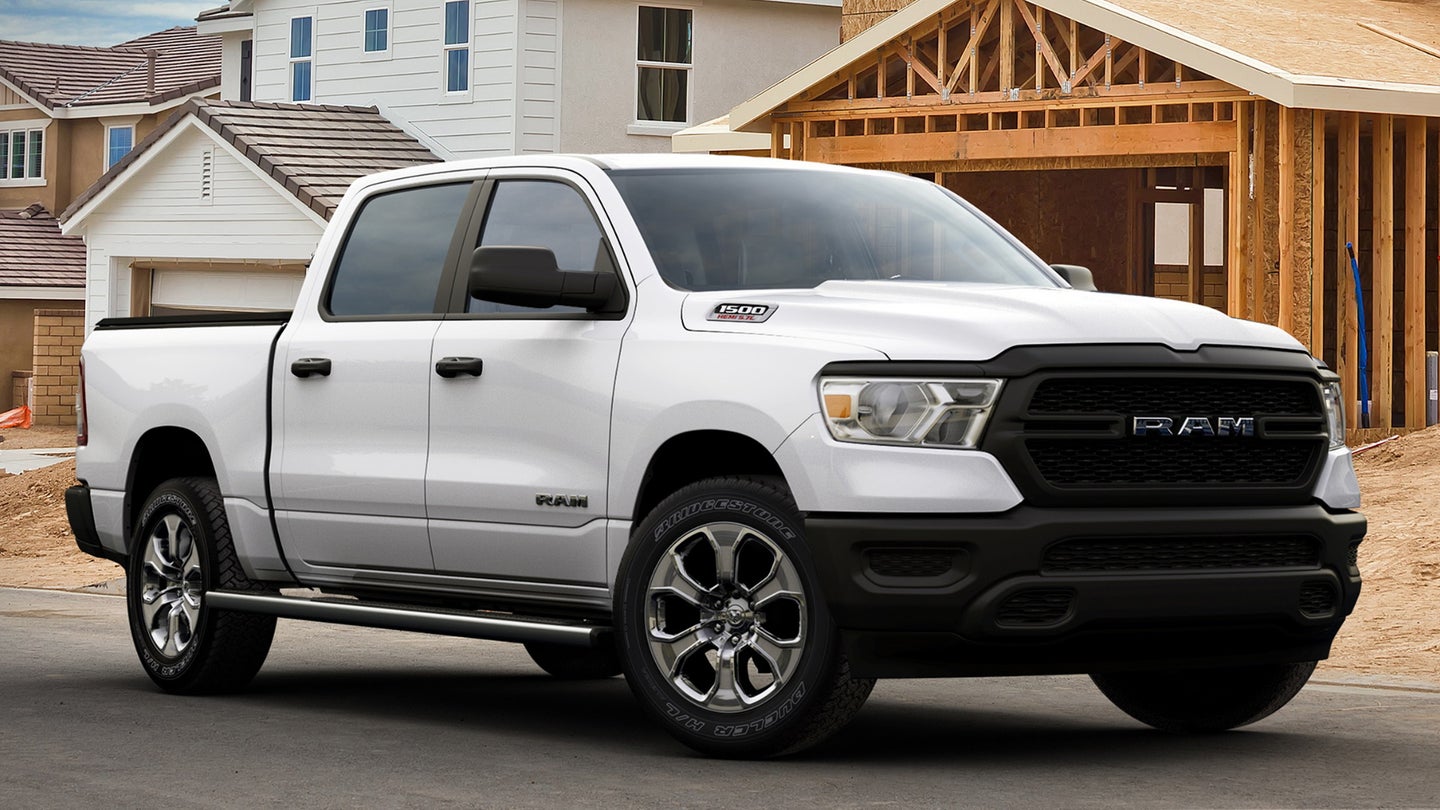 It's no secret that pickup trucks aren't exactly king when it comes to fuel economy. It was big news on Ford's end last year when the brand's hybrid F-150 managed 26 miles per gallon on the highway, for instance. Diesel-engined half-ton trucks, though, are different as Chevy's Duramax-powered Silverado 1500 manages 27 mpg combined. Ram's right there with its EcoDiesel and now, the most capable application of that power plant is here with the Ram 1500 HFE Tradesman.

The Ram falls just a single mpg short of Chevy's combined fuel mileage number, though it matches its mark of 33 mpg on the highway. Thanks to that—and the truck's 33-gallon tank—the HFE Tradesman can travel 1,000 miles on a single tank. That claim comes from the automaker, but we tested out it out as well in 2020 with results to back it up.

Still, this truck's impressive numbers don't end there. While the Chevy and its 3.0-liter Duramax may be able to match this new Ram's fuel economy, the Silverado can't touch its 12,560-pound towing capacity. The competing diesel Silverado can only manage 9,500 pounds, and while Ford's F-150 Power Stroke diesel notches 11,400 pounds in that regard, that's still a ways off from the Ram.

The 3.0-liter EcoDiesel V6 makes 260 horsepower and 480 pound-feet of torque—the latter is what's important here. The Ram touts a 20 pound-feet advantage over the Chevy, and it's got 40 pound-feet more than the Ford.

This efficiency doesn't exactly come for free. You won't be getting that fuel economy when towing, and it seems like this truck in particular has been carefully optimized to achieve these numbers. You can only get the HFE Tradesman as a short bed crew cab, and there's no four-wheel-drive option, but such is to be expected. That tonneau cover in the picture above is probably helping with aerodynamics a lot as well, so if you plan to ride without it, expect a dip in your overall fuel numbers.

For $43,935, this new Tradesmen is a relatively cheap, fuel-efficient machine that will likely be very popular with fleets once it goes on sale this spring. Maybe you can convince them to build a single cab? Nah, probably not.