Which Car Reminds You of a Bad First Date?

Repeat after me: it’s not the vehicle’s fault. 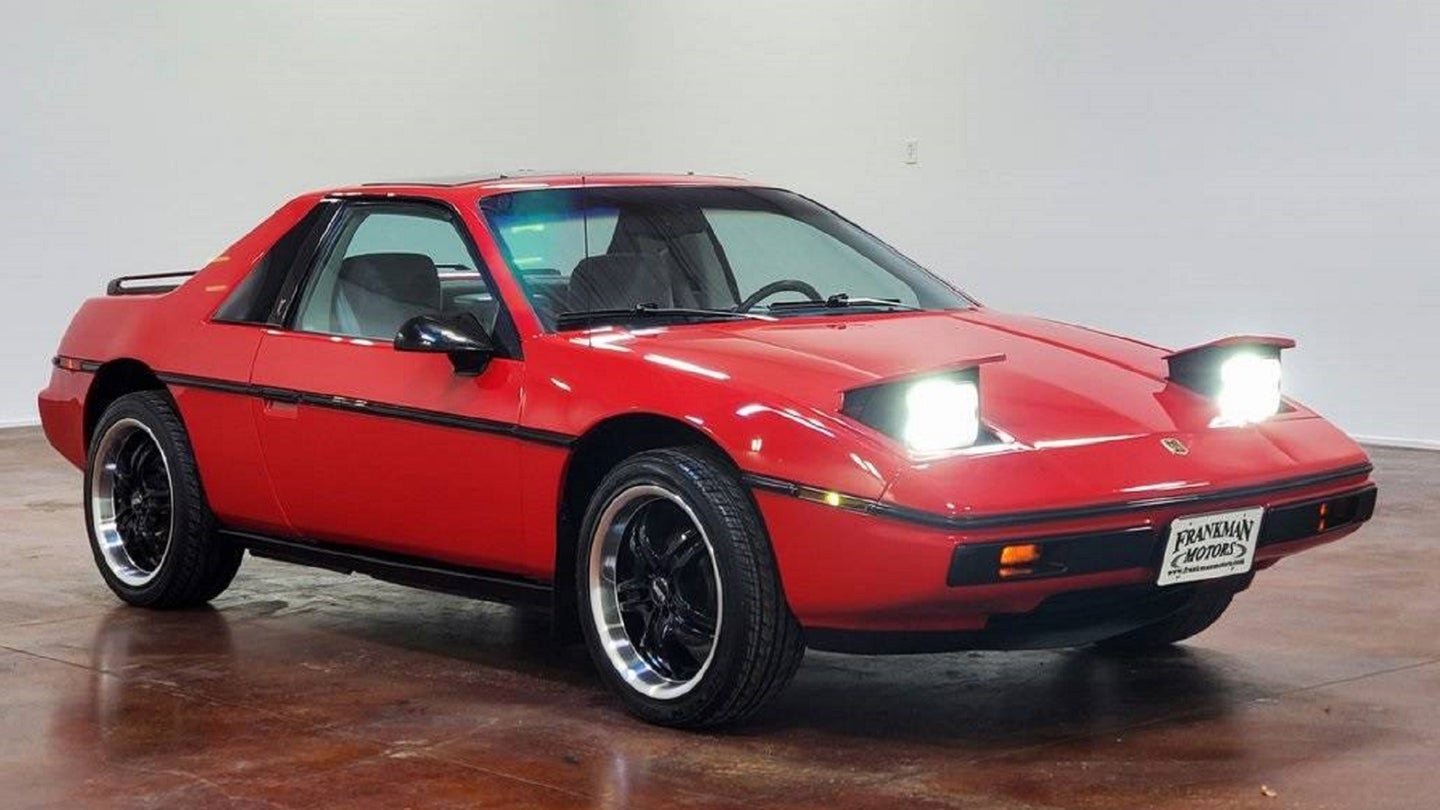 I think his name was Jeff, but I’ll always remember him as Fiero Guy. He showed up at my door to pick me up for our first date with his shoulder-length dark hair casually mussed and his purple button-down shirt unbuttoned to the middle of his torso. (My mother, to this day, will never let me live this down, either.) In the driveway, his steed was ready to whisk us away: a red mid-80s Pontiac Fiero. In hindsight, I think it may have been the car that I wanted to date in the first place.

The Fiero launched in 1984, not long after the energy crisis. Pontiac’s little sports car was equipped with the "Iron Duke" 2.5-liter engine that made an underwhelming 92 horsepower. But it was light and fun, and it was cool back then. The Fiero required some significant changes to the sump and oil pan in order to squeeze in the Iron Duke. However, the dipstick stayed put, and that’s where the problems started: the oil level appeared to be fine, but it was low. That alone might not have set off a firestorm (literally and figuratively in the news). Combined with defective connecting rods and a tricky wiring harness and a few other potentially-bad combinations, fires were unfortunately common for a while.

It’s ironic that they named the car Fiero, which loosely translates to “fiery” in Italian. To Pontiac’s credit, none of the fires – which made up less than one percent of all sales – resulted in death or major injuries. And from there, the Fiero was improved in body style and performance, and the GT model included a V6 with 140 hp. This all-American company created a tiny sports car with Italian flavor and an Italian name, which is ambitious in itself. The little-mid-engine-car-that-could was all the rage, and sales went crazy at first until the bad publicity from the fire problems were too much. GM threw in the towel in 1988.

I met Fiero Guy at one of the most random jobs I’ve ever had was during the summer after my freshman year of college, as an escort driver to accompany truckloads of mobile home frames around northern Indiana. Essentially, I drove a green pickup truck with a “wide load ahead” sign on top, leading a stack of frames from the manufacturer to builders within a two- or three-hour radius. After a few flirtatious exchanges during the delivery of said mobile home frames to the client, Fiero Guy asked me out. When the big date arrived, he drove us to Gropp’s for dinner, where he proceeded to guzzle down two full pitchers of beer and somehow I got home alive. I was much smarter after that about taking the keys away.

Every time I see a red Fiero–which is not often anymore–I think of that guy and the disastrous date. Luckily, it was near the end of the summer and I didn’t have to see him again much after that.

What car reminds you of a date that went horribly wrong? We want to hear about it.

Got a Fiero story or a tip? Send us a note: tips@thedrive.com.

Of course, it was ugly too, but…