Throwback Thursday: Remember When the Cake Boss Was Arrested for DWI in His Corvette?

Worth remembering if for no other reason than the following quote: “You can’t arrest me! I’m the Cake Boss!” 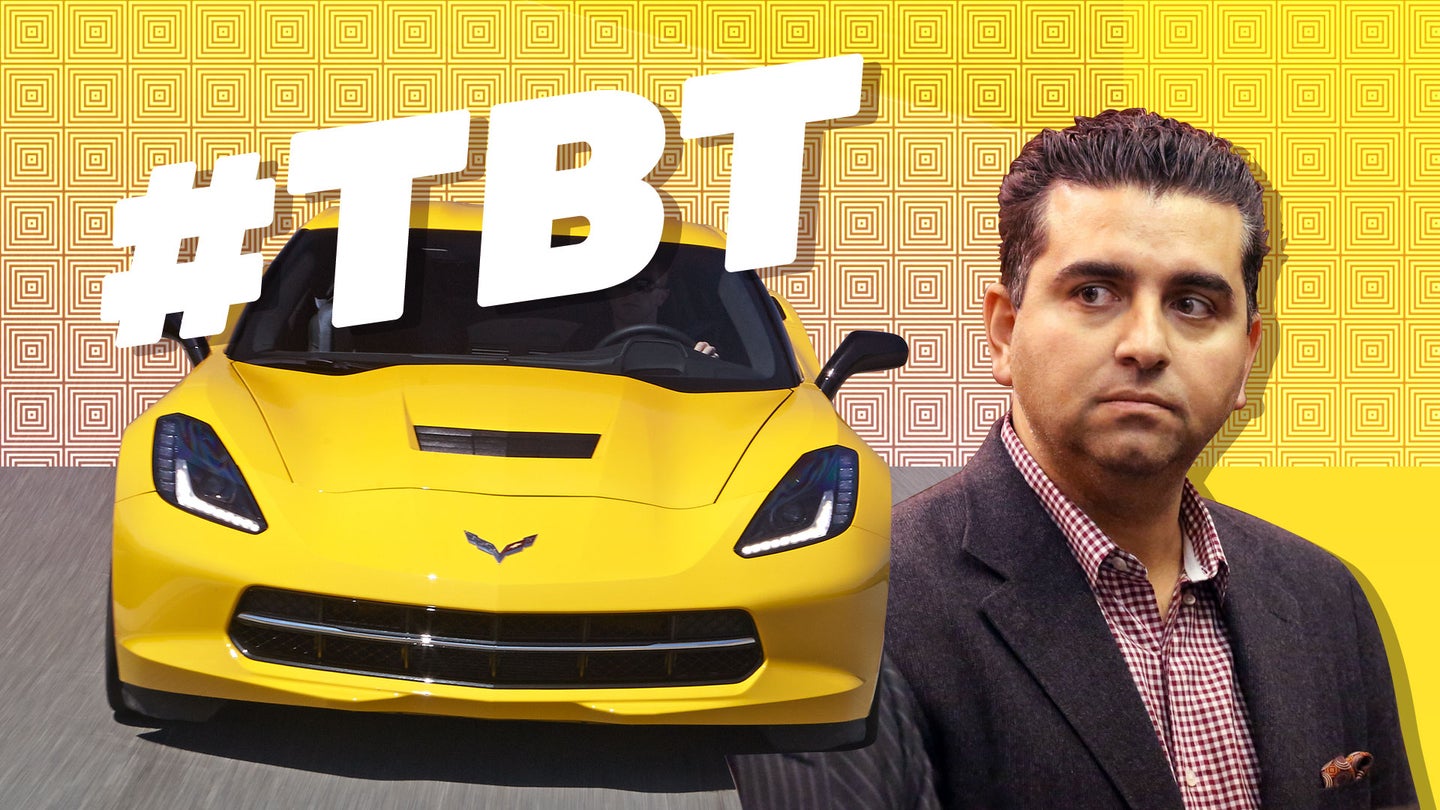 Full disclosure: We were prompted to bring this story to you entirely because it came up during our usual morning bull session in the office. But it's Thursday, which, in Internet-land, means it's the day of the week where it's entirely acceptable to dive down memory lane, especially in the name of an amusing story. And since The Drive wasn't around back in November 2014 when all this went down, we figured it was worth sharing.

Around 1 o'clock in the morning on Thursday, November 13th, 2014, a 37-year-old New Jersey man named Buddy Valastro was pulled over by officers of the New York Police Deparment on Manhattan's 10th Avenue near the Hudson Yards development in Midtown, according to media reports from the time. Valastro's yellow 2014 Chevy Corvette Stingray was spotted driving erratically along the avenue near 20th Street, police told the New York Post; cops followed the car for about 12 blocks before pulling him over in front of a catering company. Upon noticing the smell of alcohol on Valastro's breath, police said they gave him a Breathalyzer test; after he blew a 0.108—significantly above the legal limit—he was taken in and charged with DWI.

Now, normally, a 30-something Jersey bro being pulled over for driving while intoxicated in a yellow Corvette would just be another day ending in "Y" in New York City. But two things set this story apart from the norm: Not only was Valastro the eponymous pastry premier of the TLC reality show "Cake Boss," but he reportedly attempted to leverage his demi-celebrity with the cops—giving us a phrase that, if there is any justice, should go down in history as one of the most absurd catchphrases of the 21st Century:

That, prosecutors said at Valastro's arraignment, is what he said to the officers after they pulled him over, according to NJ Advance Media. The prosecutors—who said the Cake Boss admitted to having a drink or two before he was pulled over. —added that Valastro told the cops more than once that he didn't need to be placed under arrest.

They could not. As a result, Valastro spent the night in jail.

Ultimately, the Cake Boss pled guilty to driving while impaired; according to The New York Times, he was fined $300, barred from driving in New York for three months, and made to take a course on drunk driving. "One is too many, and I will never get behind the wheel of a car again if I have a drink, even if I have a sip,” Valastro said, according to the Times; “I can tell you honestly that when I got in that car I thought I was fine to drive, but I wasn’t and I put people in danger.”

So, let the Cake Boss's mistakes be a lesson for the rest of us: The next time you even consider climbing behind the wheel after drinking, reconsider. And if you get pulled over for any reason, don't turn indignant and tell them you're the Cake Boss. Unless you're doing it ironically. In which case, send us the video and let us know how that turns out.