The Nio .N isn't just pretty to look at—if its claimed range of 559 miles is true, it could become one of the longest-range EVs on the market. 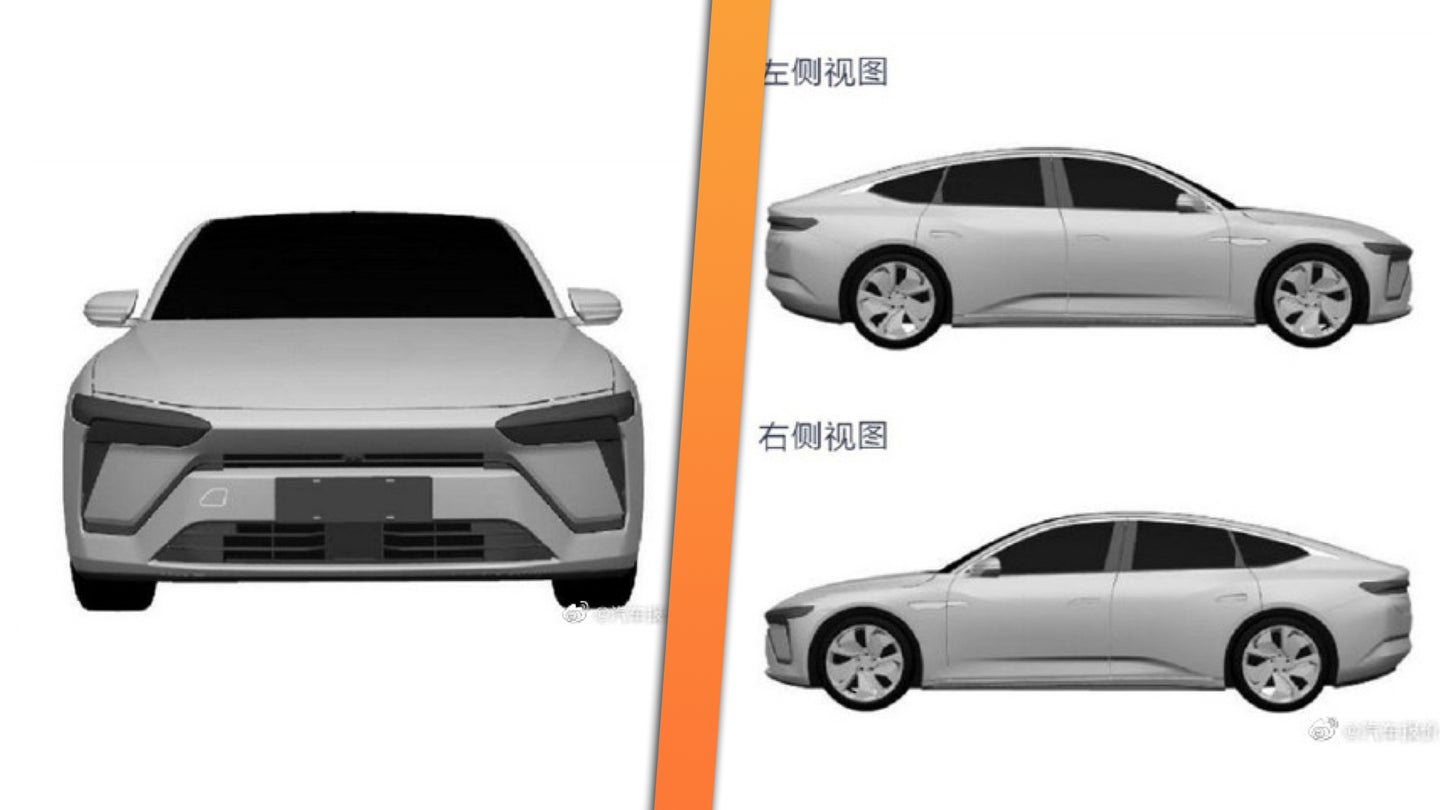 Nio is one of the most-hyped EV makers in the massive Chinese market, and they're about to drop a flagship sedan that could be one of the longest-range EVs in the world. Patent images of Nio's first electric sedan, the .N, leaked ahead of its January 9 reveal, showing off not just a gorgeous design, but some impressive specs, according to CarNewsChina.com.

CarNewsChina.com posted the leaked images of the Nio .N to its Facebook page today. The .N is the production version of the ET Preview concept released in 2020, which was an almost-production car meant to show off Nio's upcoming sedan range.

We'll believe these specs when we see them in action, but according to CarNewsChina.com, the Nio .N will pack an incredible 150-kWh NCM811 nickel-cobalt-manganese battery pack that can achieve 559 miles of range using the European NEDC test. Nio's own announcement confirms the sedan will have a 150-kWh pack, but doesn't go into further detail.

The NEDC figures for EV range tend to be more generous than those determined with the United States EPA's test, but that 559-mile figure blows the current and upcoming range leaders out of the water. The Tesla Model S Long Range Plus has the longest range of any EV on sale at the moment at 402 miles, per the EPA's figures. Lucid claims that its 2021 Air sedan, which drops in spring 2021, gets 517 miles of range by doing the EPA range tests on their own. Tesla promptly shot back with claims of a 520-mile range for its upcoming 2022 Model S Plaid.

Nio's more powerful battery pack is a major break from the current or upcoming top-of-the-line EVs, too. Tesla CEO Elon Musk claimed that the Plaid has a battery pack good for over 100 kWh when it was announced. Lucid claims its Air has a 113-kWh pack—and that's for the extended range version.

CarNewsChina.com also claims that the .N will get Level 4 autonomy, but again—we'll believe that when we see it, especially in a production car. Level 4 means that a car will be able to drive on its own under most driving conditions. Currently, Level 2 is as high as it gets in the U.S., where the car can handle major driving functions like speed and steering but a driver still needs to pay attention the whole time and be prepared to catch any mistakes the car makes.

Nio's preview image for its upcoming sedan shows a pod above the center of the windshield which likely holds camera and radar units, according to CarNewsChina.com. You can see the pod more clearly by lightening the teaser image of the new sedan that Nio posted to its website:

The Nio .N will be officially unveiled on January 9. After setting a Nürburgring record with its $1.48 million EP9 supercar and losing a bunch of money, Nio has been sticking to a fairly foolproof plan: mass-market crossovers sold in the Chinese market, which is paying off.

A road-ready tech flagship like the .N shows that they're getting serious, at least in their home market. We tend to be a bit skeptical of China's homegrown "Tesla fighters," as The Drive's own test of the Xpeng Motors P7—hailed as China's answer to the Tesla Model 3—showed that it wouldn't be quite ready for primetime if it came to the U.S. However, that drive also demonstrated that Xpeng was much closer to something that would work in the U.S. market than many would expect, so we'll have to see how much closer (if at all) the Nio .N gets.

Correction: Wednesday, January 6 @ 11:00am ET: A previous version of this story didn't identify the Nio's nickel-manganese-cobalt battery as a type of lithium-ion pack. The Drive regrets the error.