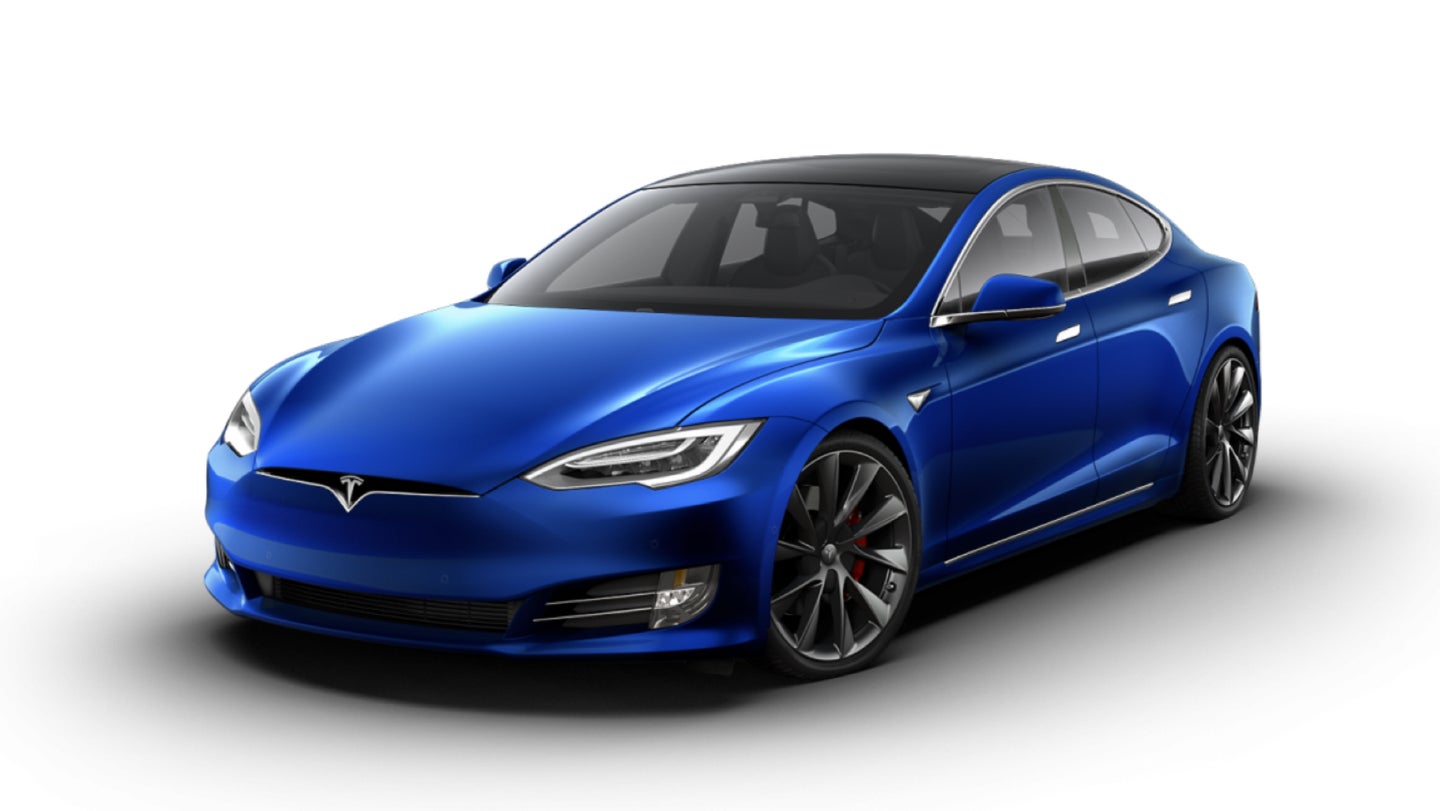 Clearly, Tesla's been paying attention to the performance-focused Porsche Taycan Turbo S and the just-announced range king, the Lucid Air. Tesla claims that its new electric super-sedan rockets up from 0 to 60 mph in under 2 seconds and does a quarter mile in under nine seconds—both of which would be the fastest times ever out of a bone-stock production car.

Tesla also wanted to enshrine its place at the top of the range wars, announcing over 520 miles of range for the Model S Plaid. This beats the Lucid Air's current range record of 517 miles per charge by three whole miles. (Raise hell, praise Dale, No. 3 forever, I guess?)

A video released with its launch also claimed a 1:30.30 lap time around Laguna Seca, although we really want to see an uncut onboard for that one. Musk says that they could chip away at that time some more, and that they plan to set a new Nürburgring lap time with the Model S Plaid, CNET Roadshow reports. Still, according to FastestLaps, this places the Model S Plaid just shy of the Lamborghini Huracán Performante's 1:30.00 lap there, and makes the Model S Plaid the fastest four-door to have set a lap record.

While Tesla hasn't released too much information on the Plaid just yet, Musk said that it would have a battery pack with over 100 kWh, per CNET Roadshow. He also mentioned that it would include the return of the rear-facing third row seats, which were cool but definitely just for small people.

Orders are open now for the Model S Plaid, which starts at $141,100 (including the $1,200 destination charge)—once more undercutting both the fastest Taycan Turbo S and launch price of the new Air. You can play with the configurator here, but the only options are exterior and interior colors, Tesla's 21-inch Sonic Carbon Twin Turbine wheels, and of course, the long-awaited Full-Self Driving Capability. Tesla says that deliveries of the Model S Plaid will start in late 2021.