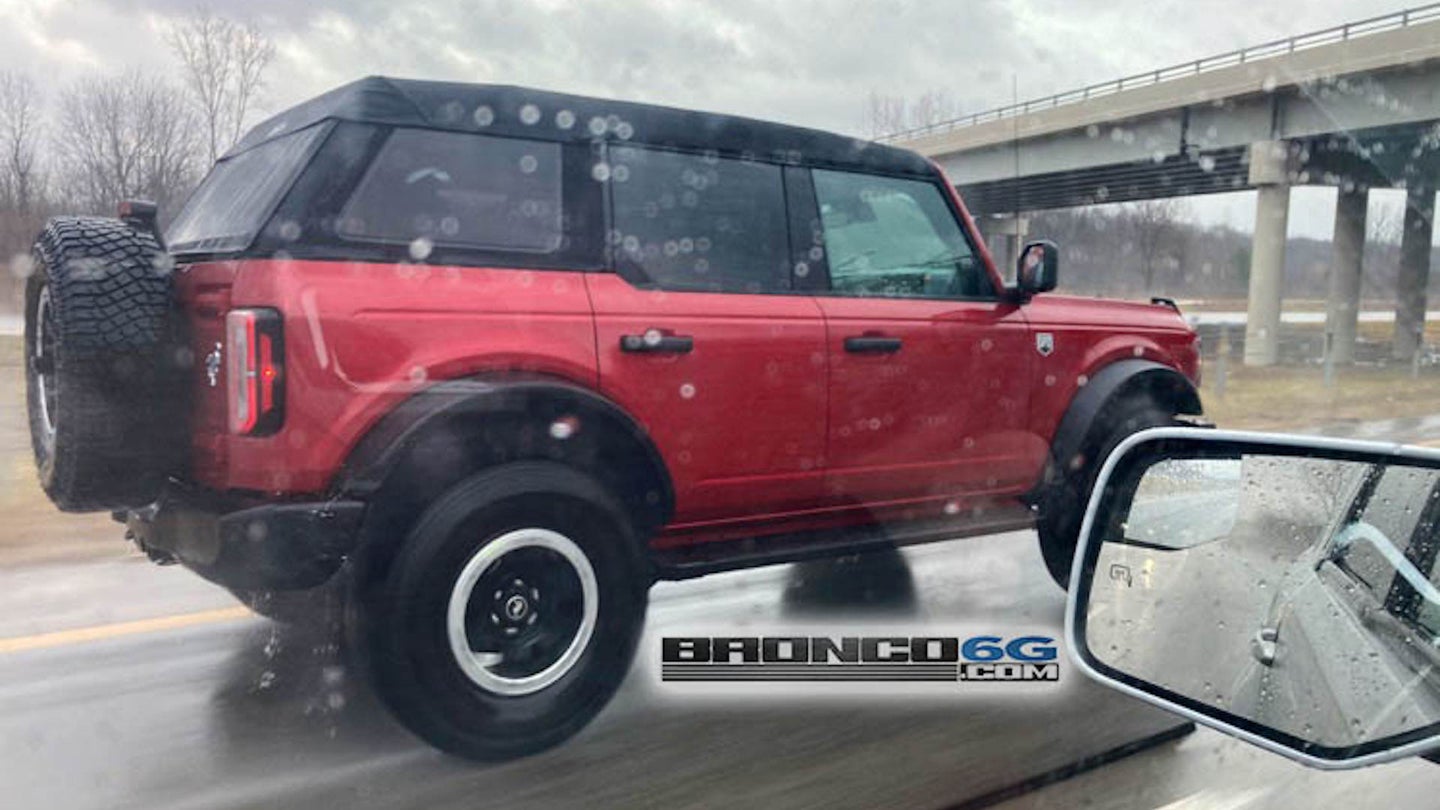 When Ford finally revealed the 2021 Bronco over the summer, photos of the four-door model showed steeply angled rear roof buttresses, hinting that Ford may have been considering fastback-style bed covers from the very beginning. However, two and two didn't add up until that style of roof was recently photographed on a Bronco prototype, one also wearing a specially fitted soft top.

Echoing many leaks prior to the SUV's reveal, images of this previously unseen roof option were shared through the enthusiast forum Bronco6G. It brings a distantly Range Rover- and old Chevrolet Blazer-like rear profile to the Bronco, should people desire that, though for anyone who finds it disagreeable, there's also a plain squared-off bed cover we've seen so far.

As we're unaware of any photos of this fastback before today, it would seem Ford intends to offer this style of roof as an official accessory, rather than a factory option, though we're awaiting confirmation from Ford. Additionally, this specific fastback soft top appears not to be interchangeable between the two-door and four-door Bronco, as its rear window slopes at a steeper angle than the two-door model's roof buttresses. This doesn't count out a fastback option designed with the two-door in mind, but don't cross your fingers for it.

We've reached out to Ford for further details on this roof, and we'll share an update when we hear back. If Ford stays mum, all will become clear closer to the Bronco's launch, which has been kicked out to Summer 2021 due to COVID-19, and the Bronco Off-Roadeo driving experiences with it.