Dealers who sell 15 Titans this month can bank up to $60,000 directly from Nissan. 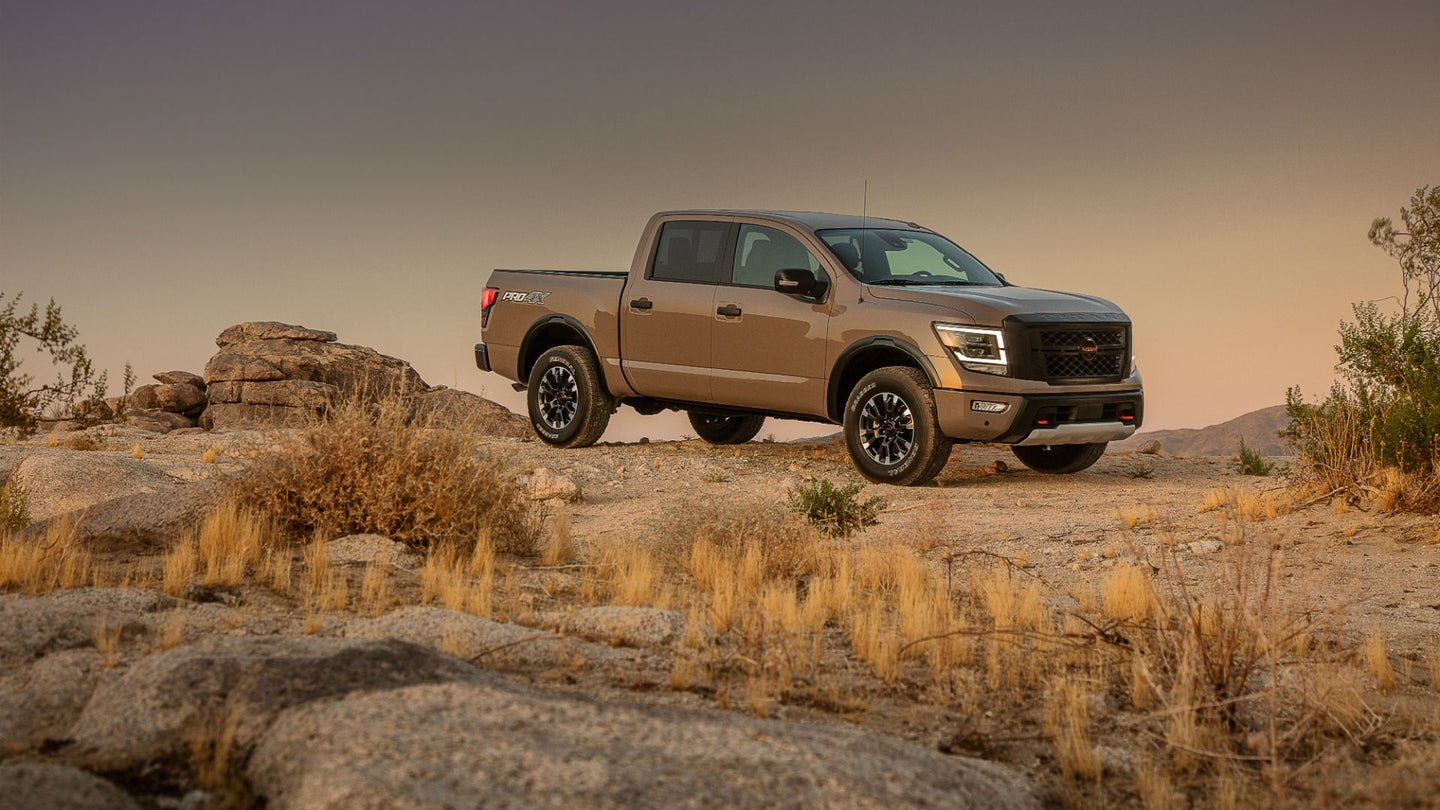 It isn’t unusual for manufacturers to pay dealers to push particularly slow-moving models, but Nissan seems to have put a unique twist on what’s called the “hidden rebate”—a rebate that goes to the dealer and not the customer. That said, smart buyers can demand a share if they know it exists.

According to Cars Direct, Nissan is paying dealers up to $1,500 per truck when selling three to five Titans in the month of December. The incentive climbs to $2,500 per when they sell six to 12 trucks in that same timespan. Those that sell 13 Titans or more can earn a stellar $4,000 per truck. The per-unit reward is retroactive to the first truck sold, and any store that sells 15 Titans this month can earn up to $60,000.

The Titan is a solid truck and has been since the day it debuted. It may not have the ride of the Ram 1500, or the sophistication of the 2021 Ford F-150—which doesn’t have the ride of the Ram either, but it comes close—though there’s nothing really wrong with the Titan. People just aren’t buying them, and that’s what Nissan is looking to remedy with this offer to dealers.

This is one time that it might be smart to approach a high-volume outlet rather than a mom-and-pop store. A dealer with a shot at selling 15 Titans in a month has some cash to play with, so it’s smart to call for your cut of the money if you’re a potential buyer. And note that this to-the-dealer deal is independent of whatever rebate or incentive you’re entitled to.

All that said, most manufacturers after this comparatively slow year are offering some attractive year-end deals in financing and rebates. Even Nissan is offering deals for customers on the Titan. For a Titan XD, Nissan is dealing 0 percent APR for up to 84 months to qualified buyers. The offer ends January 4.

As with any offer of free financing or cash back, whip out your calculator and decide what the best deal is—and sometimes, it’s zero percent financing and cash back. Also, do a little research to see what the difference is between a 2020 and 2021 model. If it’s minimal, and you plan to keep it for at least four years, a 2020 might be the best bargain if you can get it for 10 to 15 percent less than the ’21 model. With a 2020 Ford Ranger Lariat, for instance, Ford is offering up to $4,500 in incentives with very little at the moment for 2021 pickups.

Bottom line, it pays to do your research. If you can spend an hour at home on your computer and save $500, then that’s not a bad rate at all.