Many of us assume that the newest models on the lot are going to have the most advanced safety features, but recent Insurance Institute for Highway Safety crash tests of the recently refreshed Nissan Titan disproved that. The post-refresh 2021 Nissan Titan scored lower in IIHS crash tests than the pre-refresh 2019 model.

Changes to the 2021 Nissan Titan's structure with the 2020 model refresh caused the 2021 model tested by the IIHS to perform worse in its passenger-side small overlap test than the 2019 Titan. The 2019 Titan crew cab was given the IIHS's highest rating of "good," while the two 2021 crew cab was merely the second highest rating, "acceptable." The reason? There was more intrusion into the front passenger area of the cab in the 2021 pickup than there was in the 2019 model. The 2021 Titan extended cab was also rated as "acceptable" for the passenger side small overlap test.

The changes made for the Titan's 2020 refresh updated its look and made it a more comfortable truck, but what Nissan did under the sheet metal is what counts in crash tests. Per the IIHS, Nissan changed the Titan's front frame structure, roof rail, lower sill and hinge pillar in 2020, which no doubt translated into the poor passenger-side overlap test performance.

[A video of the 2020 Titan extended cab side crash test, where the truck earned the IIHS' highest rating of "good."]

A couple safety changes made to the revamped Titan were actually really good. The refreshed model debuted in 2020 with driver-side knee airbags, and a passenger-side knee airbag was added in all 2021 model year Titans built after September 2020.

The refreshed Titan also does more to help you avoid crashes—at least during the day, per the IIHS report. Titans have standard front crash prevention systems that weren't even available on the 2019 and earlier models.

This new collision avoidance tech earned the 2020 and 2021 Titan crew cab and extended cab the highest "superior" rating from in both the IIHS vehicle-to-pedestrian and vehicle-to-vehicle crash avoidance tests. The Titan successfully avoided collisions at 12 and 25 mph in the vehicle-to-vehicle tests, plus it avoided hitting the "pedestrian" dummy in all of the vehicle-to-pedestrian tests. The trickiest test is one run at 37 mph where the dummy is traveling in the same direction as the vehicle in the vehicle lane of travel, and the IIHS said that the Titan even passed that one.

That being said, we specified daytime  for a reason. While the refreshed crash avoidance systems are top notch, one vital piece of safety kit on the post-refresh Titans was rated worse than the 2019 model's: the headlamps. Both versions available on the new Titan got a "poor" rating—the IIHS' worst—compared to the pre-refresh score of "marginal," which sits above "poor" but under "good" and "acceptable" in the IIHS' four rating categories. Collision avoidance tech is cool and all, but your first defense against a crash is always being able to see what's in front of you.

Nissan North America defended its products to Roadshow, saying that the company remains "committed to the safety and security of our customers and their passengers" and that the headlamps on all of its vehicles meet or exceed what's required by current road safety standards. However, they are looking into the regression in the Titan's crash test results. The company told Roadshow that it "will continue to evaluate the truck and consider improvements if appropriate."

While the IIHS admits that a new model faring worse than its predecessor is rare, it's still a good reminder to double-check test results like this before making a decision on a new car. Never just assume that everything on a new car is automatically better than the last one.

Got a tip? Email us: tips@thedrive.com 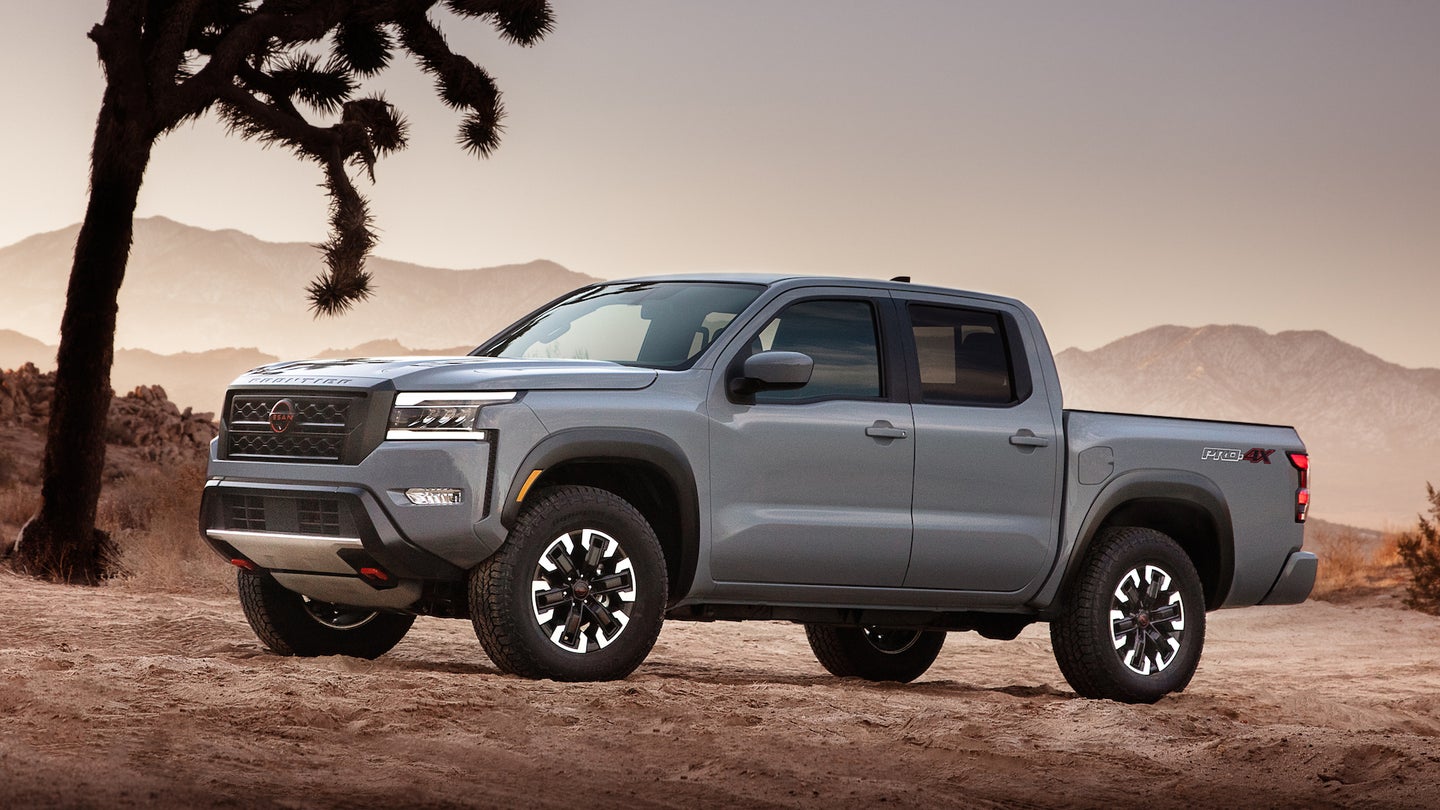 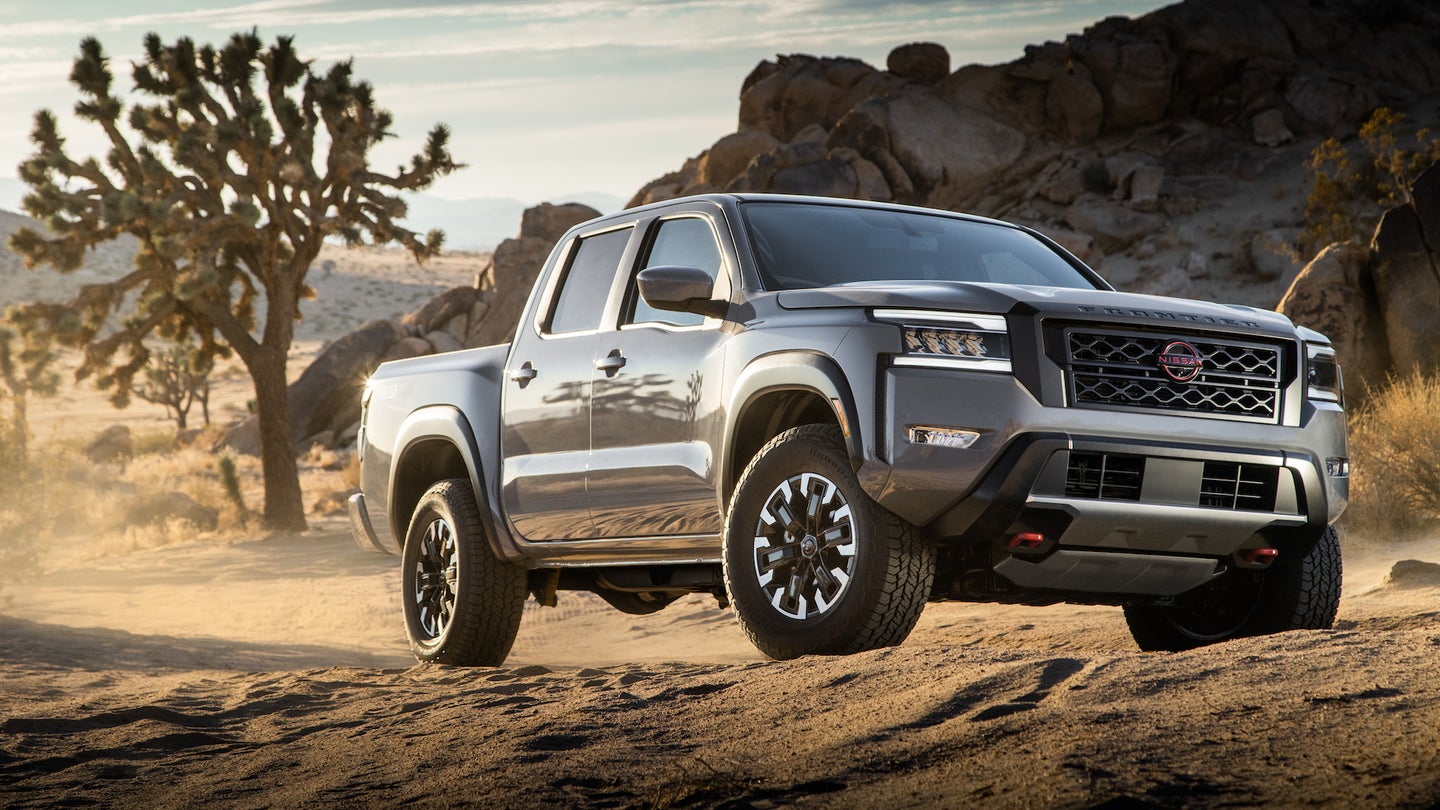 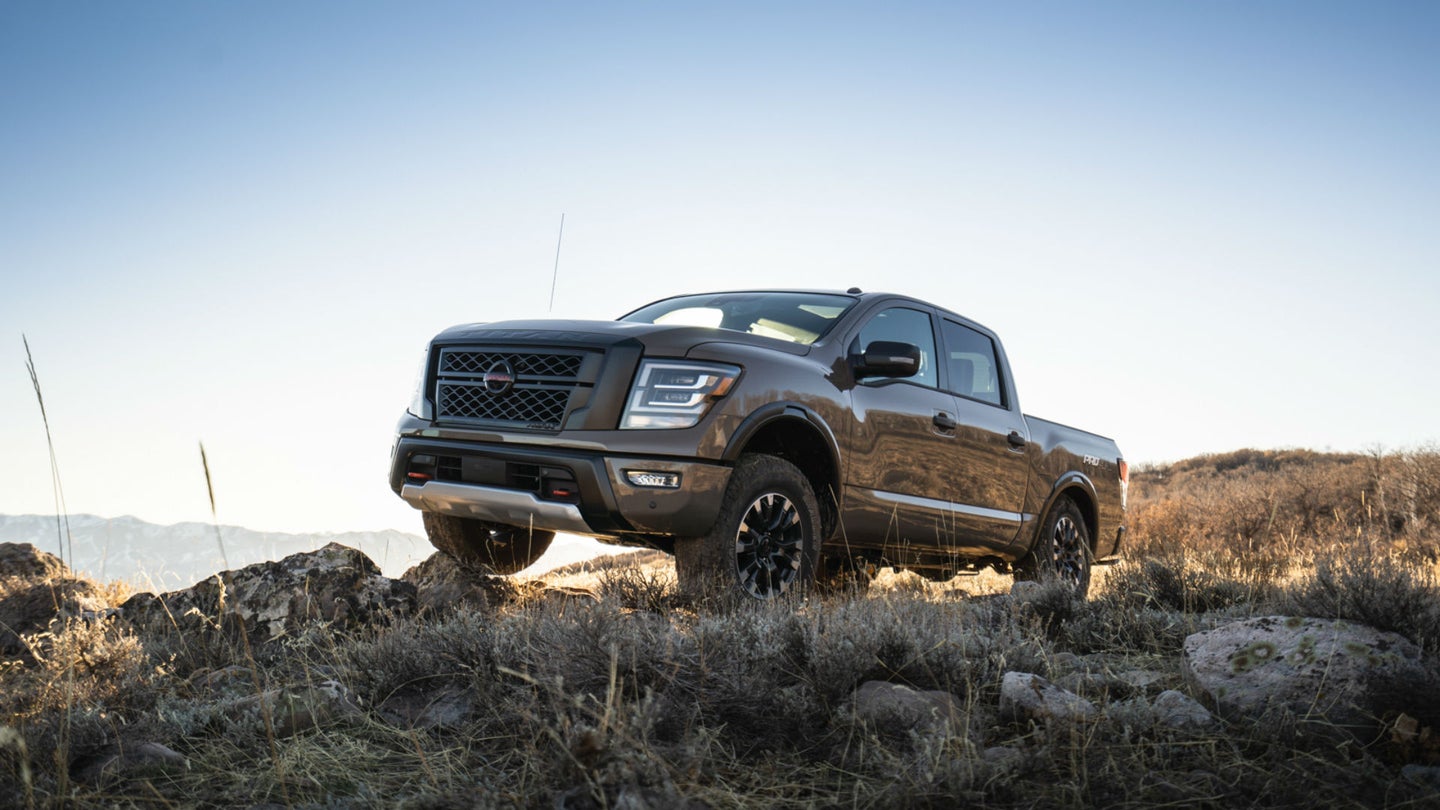 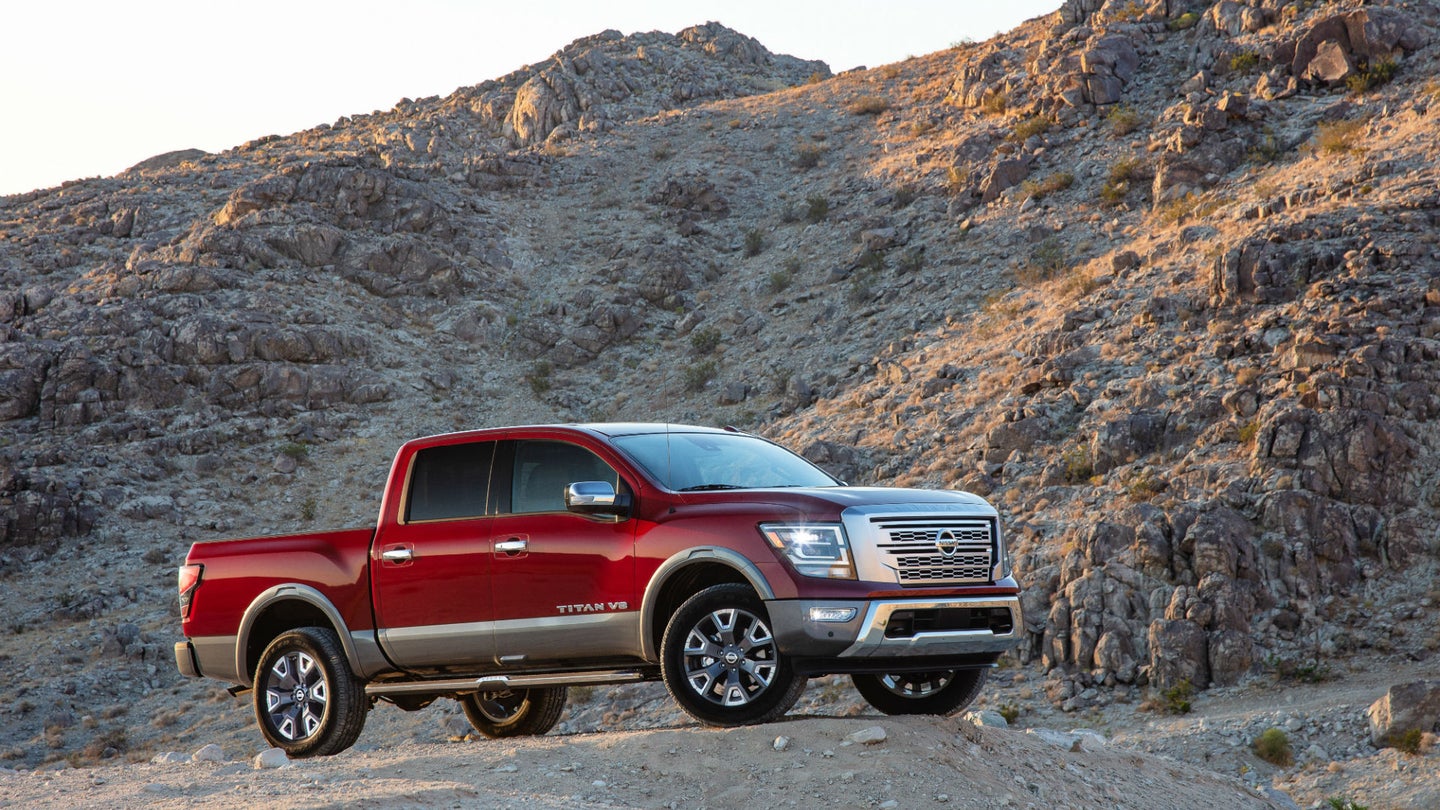 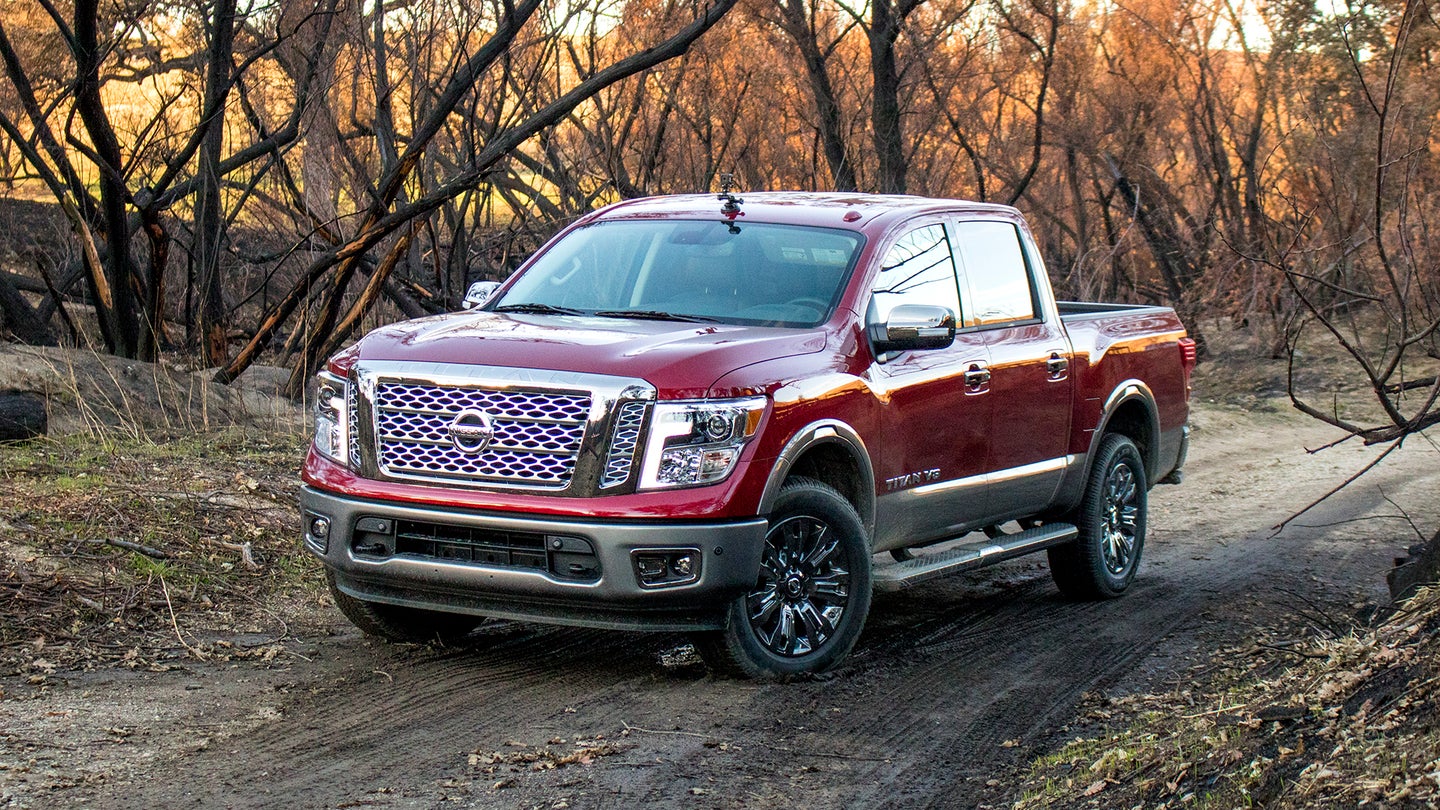