Who needs to go bowling when the bowling can come to you? 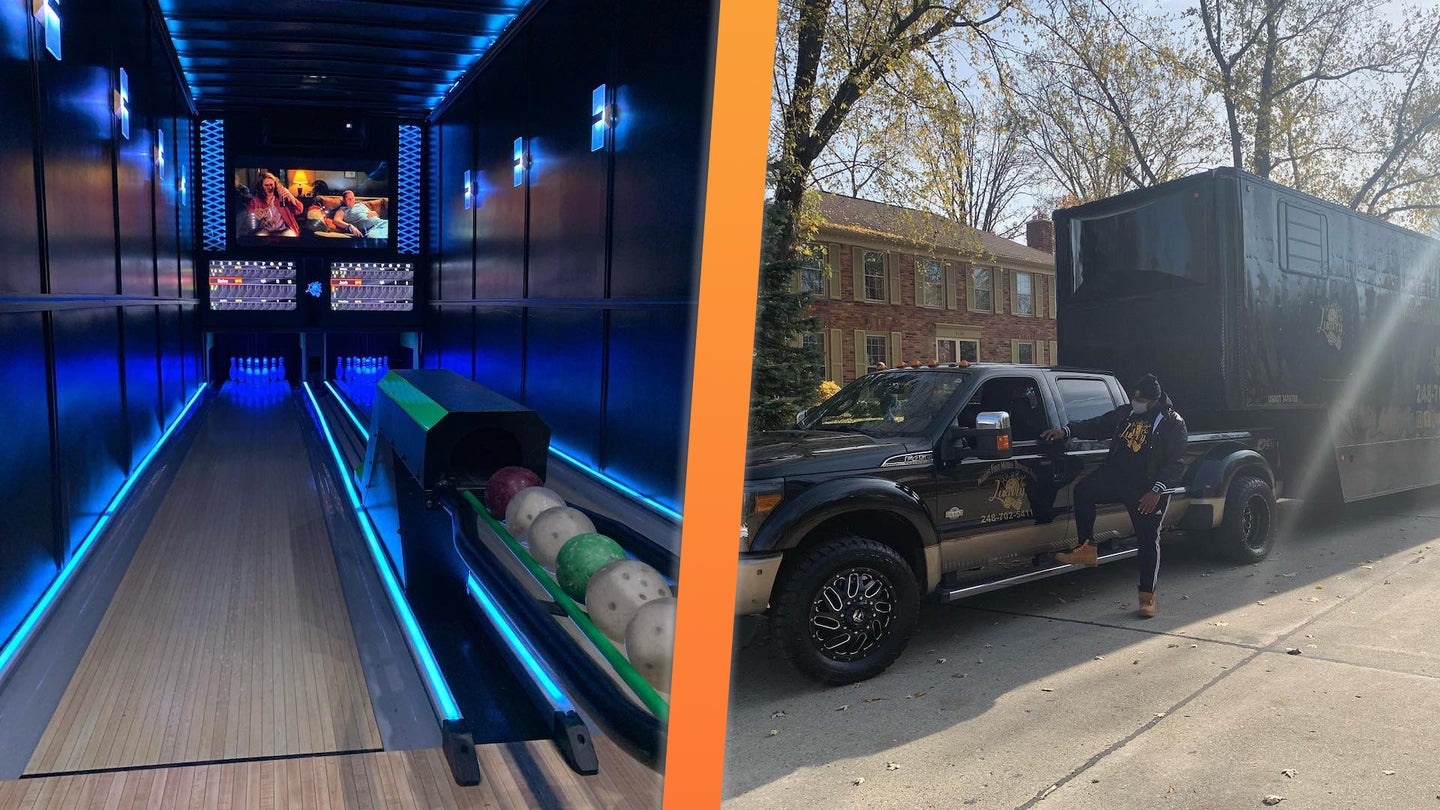 Now that cases of COVID-19 are back on the rise, bars and restaurants across the nation are shutting their doors, and Americans are hunkering down for a winter longer than any in living memory. But up in Detroit, locals won't have to spend the season shut indoors, knitting or Netflix-binging their days away. No, Detroiters will still have the option to go bowling thanks to Terence Jackson Jr., who operates what he calls "the world's first mobile bowling alley."

Built into a 53-foot trailer and hauled around by Jackson's Ford F-450, Luxury Strike Bowling is comprised of twin 25-foot lanes, each with automatic ball returns, pinsetters, and scoring machines according to NPR. It's not quite the regulation bowling most people are used to, as the balls are reportedly a mere three to four pounds and the size of a large grapefruit, but in a time when Americans are hungry for some safe variety, customers aren't complaining.

"I would have never thought about something like this. This is absolutely great," commented one Audrey Vasquez, who celebrated her 35th birthday by bowling against a friend. "And to be honest with you, it's even better because we never thought we would go through a pandemic. So, it's perfect for right now!"

Luxury Strike Bowling was reportedly first conceived by Jackson around two years ago when he was in the business of building party buses. The impetus to realize his idea, however, only arrived with this spring's pandemic shutdowns, at which time Jackson sold off his real estate among other assets to fund the trailer's construction. Dropping $300,000 on the rig was a risk at a time when mom-and-pop businesses across America were shuttering for good, but Jackson's gamble immediately began to pay off in June, with months of bookings rolling in pretty much off the bat.

"The only sport you can't package up and take home with you is bowling," Jackson told NPR, pointing out that bowling also has a broad appeal. "At any age, someone will try to bowl."

With business booming, Jackson has already begun construction on a second trailer, betting on his mobile bowling maintaining appeal even after its stationary competitors reopen. And if people flock back to his legacy rivals after vaccination becomes widespread, Jackson still has the ace of cleanliness up his sleeve—the trailer is thoroughly sanitized between guests, something your average bowling alley seems to do once a month at best.