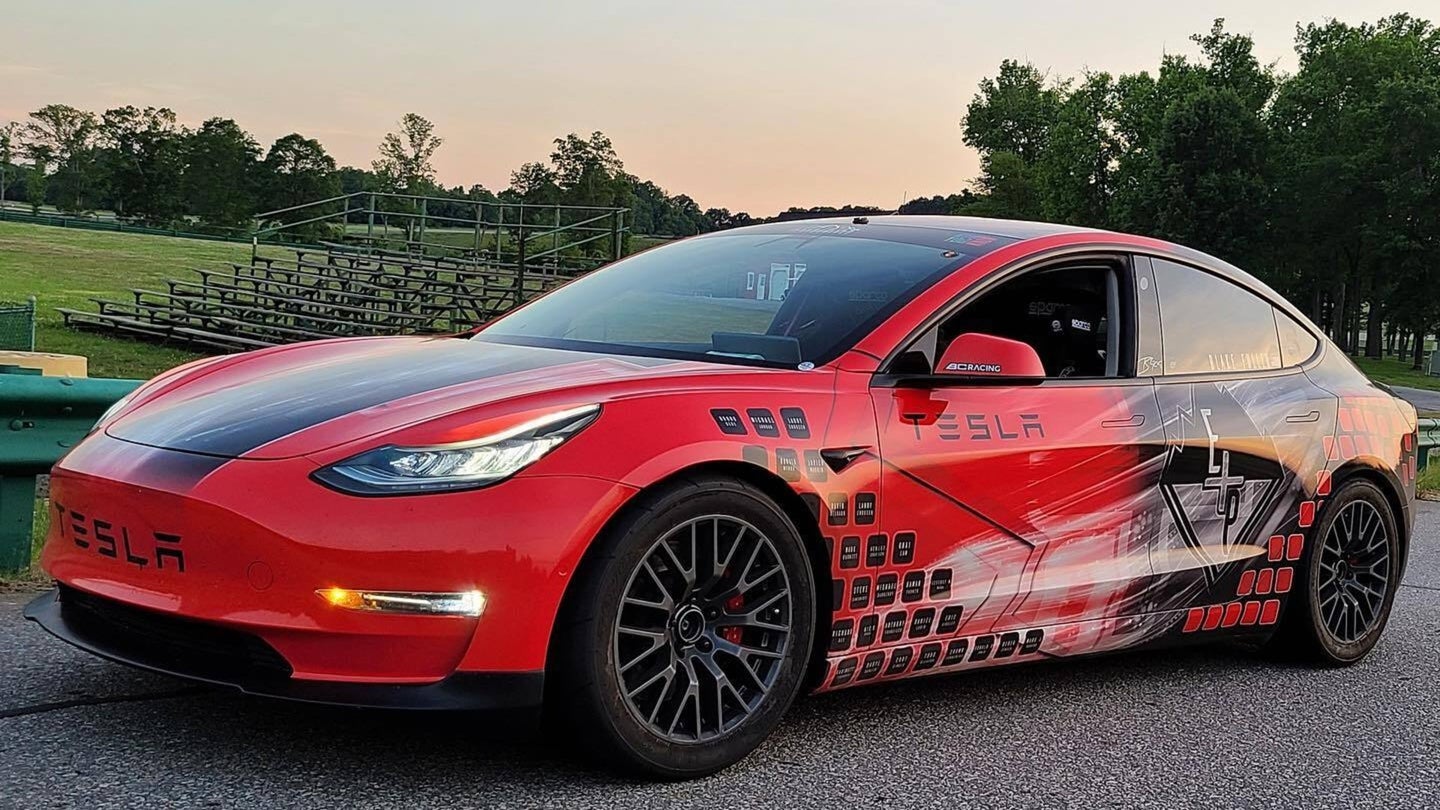 In obliterating the Pikes Peak course record with its electric ID.R prototype, Volkswagen showed the racing world that electric cars are a threat to be taken seriously. Their instant torque and linear throttle response are the stuff of racing drivers' fantasies, and their insensitivity to altitude makes them particularly potent at hill climbs, like the high-altitude Pikes Peak. So while Acura hopes its trio of entries—led by the new TLX Type S—will seize victory at this year's Pikes Peak International Hill Climb, it'll face stiff competition from an equal number of modified Tesla Model 3s, wheeled by an esteemed cast of drivers.

The least experienced of their number is Pikes Peak rookie Josh Allen, a software whiz in the orbit of Formula 1. Allen is known best for slinging an extensively modified Model 3 around race tracks across California, occasionally snagging electric vehicle lap records as he goes.

He will be backed up by Blake Fuller, a two-time PPIHC class winner who became the first person to race a Tesla up the treacherous mountain in 2016. This year's goal is to trounce the record for an electric production car, which stands at just 11:48.264.

Baddest of the bunch is veteran racer-turned-automotive writer Randy Pobst, a two-time 24 Hours of Daytona class winner with many PPIHCs under his belt. He will trade last year's ride, a Dodge Challenger SRT Hellcat, for a Model 3 modified similarly to Allen's, with a full catalog of Unplugged Performance parts. He will remain in the Exhibition class, which he hopes to win this year after placing a tantalizing second at 2019's event.

As the PPIHC's organizers have banned motorcycles following the fatal crash of Carlin Dunne during last year's race, this year's event should unfold without risk of repeating such a tragedy. Still, a dark cloud will hang over the race in the form of COVID-19, as the event will be run sans spectators for the first time in history to slow the deadly virus' spread. Come Aug. 30, the ghost race will receive live online coverage through the Facebook page of event sponsor Mobil 1—it'll be a perfect after-party to the day's F1 race.