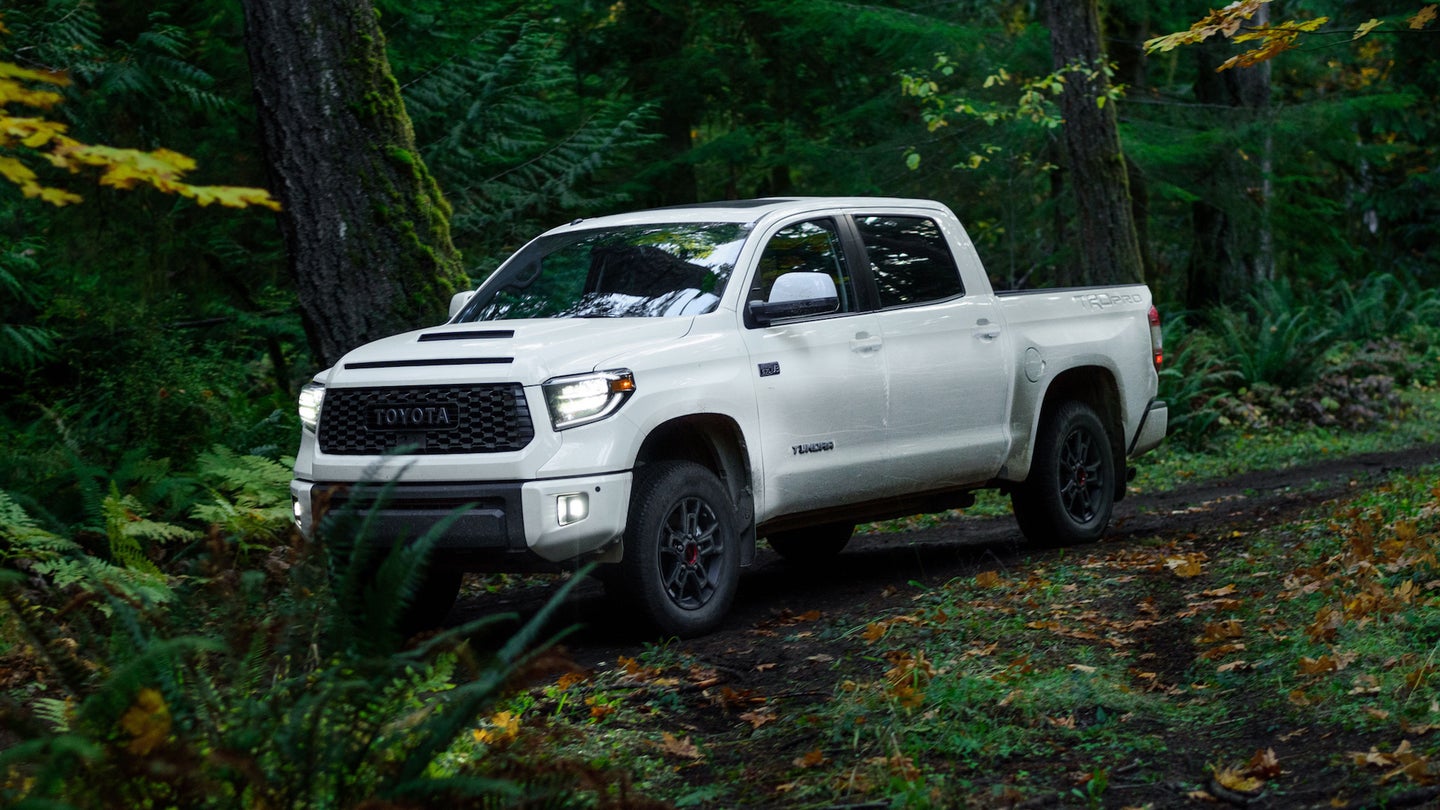 Toyota makes some of the most durable trucks in the world—they're so long-lasting, in fact, that they often go a full decade without major updates. That might change soon if an engine described in a patent filed by the company sees production. The Fast Lane Truck recently found a United States patent filed by Toyota late last year that appears to describe a high-compression engine, one that might even run on diesel fuel. If it makes its way into either the Tundra or Tacoma—or both—it could significantly boost fuel economy and torque. Consider us intrigued.

As TFL notes, the patent application became public at the start of July, showing some potential benefits of the high-compression tech. One of the upsides is listed as a “suppression of smoke and improvement of ignitability,” which seemingly refers to an issue common in traditional diesel engines. Smoke goes hand-in-hand with nitrogen oxides (NOx), and modern diesel trucks fight it off with diesel particulate filters (DPF) and diesel exhaust fluid (DEF). An engine designed to reduce smoke without requiring DEF would be a big deal, and it looks like Toyota may be gunning for exactly that.

Toyota is no stranger to diesel engines and sells vehicles equipped with them across the globe—just not in the United States. In years prior, American demand was low for light-duty diesel trucks, though that's no longer the case. Now, Toyota is one of the only manufacturers who doesn't offer a diesel-powered pickup here as Ford, General Motors, and Fiat-Chrysler all sell midsize or half-ton trucks with compression-ignition lumps.

What's more, Toyota is poised to shift away from V8 engines as we reported in April. Diesel could be the most effective route to make impressive amounts of torque with smaller displacement and, of course, turbocharging.

It's important to note that the patent could possibly be for a gas engine, though it's hard to say without confirmation from Toyota. We've reached out to the company and will update this article with its response. Toyota currently offers high-compression gasoline power plants by way of its Dynamic Force Engines lineup, and it says its 2.0-liter that uses this technology can achieve up to 40 percent more thermal efficiency than a comparable “normal” engine.

We're doing our best to decipher the marque's technology proposal, but if Toyota can make it to market with a high-compression diesel that's relatively lightweight and doesn’t require DEF, it'll be on to something special.

This Turbo-Cummins swapped LM002 uses 1,200 lb-ft of torque to work as a Ferrari shop truck.