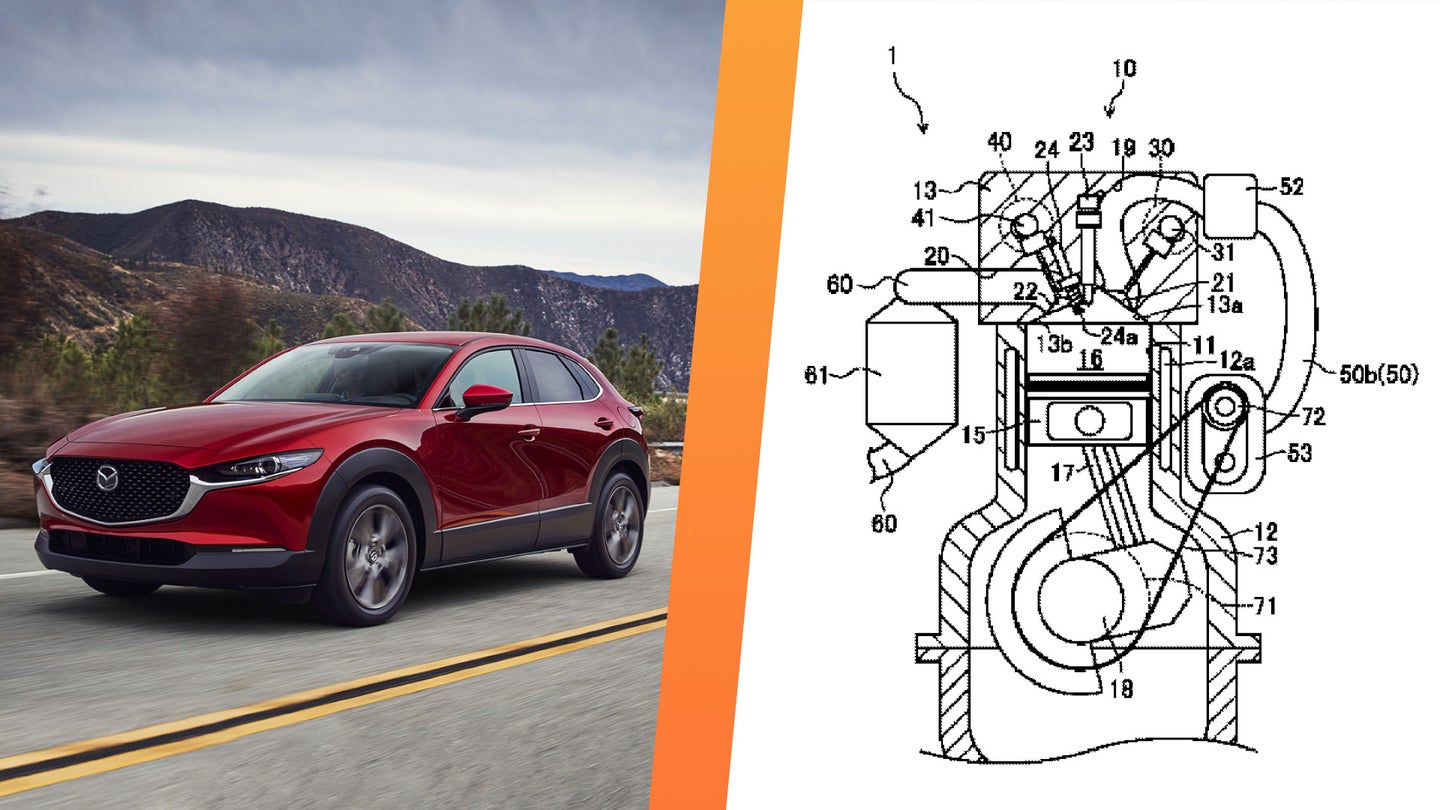 Two-stroke engines have steadily fallen out of favor over the last 50 years or so. While they sport great power-to-weight ratios and are often much simpler mechanically than their four-stroke counterparts, they tend to also suffer from high emissions and narrow power bands. Mazda still sees some value in the technology, however, and has patented a new supercharged two-stroke engine design, as spotted by members of the New Nissan Z forums.

The design draws from Mazda's Skyactiv X technology and promises "improved fuel economy," though relative to what is unclear. The company's existing four-stroke engine uses an advanced spark-controlled compression ignition regime to run the engine with a leaner fuel-air mixture for improved efficiency, while retaining traditional spark ignition for high-load, high-power operation where compression ignition becomes more unstable. This two-stroke design implements the same idea, aiming to run in compression-ignition mode for efficiency while switching over to spark ignition under higher engine loads.

The two-stroke features a Roots supercharger driven from the crankshaft which helps with scavenging—the process in which the combusted mixture is exhausted and fresh air/fuel mixture enters the engine. As the two-stroke engine design has the exhaust and intake valves open at least partially at the same time, having a supercharger forcing fresh air into the engine helps enormously with this process.

Variable valve timing is also employed on the engine to control the effective compression ratio, allowing the engine to stave off knock by leaving the intake valve open for longer. Normally this would result in pushing the charge air back into the intake, but the positive-displacement Roots supercharger helps counteract that. In this regard, it's similar to the operation seen in Mazda's K6-ZEM Miller cycle engine from the 1990s.

It's yet another effort from Mazda to keep combustion engines alive in an increasingly-restrictive environment with regards to efficiency, fuel economy, and emissions. At this stage, it's unclear as to what applications this engine could be used for. The two-stroke design will lead many to think of motorcycles, though it's not a market Mazda has any real stake in. A range-extender for hybrid EVs could be another idea, though the company has already brought such hardware to market with the MX-30.

The optimistic could say that this technology is set to be Mazda's last hurrah for internal combustion, and replace four-stroke designs in its mainstream vehicles. However, switching away from four-stroke engines would be a moonshot move at this point. The Drive has reached out to Mazda for comment on any planned future uses for this particular engine design.

If anything, this patent is perhaps most likely simply a way for Mazda to make good on the intellectual property generated by its intensive research efforts, and not something that is necessarily slated to come to market. Let's just hope it doesn't get in the way of the rear-wheel-drive rotary sports car that we're all hoping comes to fruition.

Better yet, the drone is tethered, so you’ll never lose it.