It’s a new-school approach that’s focused more on efficiency than performance, though the two go hand-in-hand.

Even with electric vehicles compounding in popularity each year, America's affection for trucks hasn't wavered. And while pickups are by no means getting smaller, they are on the path to becoming more efficient with the help of electrification and internal combustion engine development—something a few car companies have sworn off altogether. Ford is investing heavily in both, and a prime example of the latter is its reported progress with pre-chamber ignition tech for future F-150s.

It's a complex situation that Ford is working on with Oak Ridge National Laboratory and engineering consultant firm FEV, as per MotorTrend. You might remember pre-chamber ignition from older diesel trucks or, on the opposite side of the spectrum, today's Formula 1 cars. The Blue Oval's project isn't so much focused on crazy-high performance but rather a 23 percent improvement in efficiency versus its 3.5-liter EcoBoost V6 from 2016.

The $10-million, three-year undertaking is being partially funded by the Department of Energy, a party that's typically involved with EV awareness and hydrogen fuel-cell vehicles. While those two are certainly more pressing priorities for the department, it also makes sense to support the advancements of cars and trucks for which there's already a strong infrastructure. Gasoline demand may have already peaked but its faze-out is still years away.

As far as the actual engine goes, MotorTrend explains a setup that, naturally, involves a separate chamber that's located above the cylinder's top center. Maserati's recently unveiled MC20 supercar uses something like this in its innovative Nettuno powerplant, though Ford is apparently giving it its own flair. This reportedly involves adding a compressed-air injector alongside the additional fuel injector and spark plug, capitalizing on the benefits of pre-chamber ignition.

For a quick video run-through of Maserati's application, check this out from Engineering Explained:

In short, the goal is to achieve faster, cooler combustion that burns fuel more completely while also producing fewer NOx emissions. Ford's proposed pre-chamber ignition provides this by way of tiny holes that literally shoot fire jets into the main combustion chamber, which also allows later firing of the spark, closer to when the piston reaches its peak. This lowers the temperature while simultaneously exerting more useful force on the crankshaft as the piston goes down.

All this makes it easier to ignite lean fuel mixtures more wholly, a problem that many contemporary ICE units still battle with. An increased compression ratio comes along with it, bumping it from a baseline of 10:1 to somewhere between 13:1 and 15:1, as MotorTrend explains.

A 15 percent decrease in engine mass accompanies these improvements as well, helping reduce vehicle weight to go along with higher engine efficiency. These numbers together theoretically equal a combined fuel mileage rating of 22 mpg, up from the 2016 F-150's 18 mpg average. That doesn't sound like much but considering how many of these trucks Ford sells annually, it's sure to make a difference.

Having an electric F-150 by then will help, too. 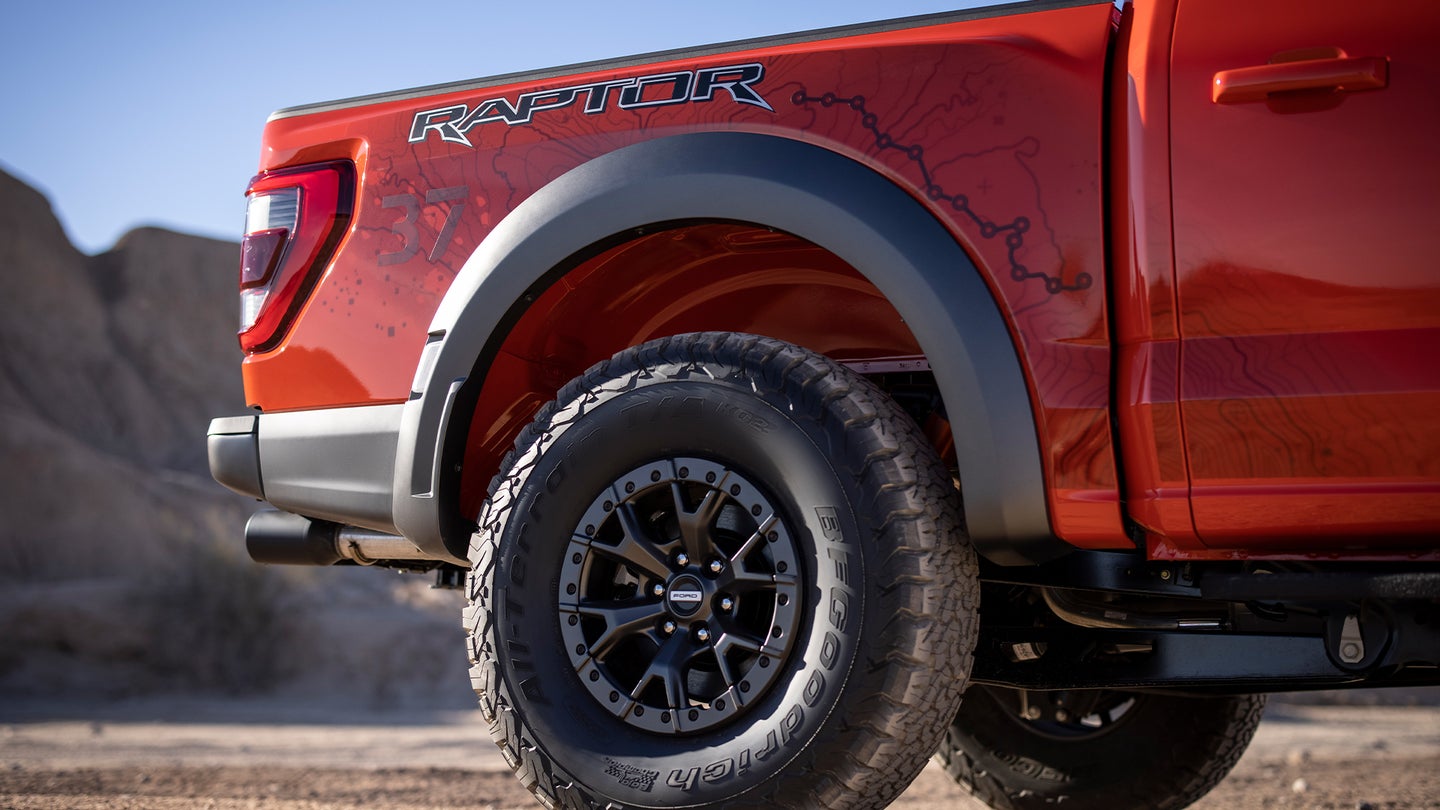 Maps, flags, and QR codes—Ford peppered plenty of cryptic messages across the Raptor. 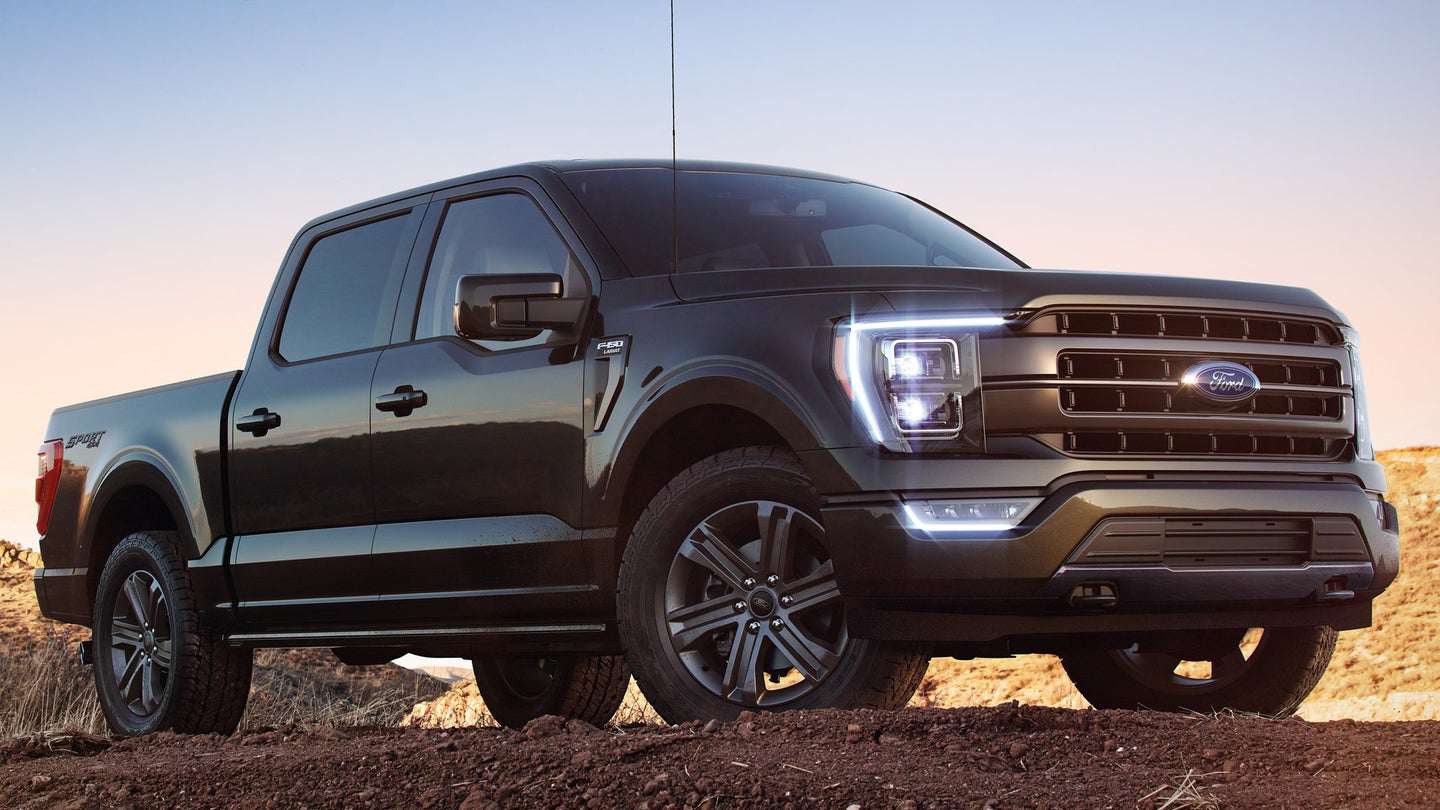 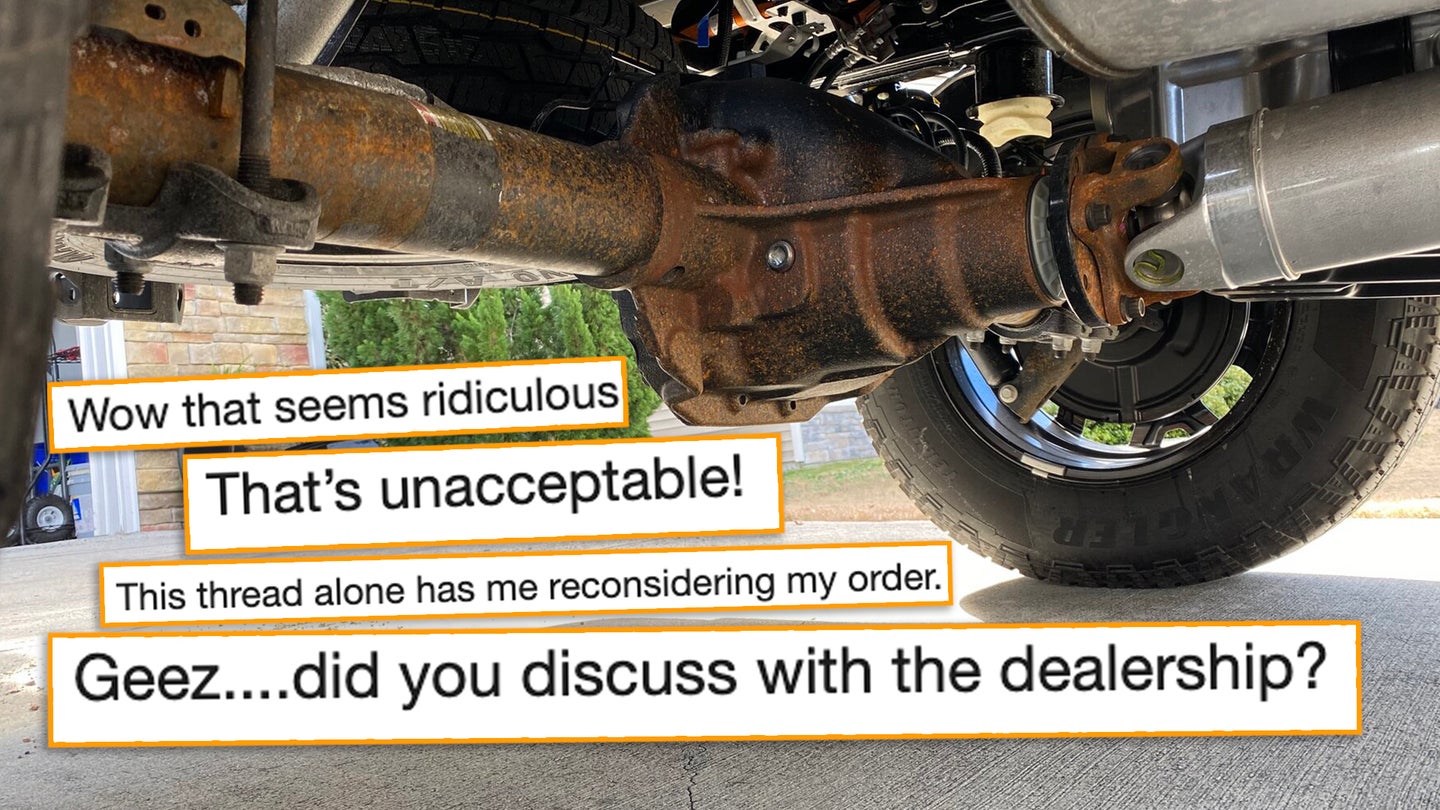