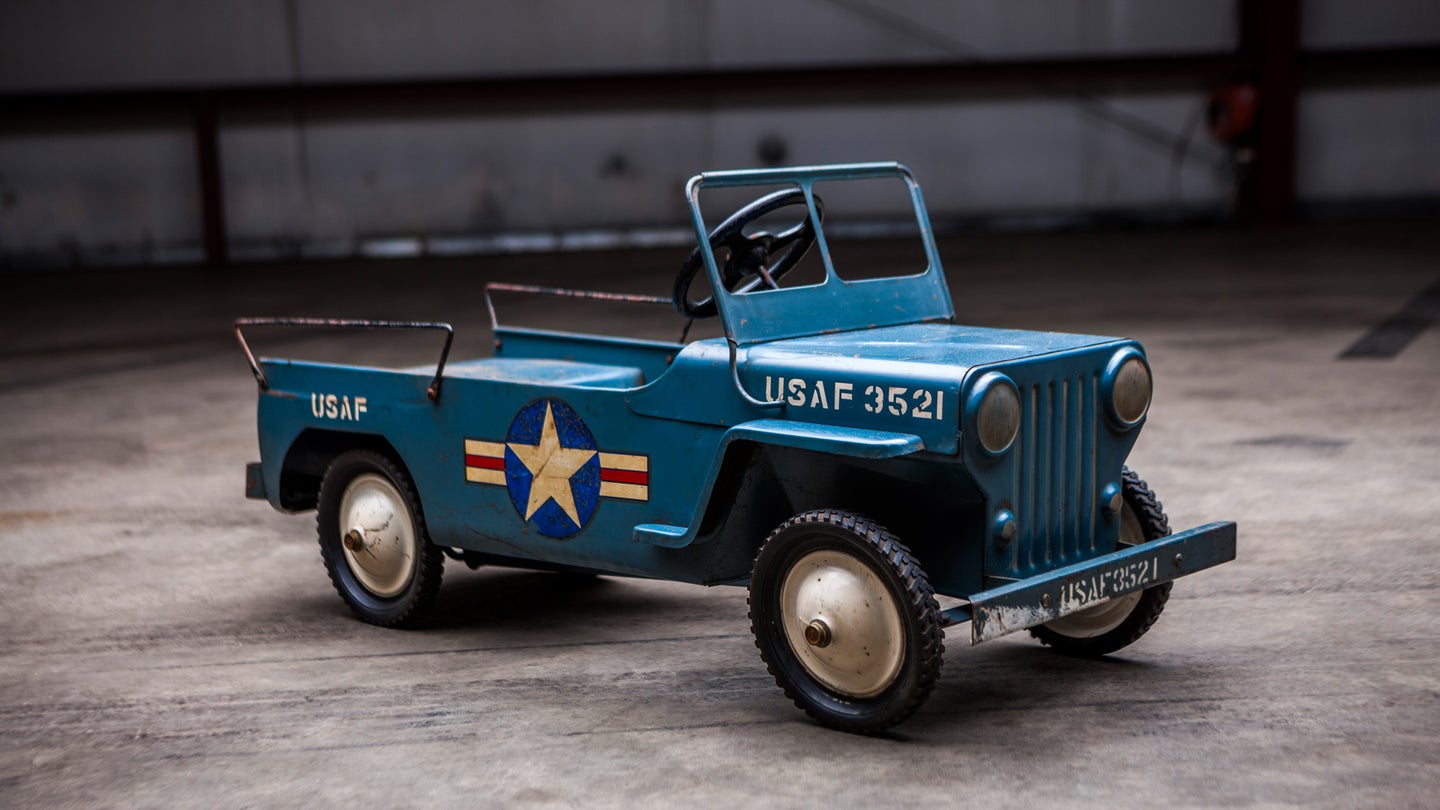 If you've spent any time at all watching American Pickers, and we all know you have, you're probably familiar with the hosts' obsession with vintage toy pedal cars. The antiques are big business today, attracting top dollar when they surface for sale. Almost none of them are as impressive as this 1958 U.S. Air Force Jeep, though, and it's heading to auction at RM Sotheby's later this month.

The Jeep, along with dozens of others in the same auction lot, were restored by Bruce Callis, a collector whose own personal compilation includes some of the rarest toy metal around. Callis, along with his grandson, cleaned and repaired the Jeep, but called out to skilled craftsmen to perform the bodywork that was necessary to bring the toy to museum-quality condition.

It spent two years at the McLean County Museum of History in Bloomington, Illinois, before making its way to the auction house. The elaborate toy was made by Hamilton Steel Products, a Chicago company founded in 1933 whose original catalog also included an Army Jeep, a few variations of firetrucks, and a whole host of wagons, scooters, and tricycles.

RM Sotheby’s Online Only: Pedal Power Auction will feature 52 other kid-powered vehicles—maybe adult-powered if you’re really committed—all of which are from between 1927 and 1977. If you’re hoping to snag one for your collection, this might be your best chance short of getting on an episode of American Pickers. Bidding will open at 1 p.m. EDT on June 17 and run through 11 a.m. on June 24, so you've got a whole week to bid the price up to well over the auction estimate of $1,200-$1,800.