Nostalgia is a powerful force—especially when parked in long, shiny rows. 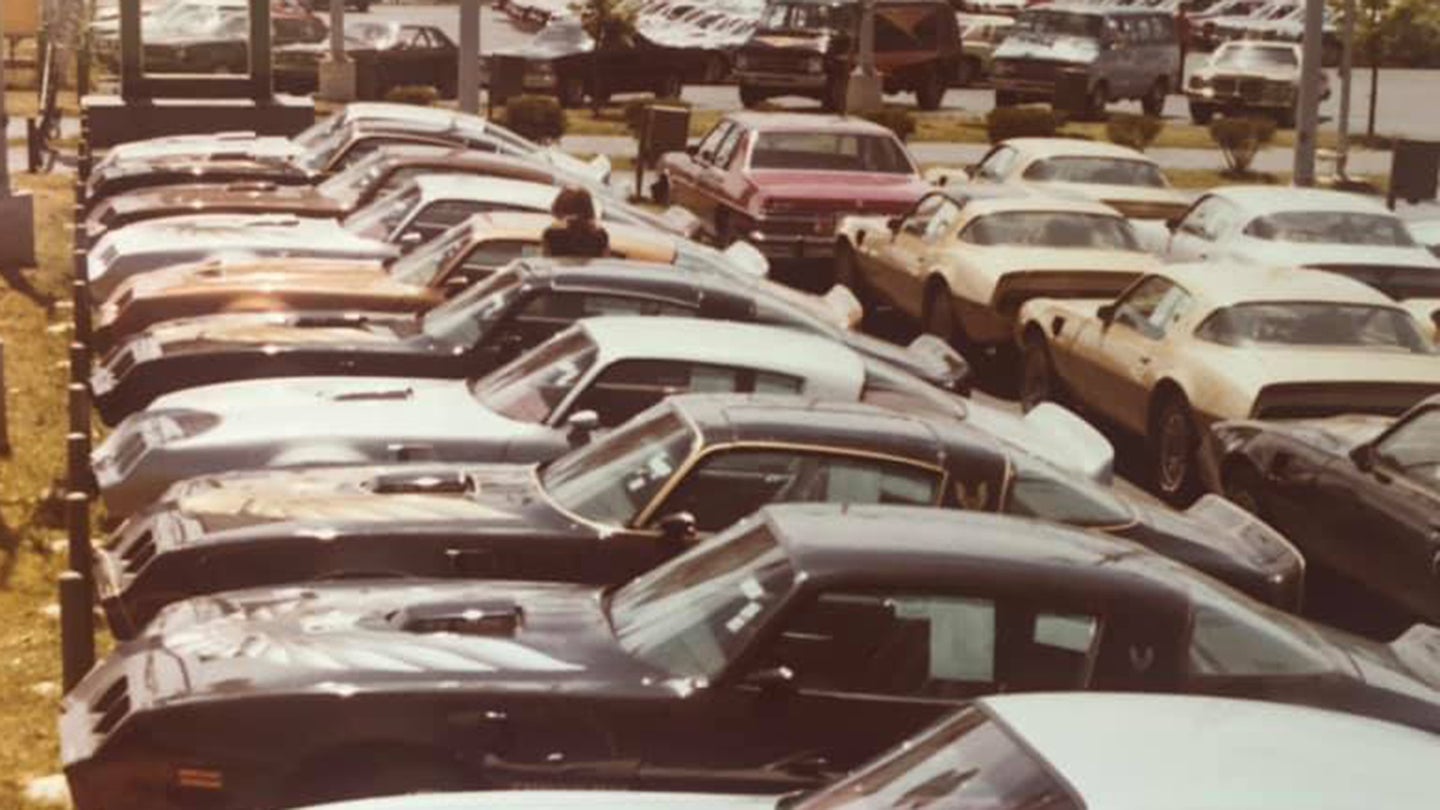 Cars aren't time machines—well, most cars. But there's something about the way they represent an era that can hit the brain's nostalgia center with disorienting force. It's one of the reasons they make such great movie props. Want to set a scene in 1978? Park a bunch of Fairmonts and A-Body Cutlasses on the right street and you're nine-tenths of the way there. It's also why you can easily spend way too much time pouring over this wonderful collection of old photos of car dealerships I discovered.

Recently, I came across the aptly-titled Facebook group Old Dealership Pictures. That's a straight shootin' title, unlike most car salesmen back in those days, and in fact it undersells the content here: Photos of not just dealerships from years past but from every stage of the new car experience, from manufacturing to shipping to showroom displays and finally customer delivery. The one-year-old group has just over 12,100 members at the time of writing.

You'll find everything from scans of '70s and '80s salesmen slinging ever-shrinking domestics to shots of old Saab dealerships to midcentury temples of postwar America's gleaming, befinned behemoths. But there's also more recent stuff from the early 2000s—poignant in its own way, like these final-year 2002 Pontiac Firebirds at a Texas shop. Whatever your weakness, there are bound to be a few pictures on here that'll render you unproductive for the rest of the day.

Personally, I can't quite explain why something like this photo of a Ford dealership's parking area is so damn captivating. Had I ever considered a red Escort GT and a blue Ranger STX with a factory lift as a potential two-car garage? Absolutely not. Am I now? Absolutely.

"I started this group because I’ve collected dealership brochures and other memorabilia since the early 90’s, and sold cars for ten years," founder Ryan Crooker told The Drive. "I also have a great love for cars, and recent history."

From photos of lots chocked full of Trans Ams, to videos of old car dealership ads (including one with a salesman leading a monkey around a lot), there's something for everyone. And perhaps even more enjoyable than the time capsule photos posted by members are the history lessons that come along with them, often ones long forgotten as the years passed by.

The group also brings with it a sense of bewilderment, as it represents a time when automakers were a little more interesting. Special edition cars, memorabilia for niche nameplates, print ads, and a push to understand the mechanical underpinnings of what makes an automobile so interesting. Sure, we've got the Dodge Demon and coffee tables made from the block of a Cosworth V8, but do those really count?

"Dealerships and manufacturers have become so sterile, and boring." said Crooker. "That’s why I love looking back to more enjoyable times."

Something to keep you or the little ones busy—that isn’t Minecraft or Fortnite.