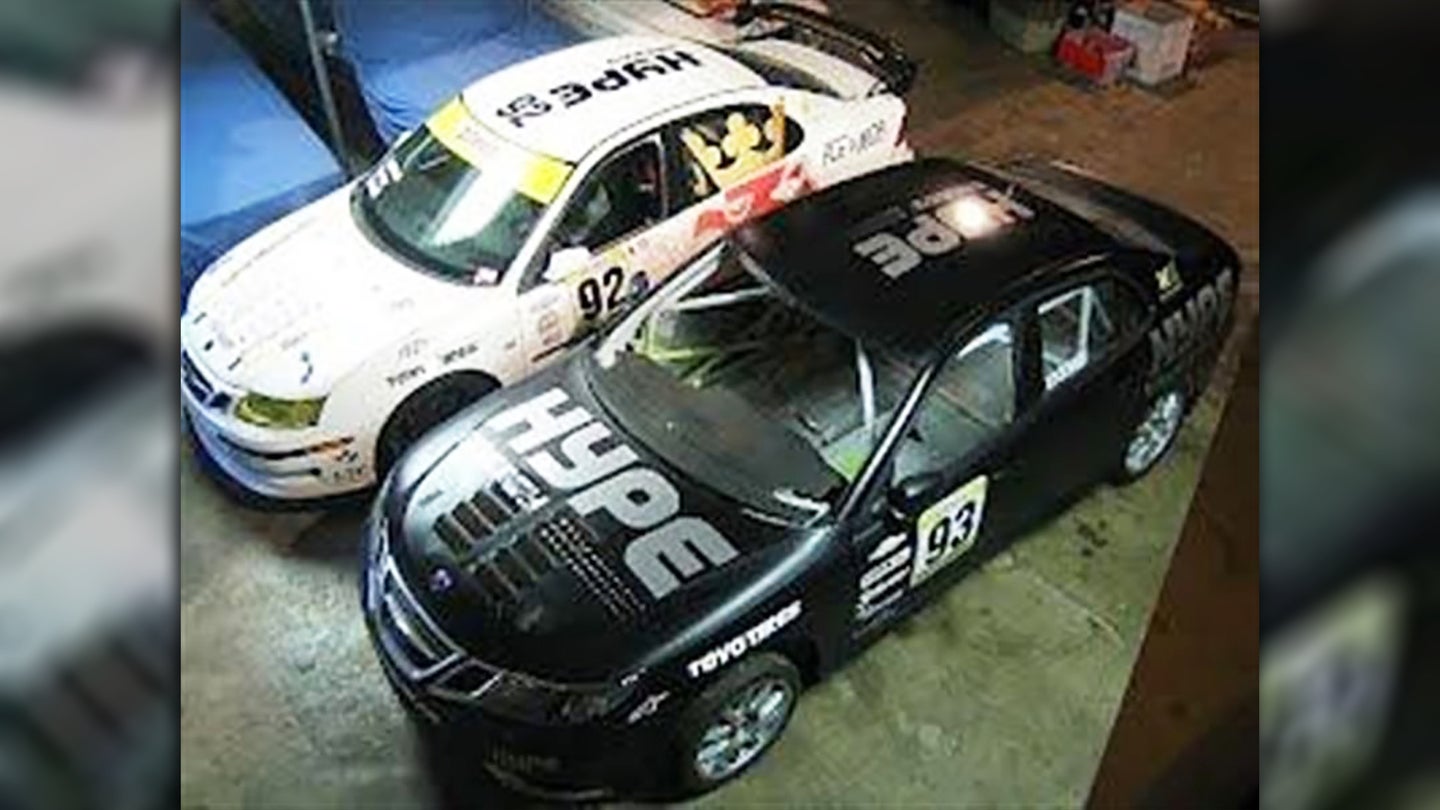 We all miss Saab. Is that passé yet? Missing Saab? Anyway, if you're also born from jets, love racing, and have thirty grand burning a hole in your pocket, boy have I got an AutoTrader listing for you: a pair of Saab 9-3 race cars from the Canadian Touring Car Championship, ready to bring some Swedish charm to your next track day.

Both were apparently made with some financial assistance and support from Saab themselves, which is neat. They're completely stripped and caged, though only the white car currently sports a motor. Don't worry, though—you'll get two fresh dry-sump LSJ four-cylinder racing engines in the deal, which the seller values at $10,000 each. So really, the cars are only $5K apiece! Can't beat that math.

A tamer version of that engine made 260 horsepower in the underrated Chevy Cobalt SS and Saturn Sky Redline in the late 2000s. There's not a lot of information available on these Saabs' past, but it appears the white one was built and campaigned by an outfit called JL Racing in partnership with Saab Canada in the mid-2000's, while the black never saw real wheel-to-wheel action. These are serious race cars, with acid-dipped bodies, full cages and a garage full of spare parts. Whatever you think of FWD track toys, there's no denying this is one of the more interesting propositions out there.

This generation 9-3 debuted in 2002, two years after GM took full control of Saab and began the slow and steady process of running it into the ground. Although some purists dismiss it for that reason, it's still a favorite of architects and college professors to this day, just like the 900 that preceded it. The Aero version of the 9-3 made 280 horsepower in its final iteration. Nothing to sneeze at.

The racing 9-3s are located at Swedish Motors Inc. in Marietta, Pennsylvania. And the dealership also has some other interesting Saabs in stock for you to look at while you're there, as you might expect for a place calling itself Swedish Motors, including a 95 station wagon and several 96s. They may not have the last Saab every made for sale, but that's a different story.