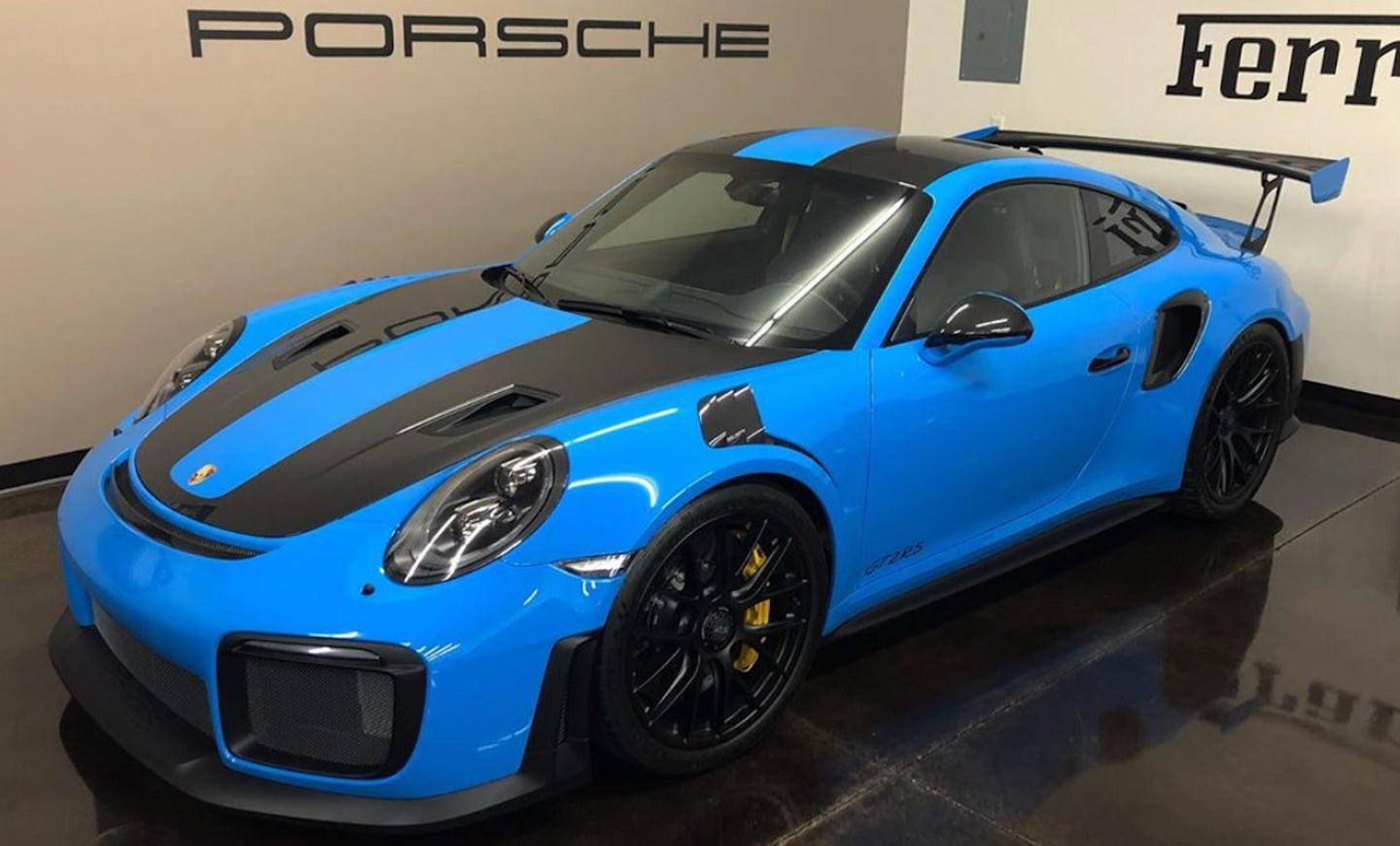 The COVID-19 pandemic is hitting the United States in ways that few of us ever imagined. Not only is the health of the general population at risk, but also the livelihood of tens of millions who have seen their incomes reduced or completely axed due to struggling businesses and mass layoffs. Luckily, local heroes across the country are stepping up to the challenge of helping folks in need, like this high-end car collector from Fort Wayne, Indiana, who claims to be selling a spicy lineup of supercars in order to help local families and businesses impacted by the current situation.

Ash Crest Collection, a family-managed car collection that specializes in everything from obscure Japanese, American muscle, and exclusive European supercars, told The Drive that it's picked out select units from its inventory to sell and donate 100 percent of the proceeds to those most impacted by the COVID-19 crisis.

The unique lineup features some desirable sheet metal, such as a 2018 Porsche 911 GT2 RS with the Weissach package in one-of-one, paint-to-sample Mexico Blue. This rare thoroughbred from Stuttgart touts only 260 miles in the odometer and an original $362,000 MSRP. There's also a manual 2007 Ferrari F430 Spider with just 250 miles that was allegedly part of the prestigious Ming collection.

Austin Ash explained to us that the dealership is not in immediate need to sell these cars, but having seen how hard the community has been hit, they've realized that their cash shouldn't be sitting in a garage. Talk about a stimulus, eh?

"Many local businesses are struggling, which has lead to a series of layoffs across the city," Ash told The Drive. "These people now have to worry about so many things: how to take care of their children who are now at home due to school cancellations, how to bring in income, how to pay for health-care services, etc. We've been incredibly blessed with our resources, so we looked at all the cars we have and realized that the capital shouldn't just be sitting in a garage but instead be pumped into the local economy."

"That is why we are selling seven of our cars and giving all proceeds to those who have been most impacted by the COVID-19 crisis. We are incredibly excited to do this and love all the support the automotive community has shown us," added Ash.

A gorgeous 2004 Porsche 911 GT3 with 8,200 miles sold shortly after it announced the campaign, and it wouldn't surprise us if the others find new homes rather quickly. Speaking of which, other for-sale units include a 1966 Chevrolet Corvette L72 Big Block in Nassau Blue and a 1967 Corvette in Rally Red with just 39,000 miles. Lastly, there's a 2013 Lamborghini Gallardo and a second Ferrari F430, both with low mileage and desirable six-speed manual transmissions.

Ash expressed that it won't be publishing prices on these vehicles, as they just want to receive offers hoping that buyers will take into consideration the lives they will be positively impacted through the purchase of these cars.

If you're interested, more details can be found here.

And that’s on top of the manufacturers’ existing car payment assistance plans.