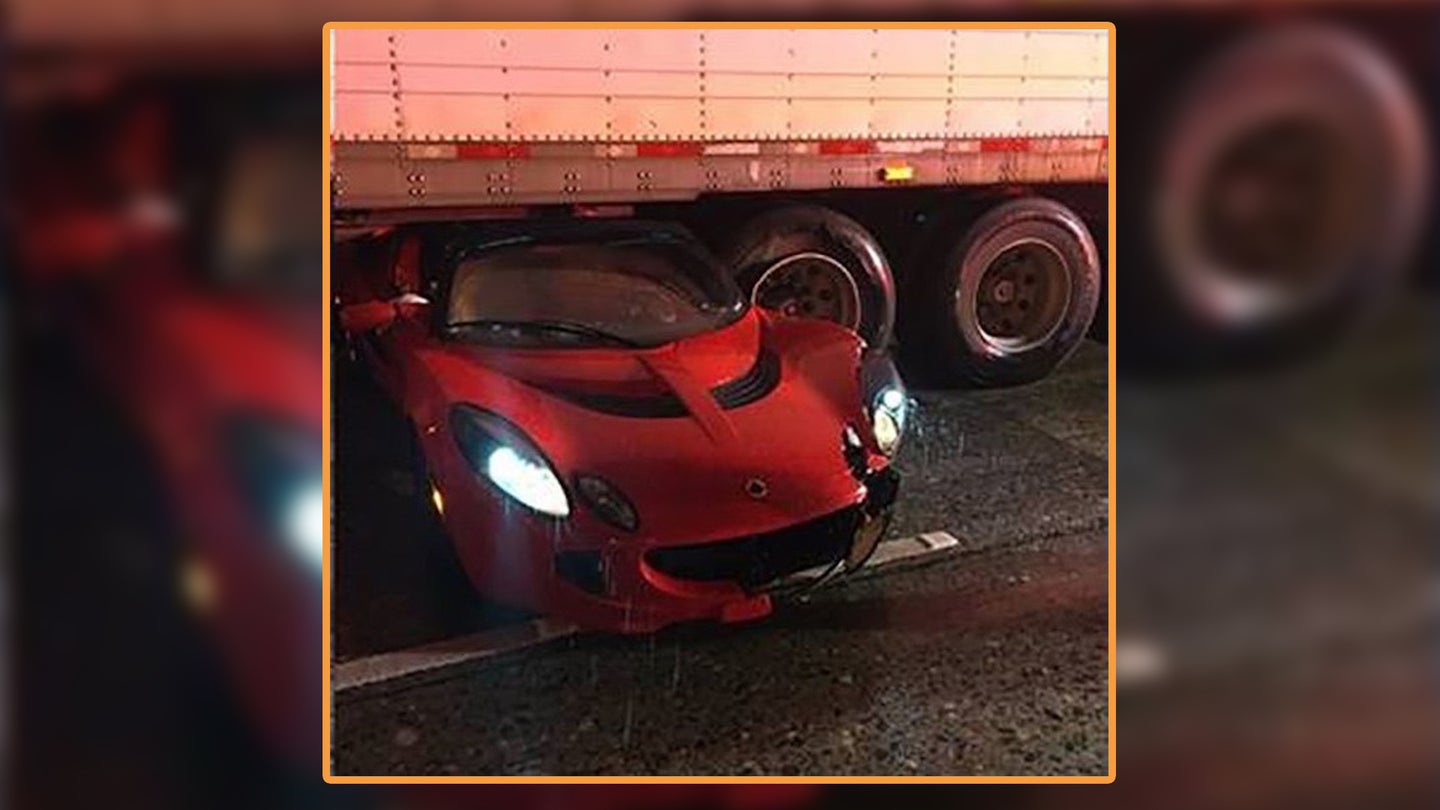 Collisions between sports cars and semi-trucks cars are often ugly, but fortunately, not always fatal. The driver of a Lotus is surely thanking his lucky stars after a close encounter of the brown kind between themselves and an 18-wheeler over the weekend.

According to a Washington State Patrol incident report published by Komo News, the driver of a series-two Lotus Elise (identified based on the above photo) was driving northward on Interstate 5 near Arlington on Friday, Jan. 3 around 11:00 p.m. Severe rain caused the Lotus to hydroplane underneath a semi-trailer reportedly filled with fish, and when the truck's driver realized what had happened, they brought their truck to a stop, limiting the damage to both vehicles. Though the driver of the Lotus was trapped in place, they were reportedly uninjured.

The same can't be said of the Elise, which shows damage to the front bumper and lighting assemblies on the driver's side. Even if this Lotus's frame is unharmed by the crash, damage to the door and fenders (front and rear) looks to be near certain and could force the car's insurer to total the vehicle. Bodywork for the Lotus Elise is infamously costly, as front and rear clamshells cost several thousand dollars each to replace with factory-grade parts.

The wise move could be to let the insurance company write off the Lotus before buying it back for conversion into an all-conquering track car... As long as that doesn't mean turning it into one of those sketchy exocars.

Reports claim 60 more people were injured Sunday morning and remain in treatment at nearby medical facilities.