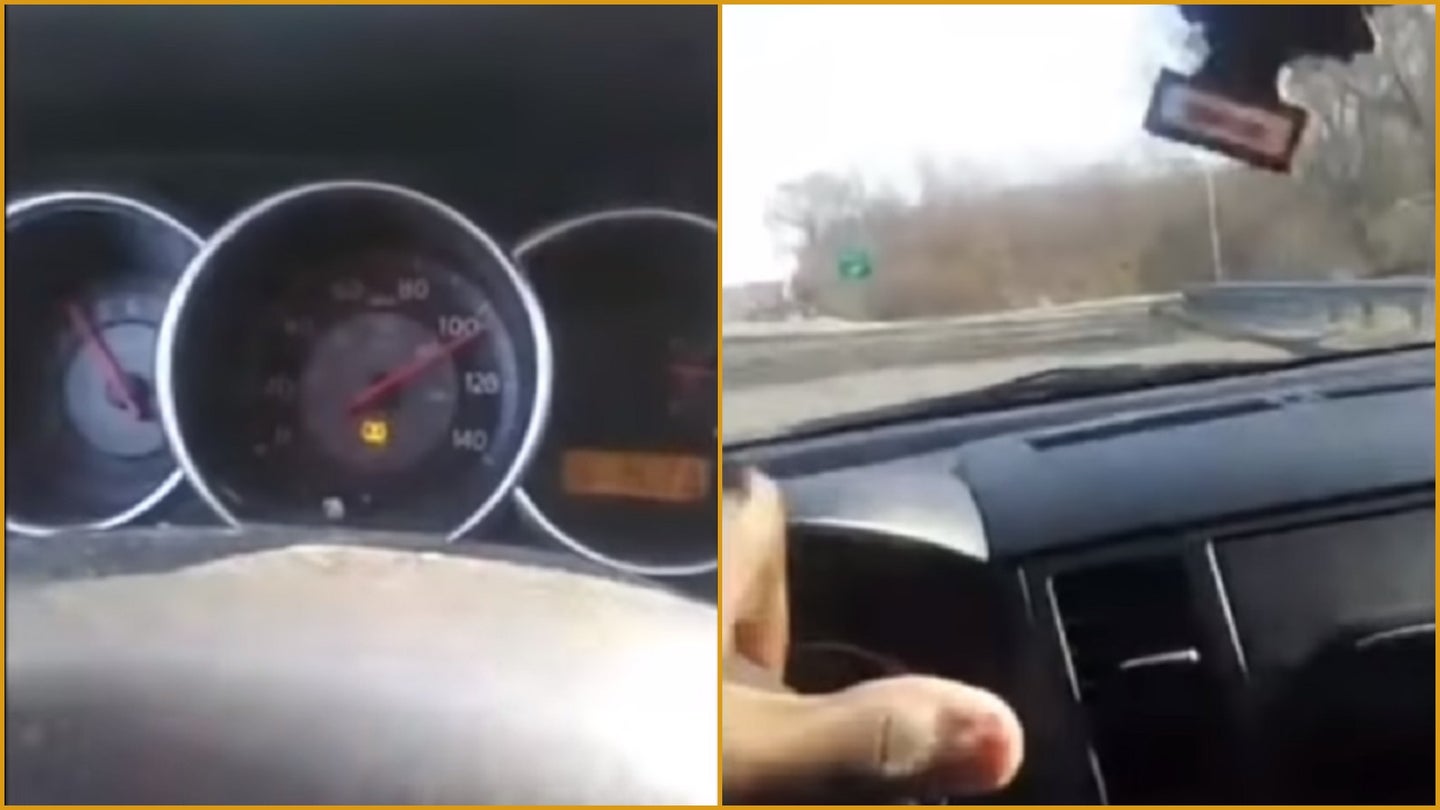 A not-so-smart Nissan driver is lucky to be alive after driving recklessly, reaching speeds of more than 100 miles per hour, and crashing on a Connecticut highway. The least-smart thing he did was live-stream it, and the police have another word for that sort of thing: evidence.

The Connecticut State Police took to its Facebook page and released the idiotic driver’s video clip. The video starts off with 23-year-old Kenneth Hofler of Middletown ignoring the 55-mph posted speed limit, and shortly thereafter hitting triple-digit speeds near the Gold Star Memorial Bridge spur of I-95 that spans over the Thames River and links Groton with New London, Connecticut.

During the clip, which is just over a minute long, Hofler records himself weaving through traffic, crossing all four lanes of the highway while handling the steering wheel with one hand and recording with the other. He then attempts to take exit 85 on the right, but he visibly comes into the off-ramp way too hot. With the excessive entry speed and his front-wheel-drive Nissan's less-than-stellar grip, Hofler understeers off the pavement and suffers a pretty nasty crash. The clip then ends with a series of crunching noises as Hofler drops the phone upon impact.

According to the CSP, who spoke to the Associated Press, a trooper was tailing Hofler prior to the incident and arrived at the scene shortly after. Authorities then apprehended Hofler and transported him to Lawrence and Memorial Hospital for minor injuries. Police later found marijuana in the car and stated that Hofler was free $35,000 bail against an arrest from October. Hofler also has a criminal record dating back to 2014. He was ultimately charged with three misdemeanors for reckless driving, driving without insurance and on a suspended license, and possession of marijuana.

A lesson in cause and effect.