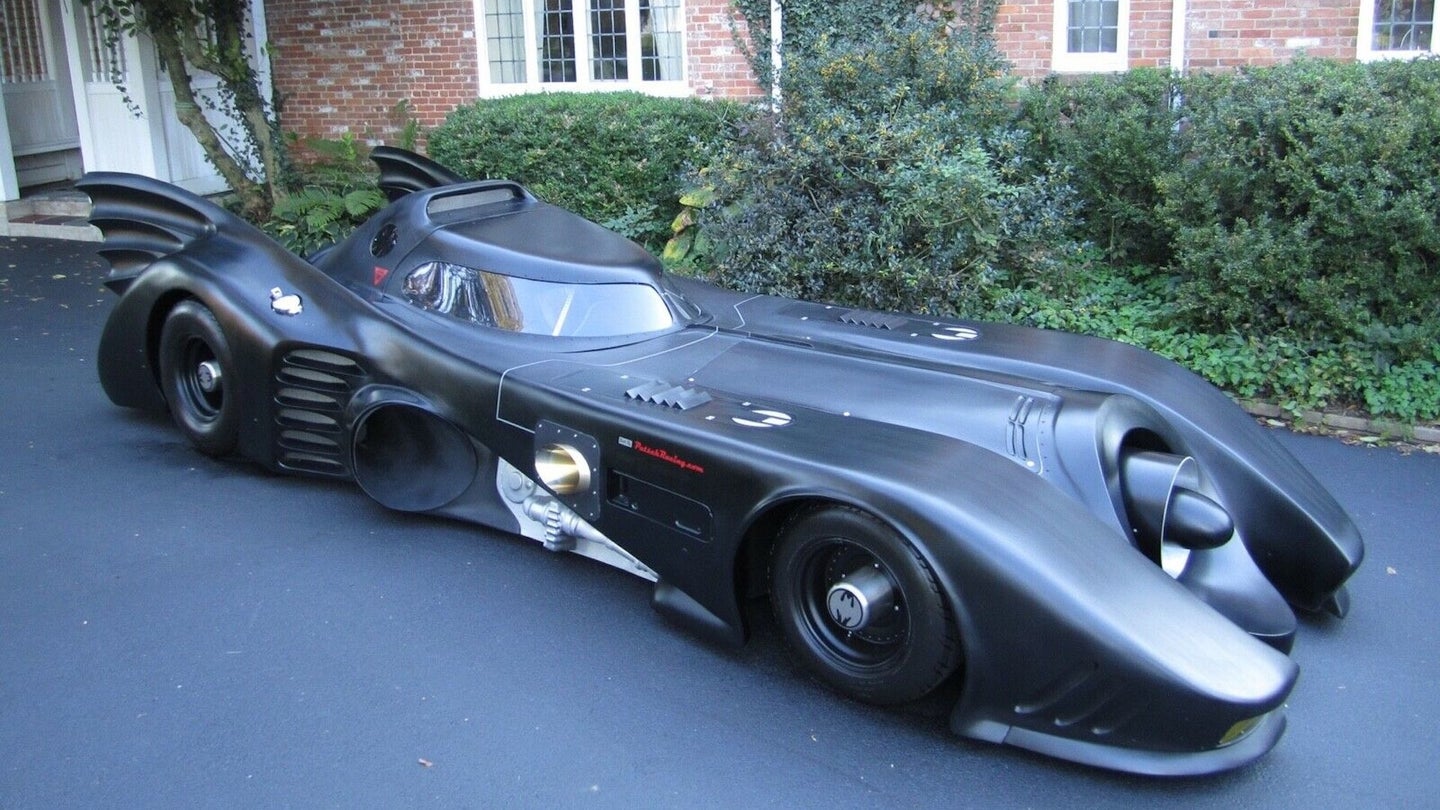 A Batman Batmobile touted to be the world's only turbine-powered recreation of the '80s hero car is currently listed for sale on eBay. Children of the '80s will remember this specific ride as the one the Dark Knight used to battle the evil Joker and Penguin in Tim Burton's original Batman films. Now, a functioning replica of the crime-fighting machine with a price tag to match its Gotham street cred can be yours for the holy-dollars-Batman! amount of $680,000.

According to the seller, the outrageous replica was created as a functioning representation of the car seen in the movie. On film, the Batmobile appeared as a jet-powered supercar that spewed flames as it roamed Gotham City. This recreation isn't far off from the original, with a military surplus turboshaft engine sourced to send power to the rear wheels through a four-speed automatic transmission. According to the listing, the engine idles at an insane 20,000 rpm and delivers around 400 horsepower.

The car has a fully independent suspension with airbags for ride-height control and is said to weigh about the same as a Chevrolet Corvette from the era. And before you start worrying about where you’re going to fill up with jet fuel, don’t. The turbine can run on Jet A or kerosene, and it can even be adjusted to run on diesel, according to the seller. It's basically like a Coleman camp stove on wheels (and with machine guns).

The interior has all of the high-tech crime-fighting charm you'd expect from a real-life Batmobile. There appear to be dozens of gauges and buttons, with an in-dash iPad serving as an information center. There’s room for two people, and surround cameras help compensate for what must be massive blindspots. Making the deal even better is the fact that the car has already been titled and registered for street use as a modified vehicle. In light of that fact, it’s not surprising that the functioning flamethrower has been disabled and the machine guns are nothing but replica Browning models.

The 1989 film with Michael Keaton, Kim Basinger, and Jack Nicholson was a total success, pulling in over $400 million in theaters. Unfortunately, that success only translated into one more film with Keaton as Batman and the turbine-powered car as his chariot. This functional replica is likely as close as anyone will ever get to the real thing, and the “Buy It Now” price definitely shows it.

Dressing to ride like a comic book character isn’t cheap.