Amazon Wants to Deliver Packages Right into Your Car’s Trunk

No more worrying about having a package stolen off your porch thanks to Amazon. 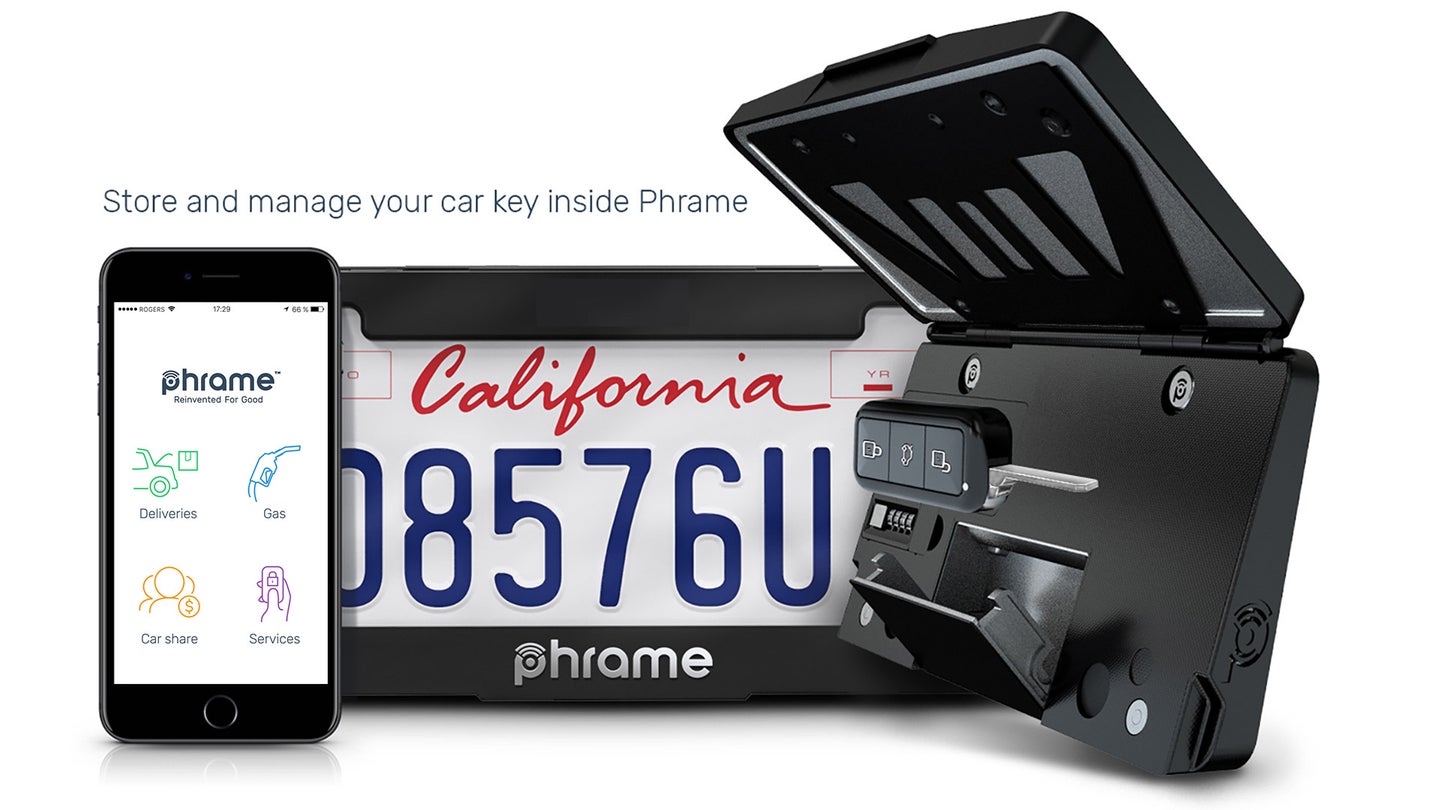 The delivery masters at Amazon are currently exploring new ways to cut down on package thievery and make deliveries more reliable. Not only will your packages be delivered as quickly as possible, but the days of worrying about whether you'll actually find your package still on your porch are soon to be over.

While more people are making online shopping their primary place to buy, issues like lost packages are showing door-to-door delivery's archaic system––now Amazon wants to bring it into the modern age. According to CNBC, the company is working on two solutions to the "porch pirate" epidemic and making unattended deliveries less problematic.

The first solution involves Amazon's partnership with Phrame, which will involve using the company's "smart" license plate holders to let delivery drivers put parcels in the trunk of your car. The license plate frame features a box that users can put their keys in and unlock via an app on their smartphones. Users can program the box to allow brief access for delivery drivers, making deliveries far less susceptible to thieves.

Amazon and its partners have declined to comment on this new tech, so we hope that it is fine-tuning the program to negate any risks this could cause. It's a controversial decision to let someone into your home when you aren't there, and CNBC points at multiple cases of package theft caused by delivery drivers.

While the program may have some obvious kinks to work out, this will hopefully put a dent in the package theft statistic, as there were over 11 million reported cases last year.

No longer must you actually make any sort of an effort to eat McDonald’s.