Did Design Renderings of the Mustang-Inspired 'Mach E' Just Leak on Instagram?

According to the source, you're looking at "98 percent" of what the Mach E will look like. 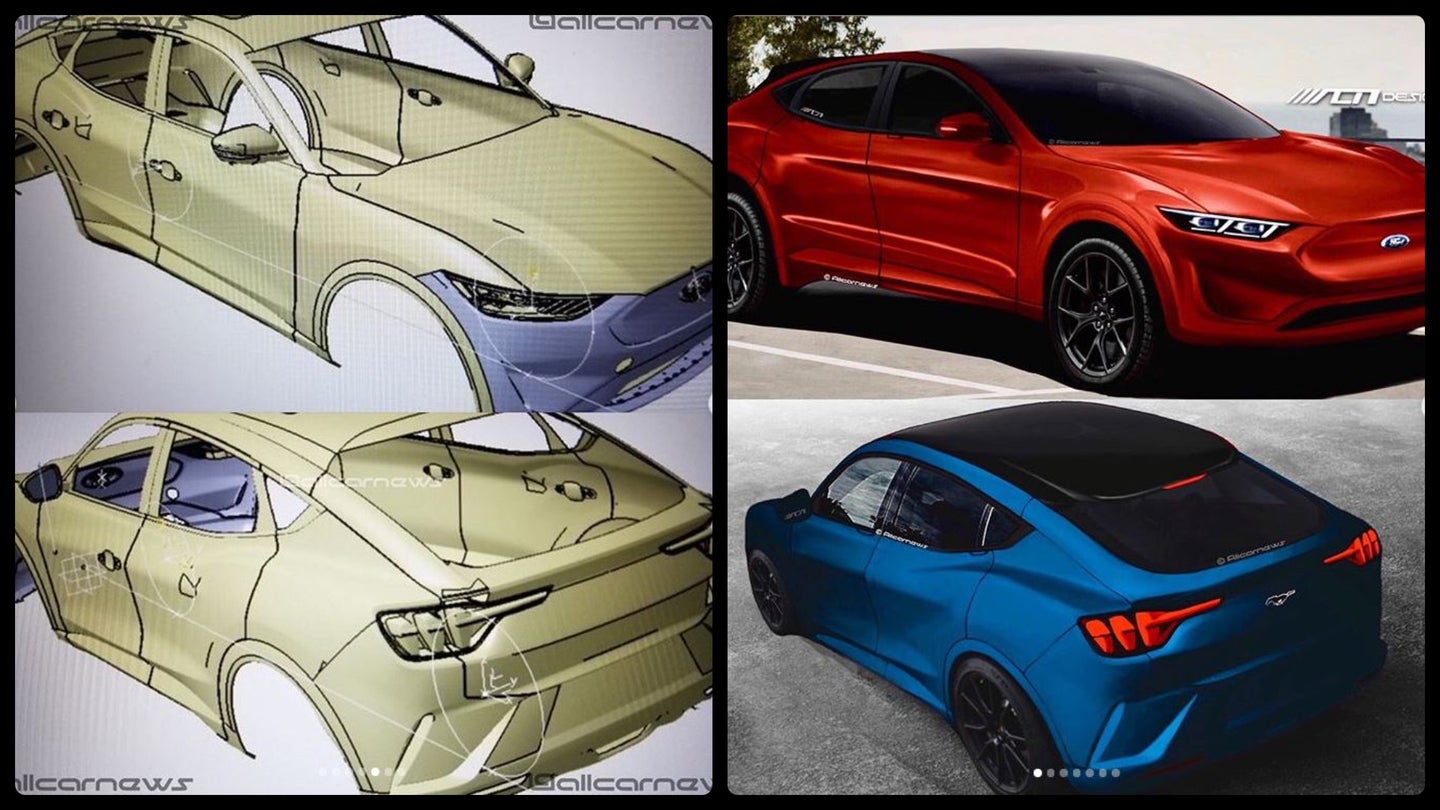 Just one day after Ford dropped a teaser and reveal date for its upcoming, Mustang-inspired "Mach E" electric crossover, renderings and supposed computer-aided design (CAD) images of the car have leaked, giving us our best alleged look yet at the mildly controversial EV. Posted by allcarnews on Instagram, the leaked images include some fairly legit-looking shots of the car's shell as well as renders that add wheels, windows, and color.

According to the uploader, "this is 98 percent of what the Ford Mustang Mach-E electric performance SUV will look like!" The renders were created based on "exclusive CAD files" as well as "great input from insiders."

It looks like the future Ford EV will get fascias and body lines undoubtedly inspired by the Mustang as well as a sizeable rear wing. "Lincoln Continental-style" door handles integrated into the window trim will apparently be present, according to allcarnews' renders, contradicting what appear to be normal door handles in the CAD drawings.

Looking like the cross between a Mustang and a Maserati Levante, the Mach E we see here does indeed line up quite closely with the official teasers Ford has trickled out over the last several months.

Yet to actually be given an official name, the so-called Mach E is predicted to get around 280 to 300 miles of range, over 400 horsepower, be rear-wheel-drive, and suspension, aero, and handling tech derived from the Shelby Mustang and Ford GT supercar. Pricing is expected to be in the $40,000 to $60,000 range.

Before the car officially debuts on Nov. 17 or Ford confirms it, however, all of this remains pure speculation. Look forward to learning about all of the Mach E's official facts and figures next month...unless another leak beats Ford to the punch.

We reached to Ford for clarification on the CAD drawings and will update when we hear back.