The now-unemployed man door-dinged a 1950s Thunderbird while climbing into another roped-off classic car—and that was just the start. 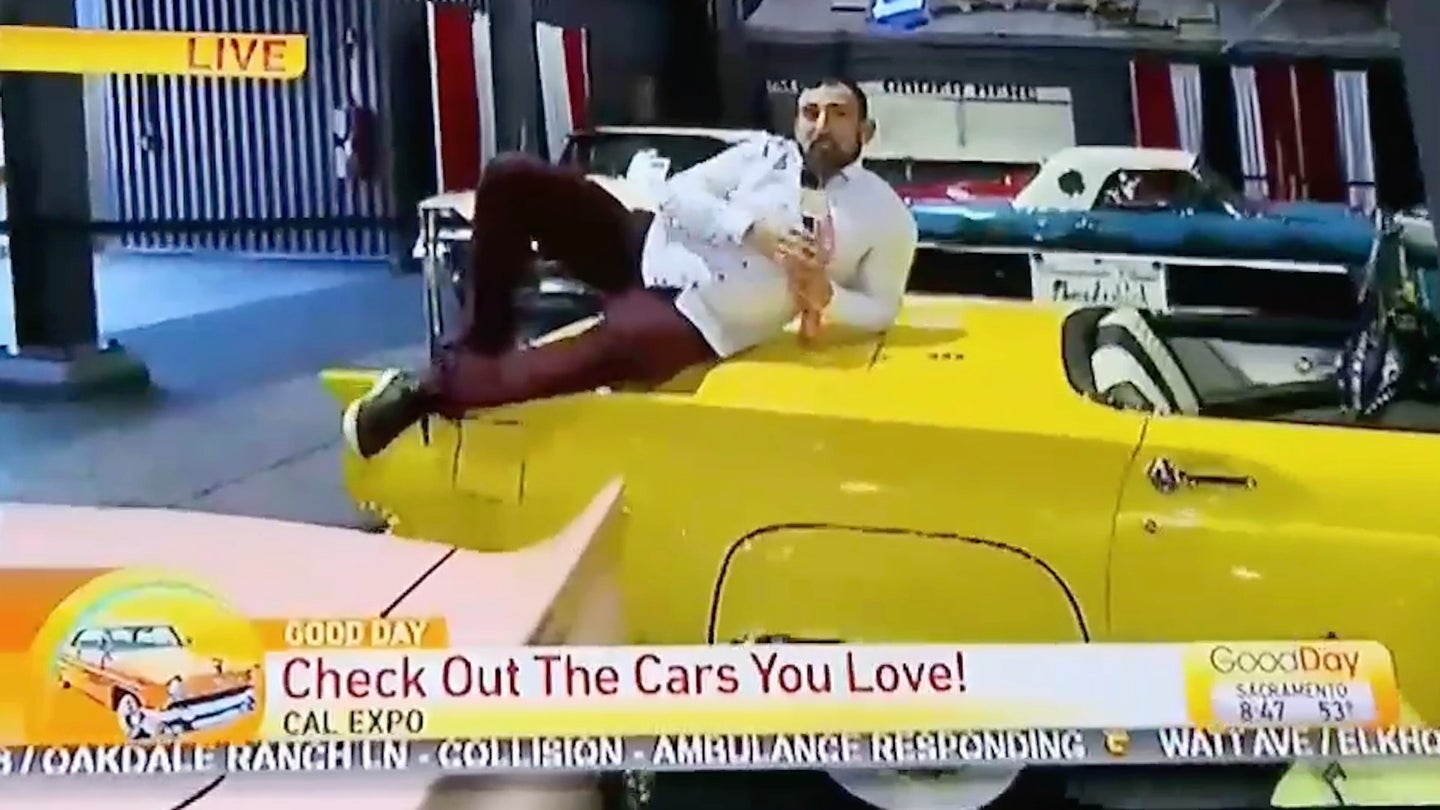 A California newscaster has been fired after mistreating privately owned vehicles at a regional auto show while on live television.

On Sunday, Oct. 20, CBS 13 Sacramento broadcasted its usual morning segment, whose highlight was the weekend's Sacramento International Auto Show, then about to start its final day. On-scene for the segment was correspondent Angel Cardenas, who immediately demonstrated that he had no clue how to act in public by going into off-limits areas to pose on the bodies of multiple show vehicles.

"No-one is out here to tell me which car I can't go in because some of these are off-limits, so I'm going to live on the wild side. Tell me what you think about this pose, Tina?" said Cardenas as he climbed onto the fender of a yellow Ford Thunderbird.

The yellow Thunderbird was one of several on loan to the show from the Sacramento Classic Thunderbird Club according to Tire Meets Road, but it wasn't the only one to be mistreated. Cardenas climbed into the pink Thunderbird seen in the foreground of the above video, dinging the door of the neighboring car as he did so.

"I feel like a kid in a candy store without the owners because you can do anything," remarked Cardenas.

The segment seemingly ended with Cardenas ducking under the ropes surrounding a 2020 Ford Explorer Hybrid, again to pose on the vehicle, only to be scolded by someone off-camera.

CBS Sacramento has retracted the segment from its website, but viewers who saw the debacle unfold on live TV expressed their displeasure. Possibly the most displeased was the auto show's producer, who gave the CBS station's general manager a call that ended in Cardenas' termination according to a Facebook post.

If there's a lesson for Angel Cardenas to learn from this incident, it's that there's a way you're supposed to behave in public, never mind at an auto show. He could stand to use his former colleague Ashley Williams, who demonstrated she knows what she's doing at a car show on the station's Friday broadcast, as a role model.