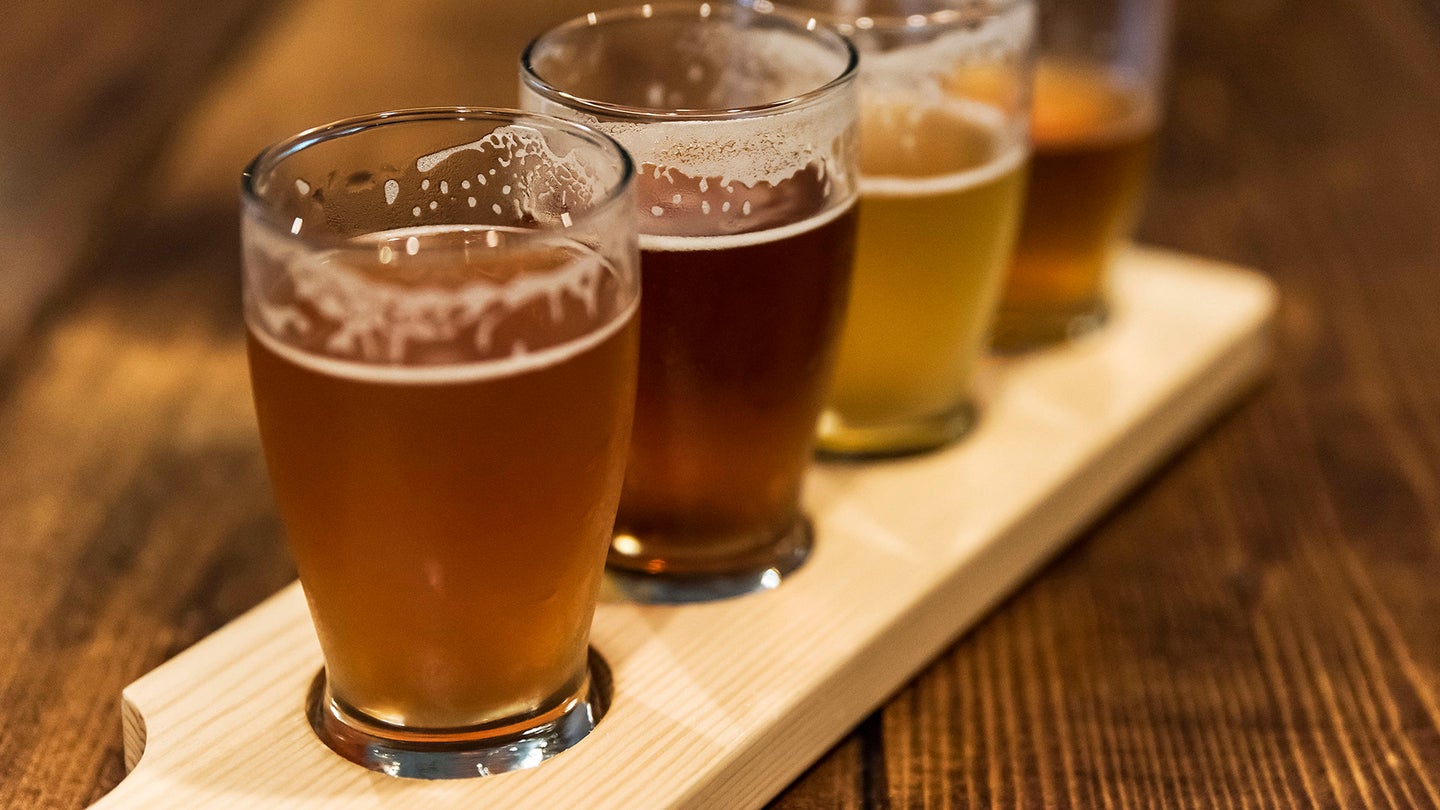 Germany is famous around the globe for its cars and beer, especially during Oktoberfest. While you shouldn't mix the two together—especially while on the road—one man in Germany sacrificed a few pints on the Autobahn in order to extinguish a fire in his Volkswagen Passat's engine bay.

According to Spiegel News, a man was driving his VW along the Autobahn on Tuesday when he noticed that it started to make a strange noise. He pulled over and popped his hood to investigate, hoping to find the source of the problem and continue his journey. But instead of a mechanical failure, the man was greeted with a plume of smoke and flames lapping the inside of his engine compartment.

Fortunately, some quick-thinking by the driver saved his ride and prevented the fire from getting out of control. The man ran to the back of his Passat and pulled a few bottles of beer from the trunk, popped off the caps and at risk of committing the ultimate party foul, sacrificed a few drinks to put out the fire.

By the time emergency crews arrived on the scene, there was nothing left for them to take care of. Reports say that police commended the man for his efforts, saying that he "responded perfectly" to the emergency situation.

While this particular driver had what is probably the best possible outcome for a car fire, it's important to think that this scenario could have been significantly worse for the man, his car, or his surroundings. There's no word on what might have sparked the fire, but we do know what put it out: the almighty beer.

Semi-Truck Crash in Germany Spills Over 10,000 Bottles of Beer on Autobahn By Chris Chin Posted in News
Man Charged by Police for Using 24-Pack of Beer as Booster Seat for Two-Year-Old Child By Rob Stumpf Posted in News
‘Murica, Yeah! Raise a Beer to the 707-Horsepower 2020 Dodge Charger SRT Hellcat Widebody By Jonathon Klein Posted in News
Busch Is Turning Kevin Harvick's NASCAR Into Beer Cans for the 2019 Daytona 500 By Amanda Vincent Posted in Motorsports
Beer-Chugging Kia Driver Leads Police Chase After Drinking a Fifth of Liquor at 9AM By James Gilboy Posted in News
MORE TO READ