“I can’t believe I didn’t take the insurance,” the driver said. 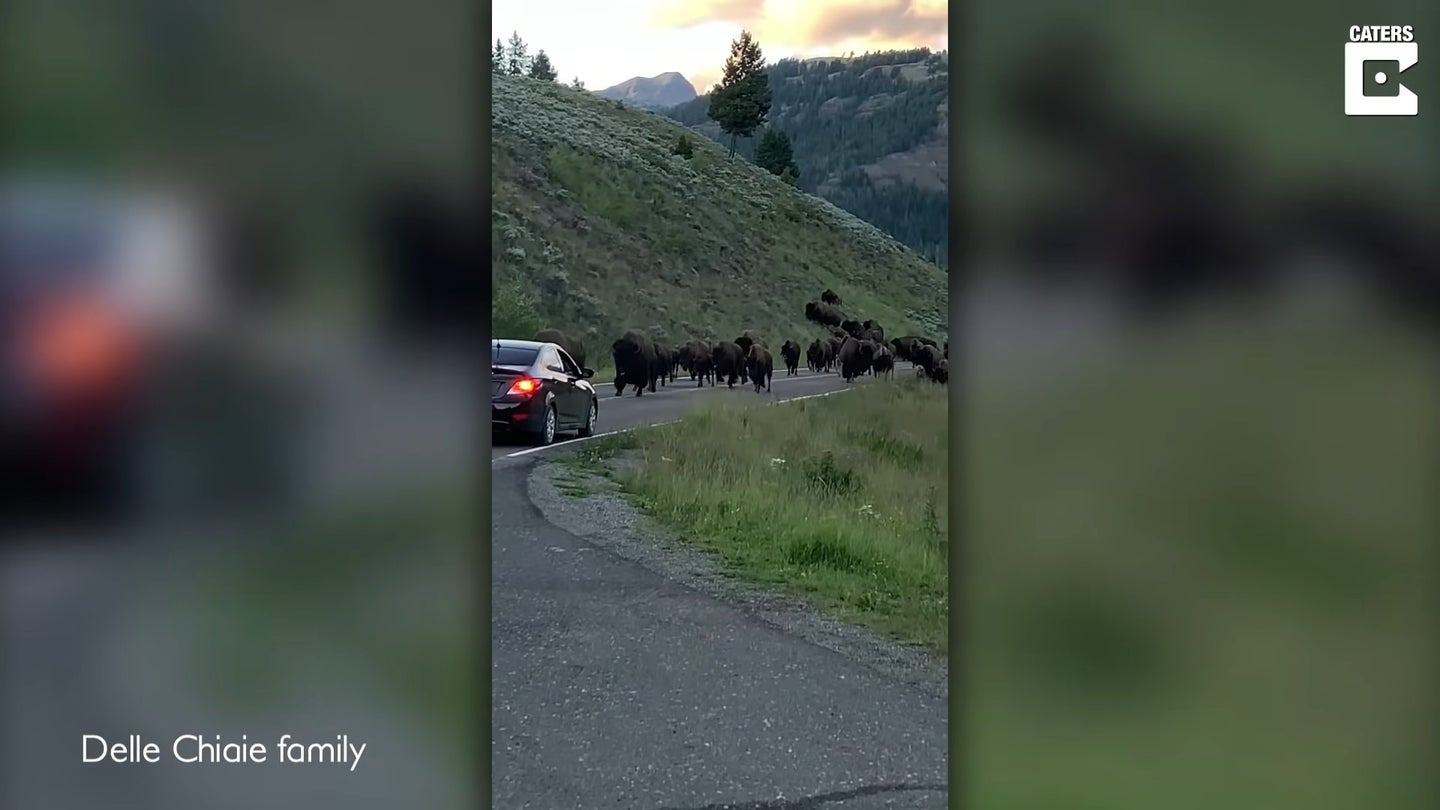 When it comes to rental cars, the idea that "the insurance is a scam" is a pretty common one. One family of tourists, however, likely won't be spreading that old adage around for quite a while after their rental car was unfortunately charged at by stampeding bison. Fortunately for us, the whole thing's been documented on video.

It happened when 50-year-old Bruce Delle Chiaie was vacationing with his wife and three children early last week at Yellowstone National Park. The family was driving through Lamar Valley in the Wyoming part of Yellowstone when a massive herd of bison invaded the road, putting a halt to all traffic. It's unclear what vehicle they were driving, but our little eye spied some Nissan Versa-like air vents.

"We had gone to Lamar Valley to try and view a moose we had seen the night before," said Bruce. He also says in the video that the animals were triggered by a fellow motorist's "backup alarm."

Shortly after Bruce got back inside his car from filming outside, one bison smashed into the family's rental vehicle, reportedly rendering the windshield smashed and the hood crushed. "Ooh, look at the big one in front of us," his wife exclaims just before they get hit. "The whole hood is crushed, the car's plastic is over there," adds her husband.

"I can't believe we didn't take the insurance," Delle Chiaie laments right after the impact. Although Mrs. Delle Chiaie quickly points out that that he had previously assured her that their own insurance policy would cover any accidents. Bruce did not immediately respond to his wife's claims.