There are still trucks out there that can be purchased, but supply is dwindling. 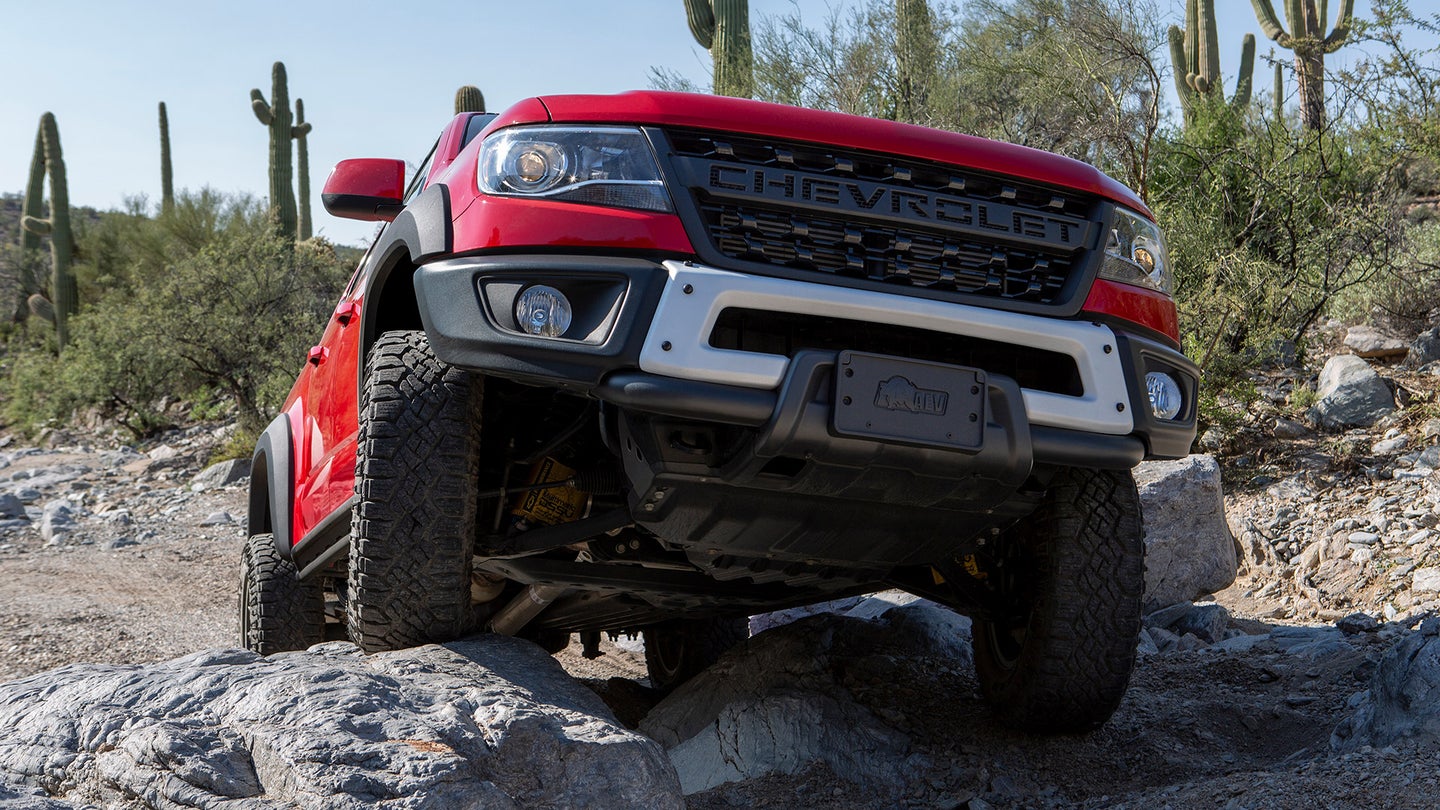 While the Chevy Colorado ZR2 is already a serious off-road pickup, the Bison upgrade takes it and, like Spinal Tap, turns it up to 11. The special package is limited to just 2,000 units per year, and for 2019, the truck is effectively sold out.

First reported on GM Authority, the Colorado ZR2 Bison is sold out for the 2019 model year. Does that mean that if you wanted a Bison right now, you couldn't find one? Not exactly.

The Drive reached out to Chevrolet for clarification about the truck and whether or not it's sold out. A spokesperson told us "the Bison is incredibly popular, and demand from both dealers and customers is exceeding supply." That's obviously a good thing if you're Chevrolet.

"For dealers, they have asked for far more Bisons than we can produce—thus it is 'sold out' from a Chevrolet perspective," the spokesperson said. He continued by saying, "For customers, they should still be able to find a Bison if they are willing to monitor dealer inventory, and call dealers to see if they have a Bison on order that has not been sold to another customer."

That means if you are a customer looking to get into a Bison right now, you can probably still find one. You just have to be willing to look for one or have your local dealership attempt to find you one. Since the truck is in such high demand, you'll want to act quickly to get a 2019 model. Chevrolet told us that they only sit on a lot 10 days on average before being sold. For this industry, that's basically no time at all.

Hopefully the popularity of the truck will convince GM and AEV to continue the truck in the future.