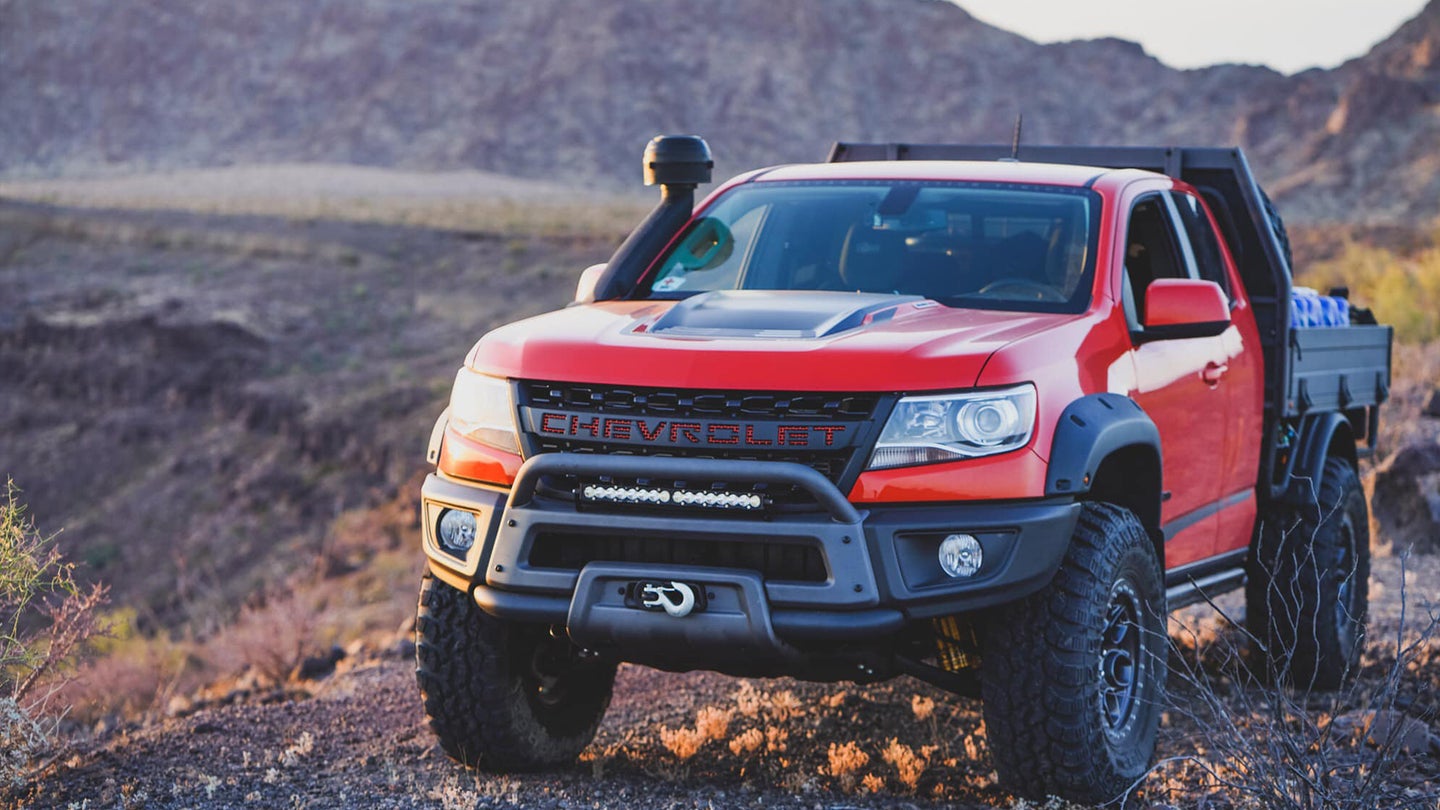 ​While most everyday Americans enjoy driving on smooth asphalt, there is a select group of enthusiasts who’d rather take the road less traveled. But what if we told you that you could take a modern truck and tweak it ever-so-slightly to make it enjoyable both on-road and off? The folks at American Expedition Vehicles (AEV) did just that with a brand new 2019 Chevrolet Colorado ZR2, and its even easy on the eyes.

AEV said that absolutely no lifting was required to fit the larger rubber. In fact, the only modification to the truck's suspension was a GM Performance Parts leveling kit, which was used to remove factory rake in the vehicle's front-end.

The company also notes that it fitted a GMPP steel driveshaft, but in doing so did not compromise the ZR2's factory suspension geometry in any way. Several additional GMPP upgrades are said to be planned for the truck; AEV didn’t mention any specifics, but says it still has no plans to add any additional lift height.

The Bison bumpers are said to be the most complexly fabricated part added to the ZR2 concept truck and are presently being tweaked before making them available for public resale. No word on the availability of the fender flares or tray bed; however, the goal of the concept was to gauge overall interest in the parts AEV has designed for the truck—perhaps that might change in the future.

To prove the truck's worth, the vehicle took part in a three-day expedition which covered a section of the Altar Desert. Immediately following its workhorse duties, the truck began making its way to Overland Expo West in Flagstaff, Arizona—a show which is dedicated to overlanding enthusiasts from May 17 to May 19. In case you can't make it, be sure to tell the folks at AEV your thoughts on their hard work via Facebook.