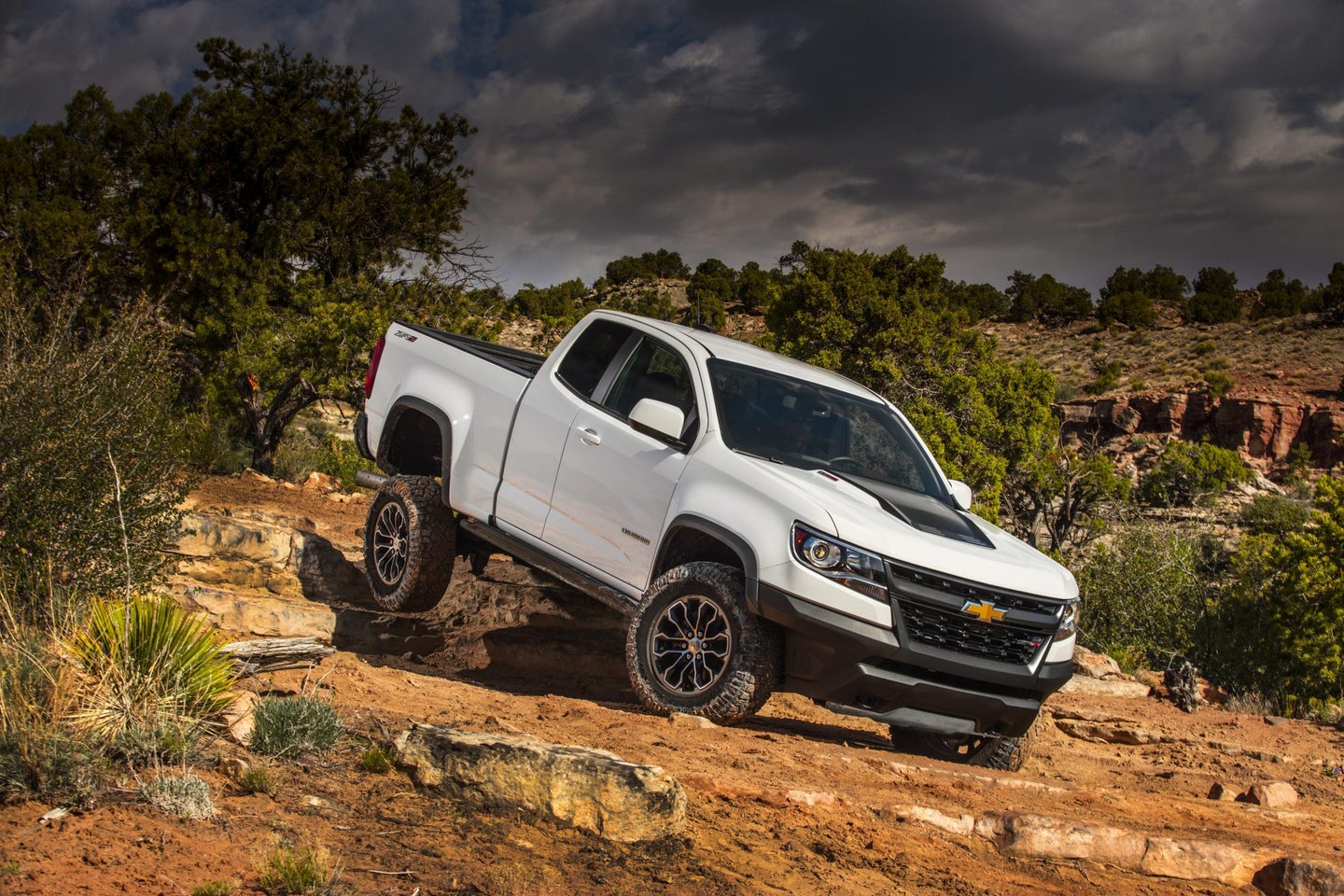 When you purchase a vehicle that is designed and marketed as an off-road machine, you expect it to be able to handle rough conditions with ease. However, owners of Chevrolet's ZR2 version of the Colorado midsize pickup truck are experiencing quite the opposite when their side curtain airbags are deploying unexpectedly while tackling light off-road trails.

According to Jalopnik, several ZR2 owners have experienced this, with the most recent one happening last Saturday. This not only goes against the idea of an off-road truck but also the company's own advertising of the vehicle. Before the launch of the go-anywhere pickup, Chevrolet shared a video series that included thrashing the ZR2 at Badlands Off-Road Park in Indiana without suffering any airbag malfunctions.

In each case, OnStar was called automatically and the seat belt tensioners locked up because the truck believed it was involved in a rollover crash. While this would be normal and desired behavior in a wreck, it's not what owners are expecting when slowly crawling up a rocky trail. This is especially true on a truck with front and rear lockers, a computerized off-road driving mode, and advanced Multimatic DSSV spool valve dampers.

As the video below shows, even a ZR2 that was loaned to KBB for review purposes suffered from this, but it was believed to be a fluke. As more cases come forward, it appears it is not a fluke.

Some owners of damaged ZR2s are still waiting to hear back to see if Chevrolet will cover the repairs, but at least one owner was on the hook for the damage because he modified the electrical system by adding some off-road lighting and a power locking tailgate.

Chevrolet told Jalopnik that "this is normal behavior for a vehicle that thinks it's about to roll over." What is unclear is why it is doing it when it's obvious that a rollover isn't imminent. It's also unclear how many more are affected and if there's a fix in the works.

Chevrolet isn't the only automaker building and marketing a truck for agile off-road use. Ford's F-150 Raptor half-ton truck is described as a vehicle that you can drive 100 miles per hour on any type of terrain, and rumor has it that an extreme Raptor variant could accompany the forthcoming Ranger's U.S. release, aiming directly at the Colorado ZR2.

An off-road excursion nearly ended in disaster, but Chevy’s ZR2 showed why it’s the midsize truck to beat.