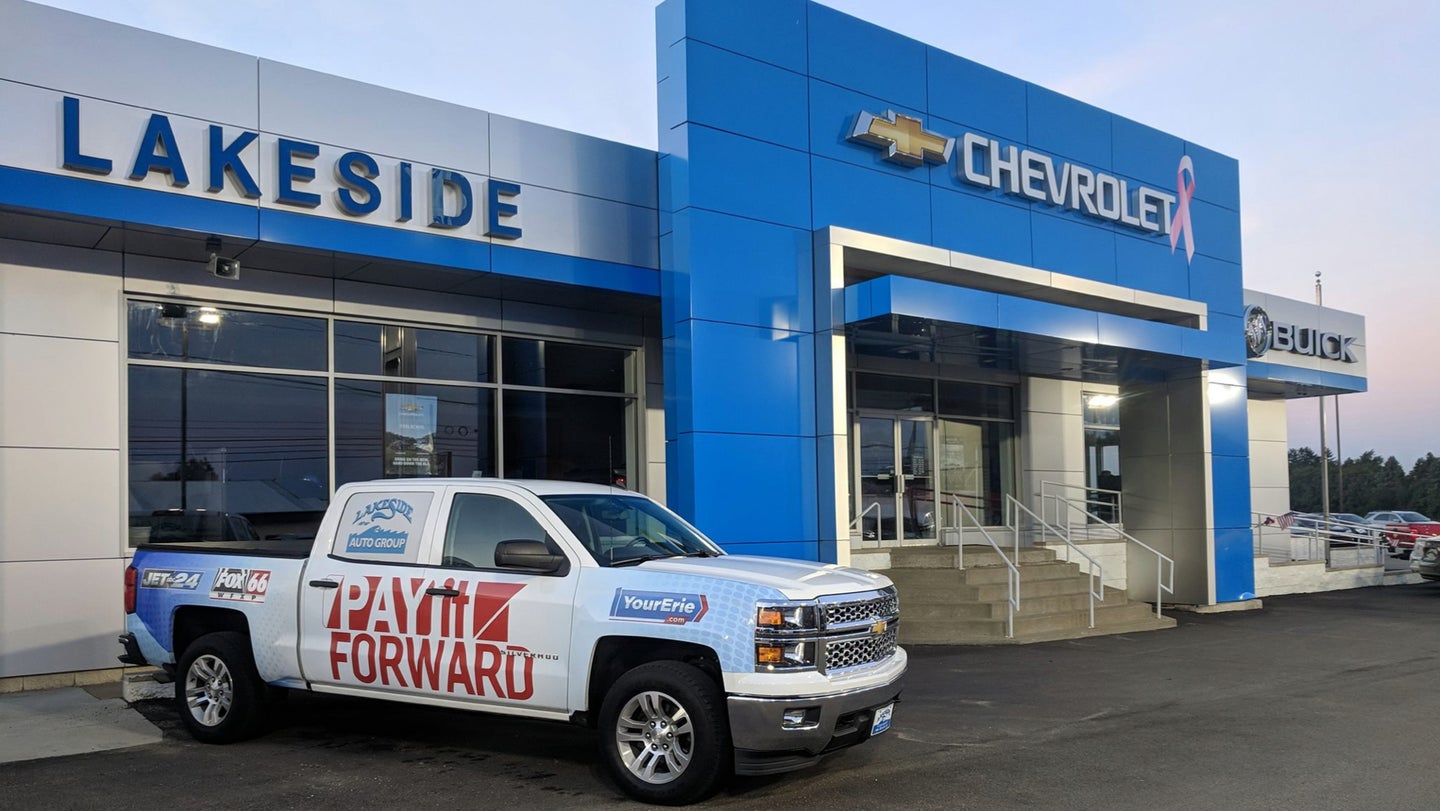 A former head of one of America's largest automotive dealership organizations is accused of making millions of dollars off fraudulent loan applications and faked vehicle sales. Andrew Gabler, who served as the president of the National Independent Automobile Dealers Association from 2018 to earlier this year and ran the Lakeside Auto Group dealerships in Pennsylvania, has been charged with 17 counts of conspiracy, bank fraud, and wire fraud, reports Automotive News.

Per the indictment, Gabler and Bednarski inflated customers' income and falsely indicated that they made down payments on auto loan applications made to financial institutions.

Extended warranty companies were also defrauded as part of the scheme. Gabler specifically was noted in the DOJ's announcement as selling extended warranties and other services to customers but never submitting the paperwork and payment to the companies that offered those warranties. Customers were unaware they did not have the coverage they purchased.

Lakeside Auto Group also financed some of their vehicles through S&T Bank's floor plan financing, which required a payment each time one of those vehicles were sold by the dealer group. Gabler and Bednarski allegedly did not tell S&T Bank when these vehicles sold in order to delay or avoid payments altogether. Six buyers' orders the dealerships filed to S&T Bank in 2016 and 2017 were found to have sales dates later than the sale actually occurred in an audit, Automotive News notes.

Lakeside Auto Group's supposed scheme led to $1.9 million in losses for S&T Bank alone, according to federal prosecutors. Other institutions' losses were not disclosed in court records.

As for where General Motors came in, both defendants allegedly falsified sales of vehicles in order to obtain soon-to-expire incentive rebates. Four instances were listed in the indictment: three for $4,000 Buick rebates in July 17, 2018, and one for a 2017 Chevrolet Corvette on July 17, 2018.

Gabler and Bednarski engaged in fraudulent behavior between roughly January 2015 and January 2019, the indictment alleges. The Federal Bureau of Investigation searched the Lakeside Auto Group dealerships as well as Gabler's home earlier this year on Jan. 30, Automotive News notes, prompting the sudden resignation of Gabler from his NIADA presidency on Jan. 31.

Gabler reportedly faces a punishment of up to 510 years in prison and a $17-million fine if convicted for all counts. His finance manager, Bednarski, faces up to 330 years and an $11 million fine for his role.

Gabler's business practices are the matter of ongoing legal action elsewhere, too, as Automotive News reports. S&T Bank sued Gabler and the Lakeside Auto Group in late 2018 and early 2019 for over $5.6 million due to its misreported sales. First National Bank also filed several lawsuits against Gabler and Lakeside for over $3.1 million in July 2019. Courts appointed a receiver to liquidate Lakeside Auto Group's assets in January 2019 due to the S&T case, raising $3 million for the bank and shuttering all of the group's dealerships.

A General Motors representative confirmed to Automotive News that their dealership agreement with Lakeside Auto Group for the Lakeside Chevrolet-Buick dealership was terminated on Aug. 5 for reasons unrelated to these criminal charges.

The NIADA, which Gabler used to head, represents over 20,000 licensed independent automotive dealers across the United States, per its website. It frequently advocates on behalf of used auto dealers' interests both in legislative matters as well as to the general public.

The Best Place To Buy A Good Cheap Car

There were around 38 million used cars sold in America last year. You want to buy a good one for cheap? Follow these tips to find the pre-owned needle in the used car haystack.